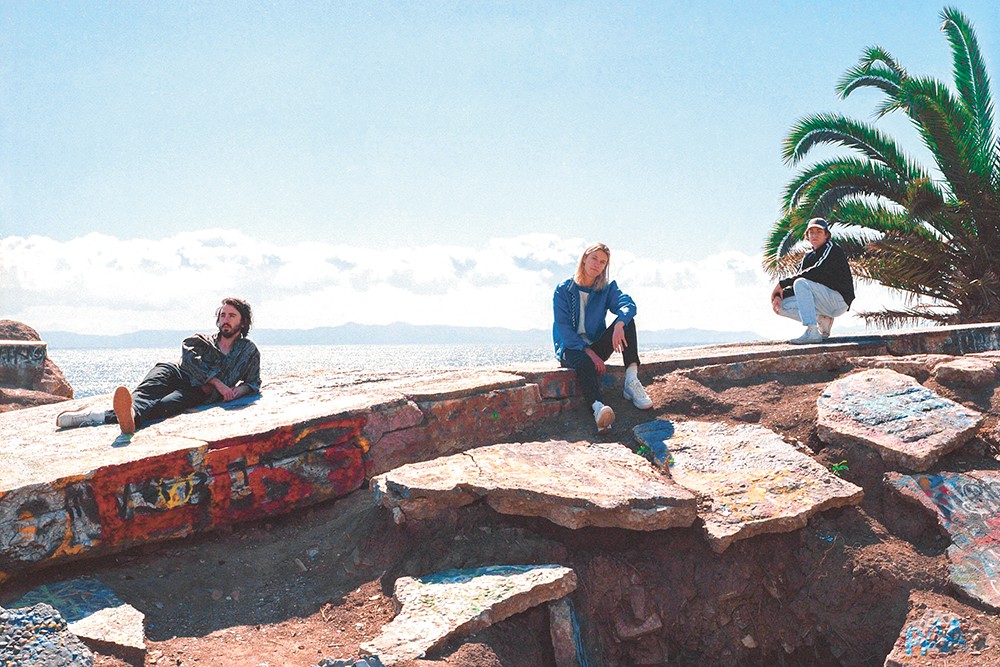 "More than ever, we reinvented ourselves on this album," Abildgaard says. "We got more honest about our emotions and talking about our personal feelings. On past albums, we were singing songs that were ideas or stories, rather than stuff about what we're going through in life. It's kind of cool because we're more ourselves than we've ever been."

Being themselves is what Hot Flash Heat Wave is all about. They have a history of working with outside collaborators and ultimately deciding they're better off doing their own thing. For example, the band recorded their 2017 dream-pop album Soaked with producer Jeff Saltzman (Blondie, the Killers), but the experience left something to be desired in terms of creative control.

"Working with Jeff, he definitely had an opinion, a very strong opinion on certain things," Abildgaard says. "If we had a disagreement, we'd almost have to get in an argument to have it our way. He knows how to go for a certain sound, but sometimes I don't think it was our sound. Looking back on that record, it turned out bigger and cleaner than maybe it would have if it had been fully up to us. It was a great learning experience and some of it turned out really sick, but I guess if I could go back in time we would record everything at our house."

Similarly, the band attempted to find a director to lead the music video for their new single, "Glo Ride," but they ended up getting "all these really bogus ideas we felt didn't represent our band, so we decided to just do it ourselves."

Originally formed in San Francisco, the members of Hot Flash Heat Wave are scattered in the Bay Area and the central Sacramento Valley, but it doesn't really matter where they live "because all we do is work on music and go on tour," Abildgaard says.

They apply a DIY spirit to most aspects of being a band. Bassist Ted Davis does all the design work, including album covers, and Abildgaard prints the merchandise — an important part of the band's strategy for staying afloat on the road.

"For most of our tours, we've been the supporting act, so we don't get paid much per show," he says. "We sort of depend on selling merch to actually make touring profitable."

The band keeps their home studio sessions simple and cost-effective by plugging directly into a recording interface, using guitar pedals to dial in their tones on the floor. Abildgaard says they do a limited amount of computer-based sound editing after the fact, adding touches of delay and reverb, but for the most part they try to capture the character of their instruments.

"We don't really have any fancy equipment and honestly we don't need it," he says. "For our sound, a lot of it comes down to the quality of, say, a raw guitar tone or synth tone. Ideally, if you get a good tone, the mixing process is really easy. They don't have to do too much, just clean it up a bit."

And rather than having one frontman, the band takes a democratic approach to lead vocals. Basically, whoever writes the song gets to sing it, Abildgaard says.

"If it's your baby, you sing lead. And it's funny how that works: The more you work with one another, the more you get inspired by each other's sound, so it doesn't really matter who writes the song — it all sounds similar."

What really matters is that they're handling the enterprise of Hot Flash Heat Wave almost entirely themselves. Whether it's the music, merchandise or videos, they want to do it their own way.

"When you have full creative control," Abildgaard says, "you get the best results." ♦

BRONCHO's wiry, hedonistic indie-rock is going to get stuck in your head