By Kirsten Harrington and Blair Tellers 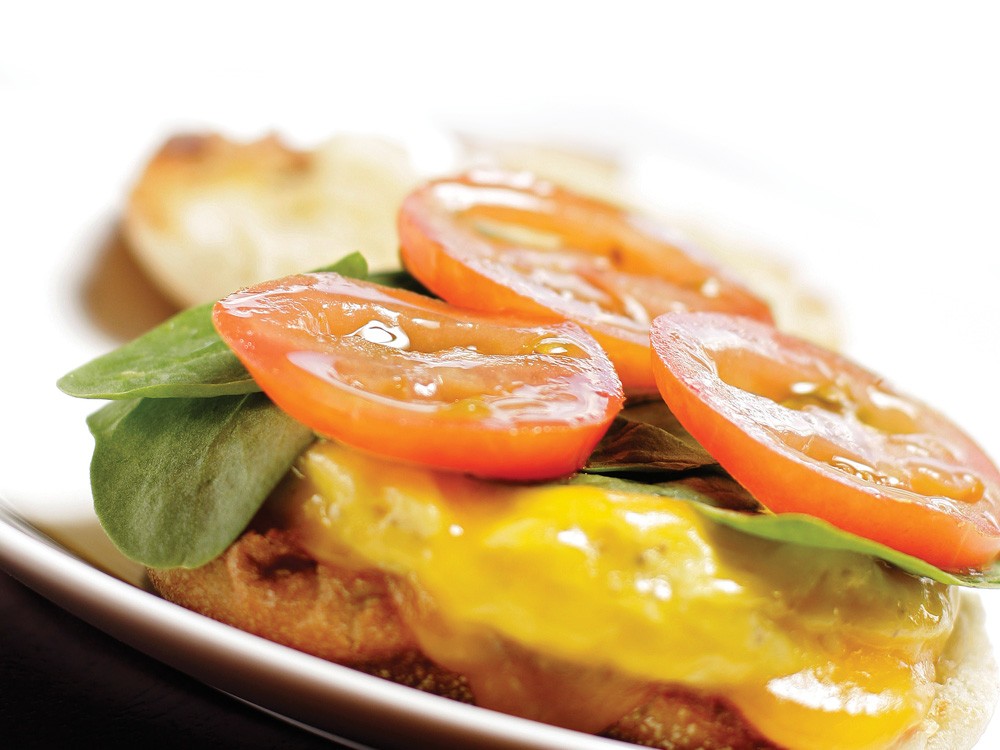 It’s not like it’s a trend or anything, but when a Mexican café on Monroe and a Pig-centric coffee shop opened up on Sprague catering to breakfast and lunch-hour crowds, we were all over it.

Don’t get us wrong: it’s not like we don’t like lunchfast in this town (especially since its similar yet distinct cousin, brunch, is so hard to come by). It’s just that, around the core, most everything’s been dined to death. The idea of huevos machaca in the morning and the Hercules Mega Pig at noon, well, that was just too much to pass up. Check it:

Fans of the now-closed El Gallo Giro (on Sprague near Freya) will be happy to learn the restaurant’s owners have opened La Esquina Mexican Café on North Monroe in the old Top Notch Café space. Cesar and Patricia Martinez hope a new location near the courthouse will attract more traffic than their previous location in a culinary hinterland.

After closing El Gallo Giro, the Martinez family relaxed, took a break and regrouped, explains Patricia. But when the North Monroe space came on the market, the opportunity was too good to pass up. With a fresh coat of sunny yellow paint and some south-of-the-border artwork, the Martinez family was back in business. (“La esquina” means “the corner,” for you English-speakers.)

The menu features six different all-day breakfast platters, including the chilaquiles con huevos, scrambled eggs and fried tortilla strips cooked with a spicy green salsa (made fresh daily) and served with rice and beans. I tried to stop myself, but the dish was so tasty I cleaned my plate. The breakfast is a bargain at $6 — I was fueled for the whole day. Other breakfast items include chorizo sausage and huevos rancheros, served on a platter or burrito style.

In addition to breakfast, the menu includes several popular dishes from the restaurant’s previous location, including arroz con camarones, fajitas, and the “muy grande” burritos, with your choice of meat: carne asada, chicken, pork adobada or lengue (tongue). Prices range from $7-$12. Smaller appetites can choose from tacos ($1.55 each) and snack-sized sopes, little round tortilla bowls with various toppings ($2.75).

La Esquina also offers tamales by the dozen and enchiladas with a choice of four different sauces, including mole, a house special made from a Martinez family recipe. You’ll also find tortas, traditional grilled sandwiches with beans and meat.

As the cooler weather approaches, La Esquina plans to offer hearty soups like chili and hominy-laden pozole, which is traditionally purported to be the perfect cure for a hangover.

The Flying Pig gets its name from a mixture of hope and resignation. “We always talked about opening up our own place,” says Jacob Rauth, who runs the café. “And the joke was, ‘We’ll do it when pigs fly.’”

Rauth operates the restaurant with his wife, Erin, and his mother-in-law, Marsha Loiacono. The three previously worked at Great Harvest Bakery in Lincoln Heights, Loiacono as far back as 1991. She says this gig was an ideal segue.

“We like people,” says Loiacono. “And everything’s better with bacon, right?” Bacon or any other form of pork, like the Pig’s delicious homemade biscuits with sausage and gravy, breakfast burrito, or English Muffin with egg, Tillamook cheddar, sausage or ham (spinach and tomato for vegetarians) — and for only $3.50 for any one. There are also hearty slices of quiche ($4.25), dozens of baked goods made on site and Craven’s coffee/espresso to pair.

“We decided that where we really need to build our business is in the mornings,” says Loiacono.

But don’t hesitate to swing by for lunch.

Feeling ambitious? Confront the Hercules Mega Pig ($7.25), a collision of the two. Both were selling so well, Jacob rationed, why not take two awesome sandwiches and make a mega-awesome sandwich?

We devoured the Flying Pig ($6.25), a finger-licking creation defined by its cranberry sauce and herbed cream cheese, along with the gooey chocolate chip cookie that it came with.

The Pig’s interior is cute and cozy: High ceilings, purple walls, a chalkboard surrounds the place and there’s free Wi-Fi.

Just be sure to enter the right building. Two steps to the left, and you’re in the Rainbow Room. (A bar. With dancers.)

“We painted the front of our building green, to show that we’re a separate place,” says Loiacono. “We’re the pot of gold at the end of the rainbow.”

Last Thursday of every month, 4-7 p.m. Continues through Sept. 30