Campbell Soup prepares a return to its (canned) roots 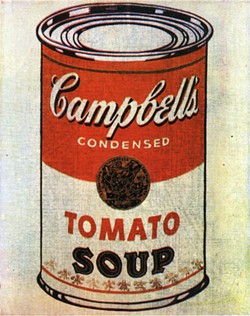 Nearly 150 years ago, Campbell Soup Co. was founded as a seller of canned soups and vegetables. But over the past decade, as consumers demanded fresher food options, it has tried to oblige.

Now it is reversing course.

Campbell said Thursday that it planned to sell its fresh food and overseas businesses as it retreats from efforts to move beyond its historical strength in packaged foods.

In seeking to sell divisions like Bolthouse Farms, a line of refrigerated juices, the company acknowledged that it was better off focusing on canned soups and snacks. And ultimately, it may sell itself altogether.

Some, like PepsiCo, have persevered in moving toward fresher fare. Others, like Campbell — which bought Bolthouse in 2012 during the tenure of its previous chief executive, Denise Morrison — have found that strategy harder to follow. In a separate announcement Thursday, the company said that its organic sales for its 2018 fiscal year fell 2 percent from the same time a year ago, while its gross margin fell nearly 7 percentage points.

The decision to sell just a part of itself may be disappointing to shareholders eager for more drastic steps to turn around its stagnant business. In particular, activist investors like the hedge fund Third Point have urged Campbell to sell itself completely.

Campbell’s interim chief executive, Keith McLoughlin, said in a statement that directors had considered several options, including selling the entirety of the company. The decision at the end of that review was that selling the international and fresh food businesses would be the right move.

But the company left open the door to selling its remaining business. “The board remains open and committed to evaluating all strategic options to enhance value in the future,” McLoughlin said.