Campy comic book movies that are way better when you're stoned

Superhero movies are all the rage right now. Between DC and Marvel, blockbusters about spandex-clad crime fighters are filling theaters and raking in billions of dollars every year. But how many of them are stoner friendly?

You want something light, goofy, maybe even straight-up dumb, so here are a handful of superhero movies that are best enjoyed with a joint or two. Some of these are good, some are bad and others so bad they're good. Let's put the "green" in Green Lantern. 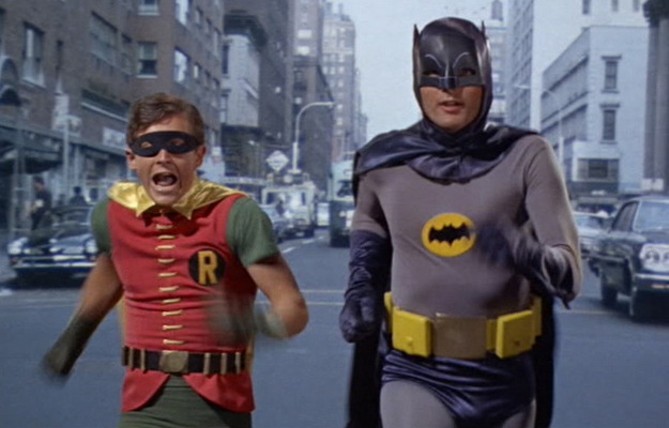 The 1960s Batman TV series starring Adam West has long been a stoner staple, with its pop-art color schemes and wild comic-strip aesthetic, complete with "POW!" and "BAM!" text bubbles that fill the screen during fight scenes. This feature-length spin-off is more of the same but on a bigger budget, with all the series' iconic villains — including Burgess Meredith's Penguin and Cesar Romero's Joker — teaming up to take down the Caped Crusader. Holy bong rip, Batman!

Marvel isn't known for its forays into experimentation, but Doctor Strange is probably the closest the studio has come to dabbling in full-on weirdness. It begins as a pretty straightforward origin story, but then its titular character has a transcendental, dimension-hopping head trip, and the movie dives headlong into Mac screensaver territory. There are also those far-out sequences of entire cityscapes infinitely folding in on themselves; it's like Inception atop Inception. Whoa. 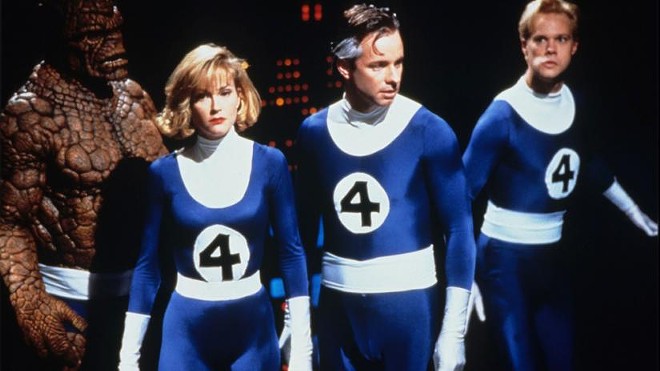 Stan Lee and Jack Kirby's cosmically endowed quartet have had three dumb, high-profile movies made about them, but have you heard of this obscure, low-budget adaptation produced by schlock master Roger Corman? The film was never officially released (some claim it was never intended to be seen) and only exists in bootleg form, but that sort of adds to its endearing cheapness. It's so plastic that it almost exists in the uncanny valley. Bonus: You can watch it for free on YouTube.

If a 1950s comic book were made flesh, it would probably look an awful lot like this campy fantasia, which is indebted to the same old-school sci-fi serials that inspired Star Wars. It's flimsy and insubstantial, but that's sort of the point. The primary-colored visuals would really come alive under some impairment, and the killer Queen soundtrack would sound even more epic.

Probably best known for being the vehicle for the Smash Mouth song "All Star," this off-kilter superhero comedy plays now like the first entry in a franchise that never materialized. It fizzled at the box office but has since developed a cult following, boasting an awesome cast that includes Ben Stiller, William H. Macy, Janeane Garofalo, Paul Reubens and Geoffrey Rush. Its scatological and slapstick gags are recommended for the very young or the very high.

This movie is bad. Really, really, really, really bad. The titular superheroine's sidekicks are go-go girls, there's a Mexican wrestler, a hearing aid that's also an atomic bomb and pills that cause you to dance uncontrollably. It's totally nuts and totally horrible, but unlike anything you've seen before, and we recommend you see it via the episode of Mystery Science Theater 3000 that makes fun of it.

The original print version of this article was headlined "Superhero Highs"