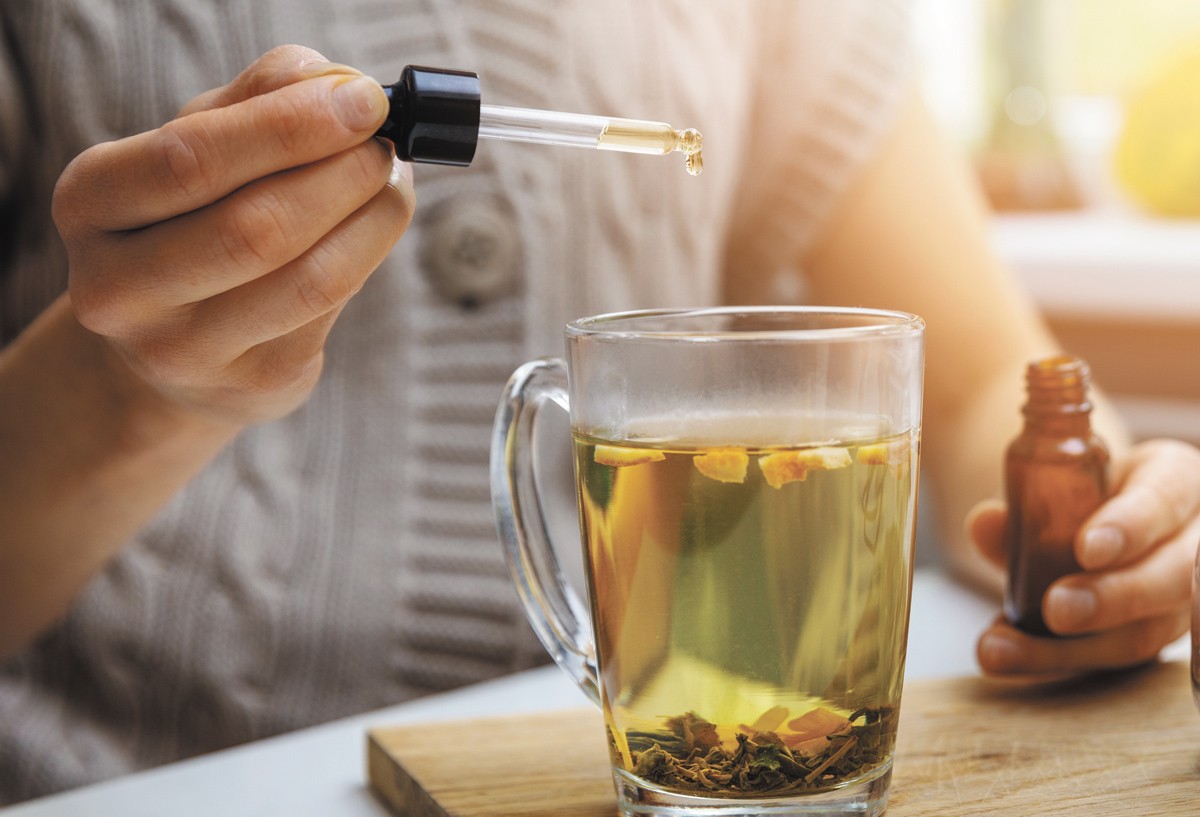 Adaptogens are a broad category of herbs and plants thought to have medicinal qualities. As the name implies, they aim to help your body adapt – usually to stress, but also to ailments like fatigue and exhaustion.

Various adaptogens have been used for thousands of years in traditional Chinese and Indian Ayurvedic medicine. There are dozens of different types, but holy basil, ashwagandha, ginseng and astragalus are some of the most common.

Renu Sinha is a Spokane surgeon who trained at some of the top U.S. medical schools. She also has a clinical education in Ayurveda. She's a proponent of adaptogens, though she emphasizes that they aren't a magic cure. If you're drinking alcohol and smoking every day, adaptogens aren't going to make your stress better. The herbs can help, Sinha says, but only if the person using them also takes steps to examine the root causes of their stress.

Anticipating and controlling stress is a personal endeavor that requires a holistic approach, Sinha says. Your environment, diet, work and relationships all play an important role in your stress levels.

"We want people to have realistic expectations," Sinha says. 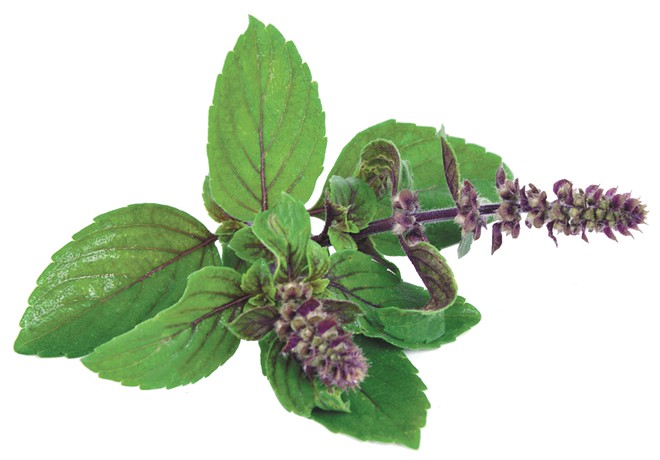 Adaptogens have traditionally been absent from Western medical practices, though Sinha says there's growing interest among some physicians. The scientific research landscape is still murky, and Sinha says more studies are needed. A few studies have found positive correlations between adaptogens and stress reduction, but many have been inconclusive or struggled to draw concrete findings. Something like stress can be tough to measure empirically because it impacts everyone differently.

Western medicine is good at addressing acute problems, Sinha says, but it sometimes struggles with chronic illness. While more research is needed, Sinha says adaptogens can play a role in Western medicine, alongside other holistic approaches like yoga and meditation.

"We have an obligation to provide the truth to patients, and if we don't know we have to say we don't know," Sinha says. "But if it doesn't harm you, and it seems to help you improve, we're OK with it."

Sinha stresses that people should consult their doctor before incorporating adaptogens into their diet. Research has found adaptogens to be largely harmless, but taking too much of some types can have a caffeine-like effect, impacting blood sugar levels or making your heart beat faster. People who are pregnant, diabetic or have heart conditions should be cautious, Sinha says.

Adaptogens come in a variety of forms. They can be brewed into tea, mixed with food, and taken as capsules or powder. While many of the most common adaptogens are herbs or plants, adaptogenic mushrooms are also increasingly popular. Rob McFarland first became interested in adaptogenic mushrooms about four years ago, when he was catching frequent colds while working at an office job. He wanted to boost his immune system and started looking into the medicinal benefits of reishi mushrooms.

Reishi mushrooms seemed to help, so McFarland started doing more research and began growing mushrooms of his own. He and his wife now run Far Land Fungi, a Spokane-based mushroom farm that specializes in both medicinal and gourmet mushrooms.

The most popular mushroom they sell is lion's mane, a stringy, white mushroom that resembles its namesake and is thought to benefit cognitive health. Thanks to a recent Netflix documentary and other popular media, most customers seem to already know about lion's mane. McFarland says demand is so high they're having trouble keeping up with production.

"It's sort of in the cultural zeitgeist," McFarland says. 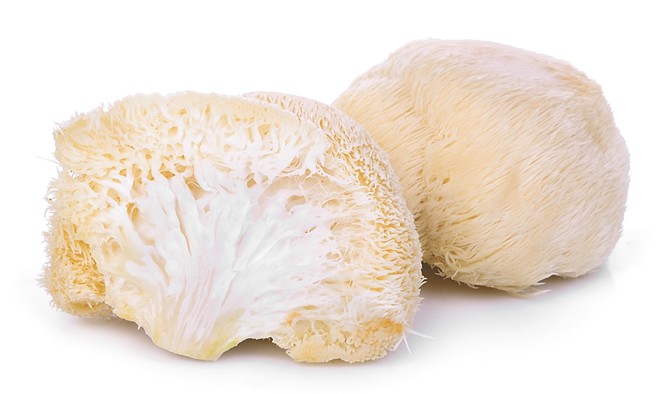 McFarland's take seems accurate. While once relatively obscure, adaptogens have seen a surge of interest in recent years, driven in part by a growing millennial wellness industry and a string of celebrity endorsements.

"Alright ashwagandha. Help a girl out here," Jennifer Affleck says as she pops a gummy in a recent ad for supplement brand Goli Nutrition.

Gwenith Paltrow's Goop company sells supplements containing adaptogens. Strangely, so does Alex Jones' InfoWars. You can find them in natural food stores and farmers markets, but also at places like Sephora and Nordstrom. A report from Transparency Market Research estimates that the global adaptogen industry will be valued at $23.4 billion by 2031.

Adaptogenic products aren't regulated by the FDA. That doesn't mean they're unsafe or don't work, but it can open up the industry to bad actors who overstate the benefits of their product. Sinha recommends consumers seek information from reputable government and medical websites.

"You've got to remember that the companies are here to sell you a product," Sinha says. "So sometimes, whether they mean to or not, they might make exaggerated claims."

Sinha thinks some of the growing popularity of adaptogens can be attributed to the stress of modern life.

Almost half of American adults report that their lives have become more stressful over the past two years, according to the American Psychological Association's annual "Stress in America" survey. Medical understanding of the effects of stress has also improved in recent years. It's not just a negative emotion — prolonged stress can cause tissue and organ damage and make chronic health conditions worse, Sinha says. 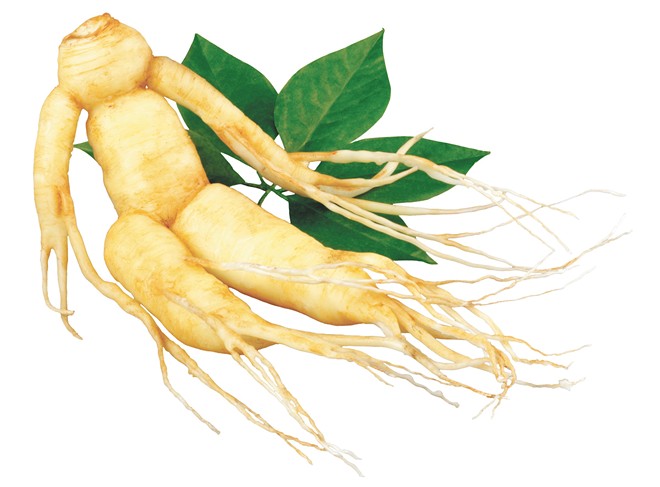 Google Trends data show a small number of searches for "adaptogens" in the 2000s and early 2010s. Search interest started increasing around November 2016 (a stressful time for many) and has been steadily climbing since. The largest share of the web traffic comes from Oregon; Washington is fourth.

"When you exceed the amount of stress that your body can handle or your mind can handle, that's when you have problems," Sinha says.

McFarland says stress is by far the most common thing customers want to treat with adaptogenic mushrooms. He uses them himself and says they've helped him manage the stress that comes with operating a mushroom farm and other businesses.

"I think the stress that puts me under would take a far greater toll if I wasn't supplementing," McFarland says. 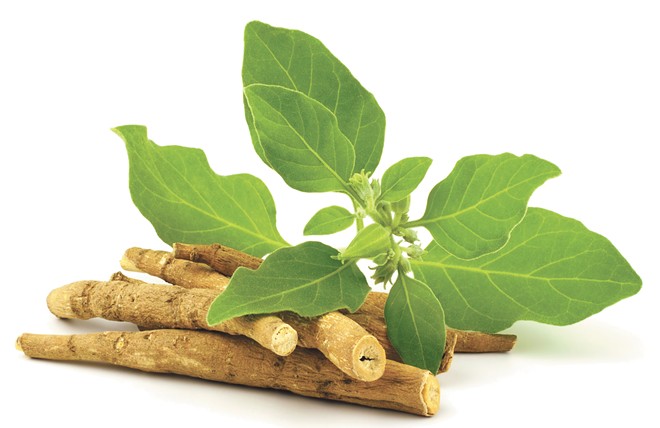 Ashwagandha is probably one of the most well-known adaptogens. It's an Indian herb that's been used for thousands of years. It's thought to have a calming effect and can be useful for chronic stress, Spokane Doctor Renu Sinha says. The herb is also thought to help with fatigue and insomnia.

Sinha says people should avoid using ashwagandha if they are pregnant, have a thyroid problem or are on certain medication like sedatives. It can be taken in capsules or mixed with food or drinks like tea.

Holy basil is also common in traditional Indian medicine. It has purpley, dark leaves and is thought to help with depression, fatigue and anxiety, Sinha says. Holy basil is also easy to grow, it just needs to be outdoors in the heat. You can put the leaves directly in your drink or brew it in tea. It doesn't have many side effects, Sinha says, though taking very large amounts might lower your blood sugar.

Asian ginseng is thought to improve the immune system and stamina, and might have some benefits in dealing with upper respiratory infections, Sinha says. You can take it in capsules or tea. The downside, Sinha says, is that it can act as a stimulant, increasing blood pressure and anxiety and making insomnia worse. 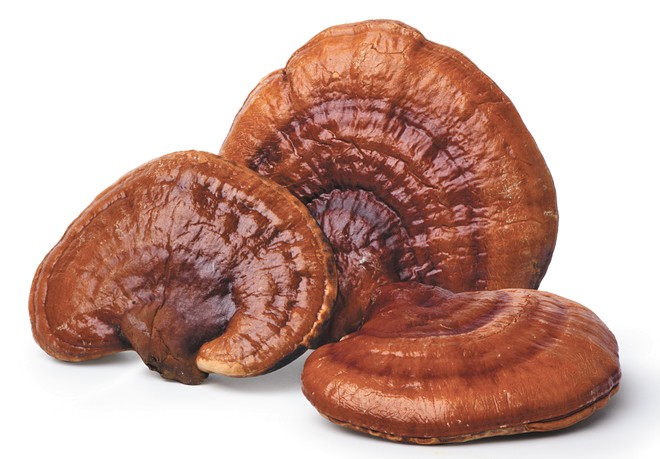 McFarland says reishi mushrooms are probably the best jumping off point for people new to medicinal mushrooms. They're typically taken as tinctures or as a tea, though local mushroom grower Rob McFarland warns that the flavor can be pretty potent. ("It's not something that you're probably going to order from the coffee stand," McFarland says.) Reishi is one of many mushrooms that have long been used in many Asian countries for immune support.

This mushroom is thought to improve concentration, memory and other aspects of cognitive function, McFarland says. Enthusiasts like Paul Stamets, a mycologist in Washington state who was featured prominently in Netflix's Fantastic Fungi, have also pointed to the mushroom's potential benefit for dementia patients. It can be taken as raw, in powdered form or in tinctures.