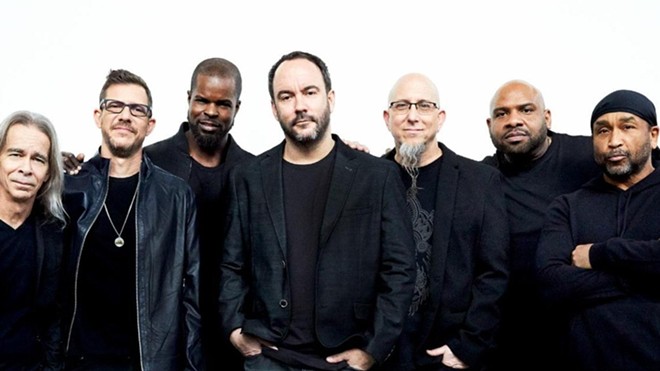 Danny Clinch
The Dave Matthews Band's Labor Day pilgrimage to the Gorge isn't happening this year.
This is normally the time of year when we're up to our eyeballs in concert announcements, but in these topsy-turvy times, we're instead having to write about all the concerts being canceled due to COVID-19. It's a real bummer.

Amongst this week's batch of postponed events is the Festival at Sandpoint, which usually takes over War Memorial Field for two consecutive weekends in August. That, obviously, isn't happening in 2020.

"We know that a global pandemic does not stop at the Long Bridge and it would be irresponsible to gather 30,000 people this summer over the course of our two-week event," interim executive director Ali Baranski wrote in a statement on the Festival's Facebook page.

Season passes that were purchased for this year will now be honored in 2021.

The Browne's Addition summer concert series, an annual tradition in the historic neighborhood since 1996, also isn't happening this year. A go-to event for families, the series draws crowds to the gazebo in Coeur d'Alene Park with an eclectic mix of local artists. The free shows will continue in 2021, likely in June.

And the Gorge Amphitheatre, a destination point for so many touring bands in the summertime, has had to nix a number of its events this upcoming concert season, including Journey and Brad Paisley's now-canceled May gigs. New dates for those shows have yet to be announced, but there is a glimmer of hope here: Popular jam band Phish has rescheduled their three-day Gorge stint to July 16-18 of next year, and Gorge regular Dave Matthews has also moved his celebrated Labor Day weekend concert to next summer.

Keep an eye on Live Nation's updated list of rescheduled and canceled events.