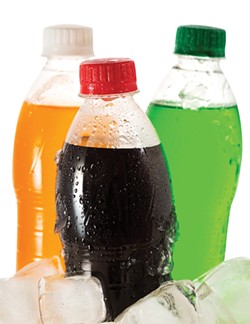 As cannabidiol (CBD) continues to become more common and profitable — estimated to become a $1 billion industry by 2020 — companies and medical professionals are seeking ways to implement and introduce the multipurpose product.

According to Bloomberg News, the beverage juggernaut Coca-Cola is looking to add CBD-infused drinks to its product line. The company is in talks to begin a partnership with Aurora Cannabis, a Canadian cannabis producer that is seen as a major player on the Toronto Stock Exchange.

Coca-Cola spokesman Kent Landers says in a statement to Bloomberg News, "We are closely watching the growth of nonpsychoactive CBD as an ingredient in functional wellness beverages around the world."

The move would fit into the company's efforts in the wellness-beverage game after the drop off with Vitaminwater and would certainly signal a new level of mainstreaming, should Coca-Cola move into the CBD business.

From Ohio to Idaho

Many misconstrue the Food and Drug Administration ruling on a CBD prescription drug as proof positive that CBD is legal in all 50 states. While the compound itself is approved, some of the ways that the compound is derived are not.

A product made from hemp should have no problem passing all states' tests for admittance, considering that THC levels in the plants are usually around .3 percent. However, CBD derived from cannabis plants usually are dealing with upwards of 30 percent THC, which would be considered illegal in nonlegalized states.

Ohio, which recently passed medicinal laws for cannabis, is in a legal mess over whether to allow cannabis-derived CBD as it struggles to set up dispensaries in the state. On top of that, the Pharmacy Board of Ohio is now stating that CBD products in general are illegal if they are not being sold in a licensed dispensary.

The state is now demanding that CBD oils go through the same testing and compliance protocols that products containing THC face. Closer to home, Idaho remains one of the states where cannabis-derived CBD oil is considered illegal.

Consumers with inflammation and chronic pain have found relief in CBDs, but more and more studies are also showing that the oil also can help those dealing with stress and anxiety.

Considering the drug's reputed ability to positively impact the neural pathways of the body and reduce inflammation, those dealing with oxidative stress could see impactful benefits with application or ingestion for stress, studies show. Some suggest a morning regimen could improve function throughout the work day, and a nightly regimen could impact the quality of sleep you're having if you're dealing with sleeping disorders or are a known light sleeper.