Cannabis loses a great activist; plus, efforts to codify protections for medical marijuana 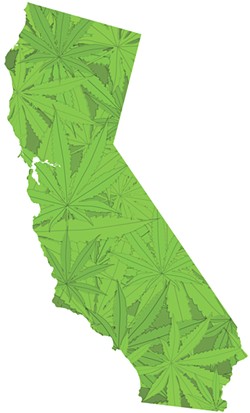 California was the first state to legalize medical marijuana largely due to the activism by Dennis Peron.

The cannabis community lost a legend last weekend when activist Dennis Peron passed away at 72. Peron is credited as a pioneer in the movement of medical marijuana, most notably during the height of the AIDS epidemic in the 1980s. In 1991 he helped pass an ordinance legalizing medical pot in San Francisco and in 1996 authored Proposition 215, which made California the first state to legalize cannabis for medicinal reasons.

His activism can be traced back to his decision to relocate after the Vietnam War. He returned from his tour with two pounds of cannabis and the need to be open with his sexuality. He became a staple of the Castro neighborhood in San Francisco and was a friend and ally of Harvey Milk.

Castro's large gay population was a focal point of the AIDS crisis, a disease that took Peron's partner Jonathan West in 1990.

"At that point, I didn't know what I was living for," Peron told the Los Angeles Times in 1996. "In my pain, I decided to leave Jonathan a legacy of love. I made it my moral pursuit to let everyone know about Jonathan's life, his death and his use of marijuana and how it gave him dignity in his final days."

Medical marijuana served as an anti-nausea aid during treatment. Throughout the rest of his life, Peron remained a staple in the Castro community, owning a boutique hotel in the neighborhood.

Buds and the Budget

Lost in the conversation on the government shutdown and the Feb. 8 budget deadline is the state of the Rohrabacher-Blumenauer amendment, which would prohibit federal regulators from messing with state's medical-cannabis laws.

The amendment is part of the appropriations bill for the Department of Justice, which is also tethered to the overall budget bill. Congressman Dana Rohrabacher is optimistic that once a budget is agreed upon, that the focus can shift to making the amendment to the bill a federal law.

"That law will then codify the position and keep it there as a matter of record," Rohrabacher told Leafly. "It will also allow for people to mobilize, to get behind one piece of legislation. Then everyone can go to their elected officials and say, 'Look. This is what we're demanding,' and actually have a major push." ♦

The original print version of this article was headlined "Pot Pioneer"