The last president of the Downtown Spokane Partnership was fired after less than a year — can a former county commissioner do better? 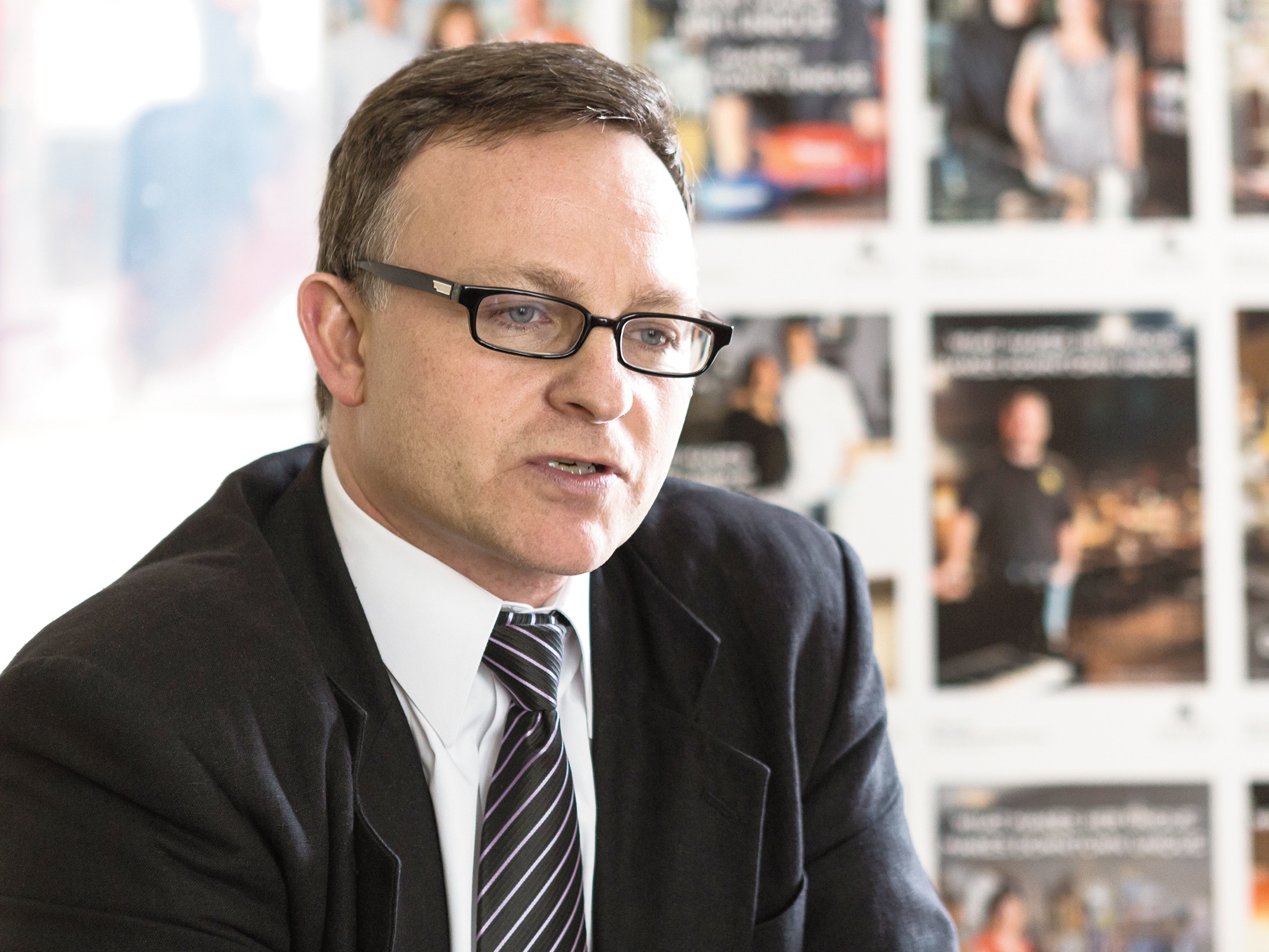 Stephen Schlange
Mark Richard is settling into his new job at the Downtown Spokane Partnership.

Mark Richard, today in a dark suit and thick glasses, has been in his new job for less than two weeks. He’s still in the stage of meeting board members, shaking hands and rapidly trying to get up to speed.

“I have to pinch myself,” Richard says. “It really, in my mind, is an ideal fit.”

Last spring, Richard announced he wouldn’t run for another term as county commissioner. Yet this new job, president of the Downtown Spokane Partnership, can be just as political.

The Downtown Spokane Partnership, a private nonprofit, tends to the 80 downtown blocks of the Business Improvement District (BID), stretching from the railway viaduct to parts of the Spokane River’s north bank. The Clean Team wipes away graffiti, the Security Ambassadors respond to business complaints, the marketing team puts on events like the First Friday Artwalk. The DSP’s efforts can affect parking meter strategy, landscaping, infill development and state laws. It’s a broad mission that, as downtown and the adjacent University District grows, may become even broader.

And the last person to lead that mission was fired. A few months ago, Mike Tedesco had Richard’s job at the Downtown Spokane Partnership. Like Richard, he was a local Spokane man hired after an extensive nationwide search. But after 11 months, Tedesco was suddenly fired without cause. Board chairman Stanley Schwartz won’t elaborate on the reasons for the termination beyond, “Mike Tedesco was not a good fit for the organization.”

Thanks to an undisclosed settlement, Tedesco is limited to what he can say, but indicates his frustration is far-reaching. “What I always had a hard time with is the fundraising aspect of paying the bills,” Tedesco says.

He adds that he worries about the conflict between specific businesses and what is best for downtown.

Last year, he says he pushed for the H&M clothing to locate downtown, but says he got backlash from real estate brokers accusing him of “meddling with the market.” The store chose Spokane Valley instead. “You cannot agitate people that write checks to you,” Tedesco says.

“The situation with my predecessor doesn’t faze me at all,” Richard says. “So long as I’m exceeding the expectations of my boards, and so long as I’m enjoying what I do, I think I’ll be here.”

In the year ahead, Richard says the DSP will tackle conversions to new smart parking meters — allowing drivers to pay with a debit cards — and beautifying the Division Street entrance to downtown. The rest hinges on the direction of the board’s retreat in March: They might focus on how they can impact the University District, development regulations or the new convention center.

Schwartz says the board’s discussion has shifted in the last year, broadening beyond talk of business to investigate social and environmental issues. “We need to look at and try to do a better job of addressing homeless people, youth and people in need,” Schwartz says. “It’s not just about more police, or throwing more people in jail. It’s about alternatives.”

Meanwhile, Richard says the boundaries of Spokane’s BID may expand even further, perhaps all the way from Kendall Yards to I-90.

As for Tedesco, he’s started a new vending machine business, which he finds more relaxing — maybe too relaxing. “My mind is going to get bored here in about a year,” Tedesco says. He wants to get back into politics.

“I’ve seen behind the curtain. I understand what happens behind it,” he says.

Maybe he’ll run for the directorship of a still-to-be-created Spokane port district. Or maybe, he speculates, he’ll run for county commissioner.