The inaudible language between me and my father 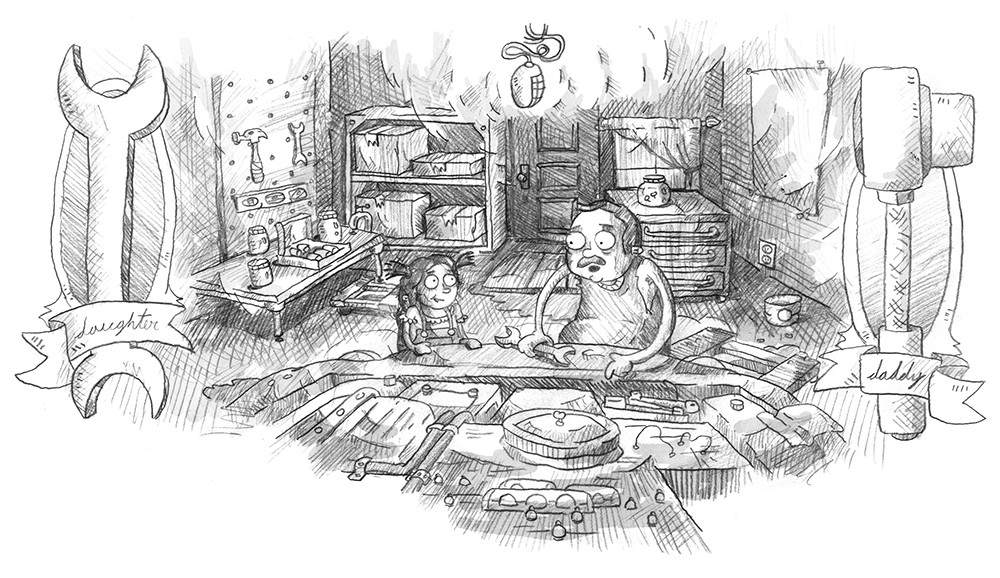 My stomach flips. The hood of my car just flew up while driving down the freeway, cracking my windshield and leaving me blind and motionless. I can taste the tears and mascara running down my cheeks and onto my lips.

The familiar vibration of the rumble strip along the side of the road jolts me back to life and signals that I've reached the shoulder before turning off the ignition.

"He's going to be so disappointed in me," I gasp, clawing for my cellphone.

My father loves the rusted 1990 Toyota Camry more than me.

It's an argument my mother and I will battle over to the end of days, and an unspoken pledge he made just hours prior to the wreck that waffled my hood and left me puking along the side of the road.

My father doesn't know how to show love, but he knows cars.

He cannot tell me he loves me, so instead he reminds me to put the car in neutral when stuck in traffic. He cannot offer kind words or condolences when the man I loved broke my heart, but he can remind me to check my oil.

This car talk is the cryptic code my father uses to show that he cares. It's taken me 26 years, three wrecked vehicles and a blown hood to crack it.

I know my father not by the scruff of his beard or the uncanny resemblance he bears to John Belushi, but by the cracks in his hands. Hands that lumbered, like his father before him, in the sawmills in Colville. Hands that wed my mother in a wooded roadside chapel in Post Falls at age 18 and, by the time I was born, were grooved and calloused by studded tires and endless turns of a wrench.

"He just always knew that's what he wanted to do, was work on cars," my mother says, forever the mouthpiece of their 31-year marriage.

He studied automotive repair at Spokane Community College but quit and started working for a garage in Newport at 19. As a child, I remember eating cubes of sugar from the mechanic's coffee machine and being hidden from calendars of bikini-clad women on hot rods.

"I'd pick you and your brother up from daycare, and we would help clean the cars for him," my mother says of our Saturdays and afternoons spent vacuuming and cleaning strangers' glove boxes.

My brother carted me around on jacks and dollies, and I taught myself to dance with the pole end of a push broom in that garage.

At nights he left the dinner table to drive the wrecker, to tow the mangled cars of friends and co-workers — always someone we knew — in the small timber town.

Sometimes he spoke of grisly scenes, of teeth stuck in the dashboard and bodies being pulled out of the river.

"He worked a lot, honey... " she says, unable to explain the man she's known for most of her life. "I mean, money and stability are important, but I think he works so he doesn't have to think about feelings."

Car trouble and the great divide between me and my father began in college.

My mother would phone to ask about boys and parties and classes, and my father would ask only of the electrical issue with the Ford Tempo I named Clarence.

Later, when I moved even farther away from home, he called simply to ask how the Nissan Pathfinder I named Lola was running.

He speaks intimately of antifreeze and tire treads, of mileage and head gaskets, yet manages to ask nothing of my life.

"Sometimes, when we're on the phone, he asks me to change the subject, to just ask about the car," my mother says, disappointed. "It's just his way of communicating."

"Do you have any rope or anything to tie the hood down?" he asks.

"No," I say, eyeing the seat belts and straps of my purse.

Atomic Washington: Our Nuclear Past, Present, and Future