Thumb through any used record collection worth a damn, and you're bound to come across a dog-eared copy of Carole King's Tapestry. It's one of the quintessential records of the 1970s, the sort of cultural artifact that has become a recognizable totem for a specific time and place.

Released 50 years ago this week, Tapestry is a record whose very title has become shorthand for "all-time great." The recent Rolling Stone poll of the 500 best albums ever placed it at No. 25, and it was one of the first LPs of its era to be preserved by the Library of Congress' National Recording Registry, inducted alongside the Beatles' Sgt. Pepper's Lonely Hearts Band, Marvin Gaye's What's Going On and Bruce Springsteen's Born to Run.

King had been in the pop game for a little more than a decade before Tapestry was released a day after her 29th birthday. Working amongst the coterie of scrappy young songwriters in New York's Brill Building, King and her then-husband Gerry Goffin penned a slew of radio hits in the 1960s for other artists — "Will You Love Me Tomorrow" for the Shirelles; "Up on the Roof" for the Drifters; the dance craze classic "The Loco-Motion," which was recorded by their babysitter Little Eva.

She was one of the most prolific songwriters that most people didn't know, and after her personal and professional partnership with Goffin ended and her band the City called it quits, she branched out on her own in the late '60s. King's solo debut, 1970's Writer, is made up of leftover songs she had written with Goffin (who co-produced the album), and it blends sock hop-era nostalgia with Woodstock-era spaciness.

The album holds up well today, but it didn't get King the recognition she'd hoped for. Tapestry would change all that.

After her separation from Goffin, King became entrenched within the now-mythic musical community of Los Angeles' Laurel Canyon neighborhood, rubbing elbows with the likes of the Doors, Buffalo Springfield and Joni Mitchell (who later contributed backing vocals on Tapestry). The freedom and fluidity of that era is all over Tapestry, which was recorded in a matter of weeks with super-producer Lou Adler and rushed into release in February 1971, a month after it was finished.

"While we were recording the album I wasn't thinking about all the people who might be affected by it, nor was I thinking about the level of success it might attain," King wrote in her memoir, A Natural Woman. "I just wanted to get the songs on tape, enjoy the process with my friends and fellow musicians, and maybe get some radio play."

Perhaps it's that lack of pretense that made the album so effective. It's difficult now to listen to Tapestry and divorce yourself from its legacy, because it almost sounds like a greatest hits compilation. Just about every song has become a standard. It lives up to its title as a patchwork of songs new and old, and the album really serves two functions at once: It's a contemporary singer-songwriter showcase, but it's also a career retrospective of a musician who had been toiling behind the scenes for years without the recognition she deserved.

Tapestry opens with a trio of classic tracks that represent one of the greatest gauntlet throws in pop history — the rollicking "I Feel the Earth Move," followed by the wistful ballad "So Far Away," followed by the remorseful relationship postmortem "It's Too Late." All three were massive hits and have become radio staples, and they're arguably King's three most famous originals.

Following that stellar opening, there's the self-empowerment anthem "Beautiful," which lent its name to a Tony Award-winning jukebox musical of King's songbook, and "Where You Lead," perhaps best known as the theme song for Gilmore Girls. The stripped-down "You've Got a Friend" would be covered by King's regular collaborator James Taylor (who also plays guitar and sings on Tapestry), becoming his first No. 1 hit mere months after Tapestry was released. King reimagines "(You Make Me Feel Like) A Natural Woman," which Aretha Franklin made into a hit in 1968, and "Will You Love Me Tomorrow?" The loping story song "Smackwater Jack" is tinged with gospel and country-rock, while the cozy "Home Again" and "Way Over Yonder" give you the impression you're sitting at the base of King's piano. There's not a single dud.

When it hit record stores, Tapestry was an instant smash. It topped the Billboard charts, eventually selling more than 10 million copies, and the single featuring "It's Too Late" and "I Feel the Earth Move" was a No. 1 hit. It won Album of the Year at the 1972 Grammys, beating such juggernauts as George Harrison's triple album All Things Must Pass, the Carpenters' self-titled debut, and the soundtracks of Shaft and Jesus Christ Superstar.

A follow-up album, Music, was rushed out for the 1971 Christmas season and instantly topped the charts, as well. Though it successfully piggybacked off the popularity of Tapestry, it wasn't met with the same rapturous response. In fact, none of King's follow-up albums are ever mentioned in the same breath as her breakout LP, although 1974's Wrap Around Joy brought her two more big hits with the singles "Jazzman" and "Nightingale." Her last album of original material, Love Makes the World, was released in 2001.

But it's not like King needs to justify a legacy. After all, she wrote more iconic tracks before she was 30 than most musicians record in their entire careers. What's so endearing about Tapestry is that it doesn't sound like a blockbuster album. It has a homey, lived-in quality, from the cover image of King and her cat lounging in a window ledge to the sterling collection of songs that were mostly cherry-picked from an existing catalog. It's like a comfy sweater, perhaps the most modest behemoth album ever recorded. It has endured for five decades, and I have no doubt that it'll endure for five more. ♦

The original print version of this article was headlined "Natural Woman" 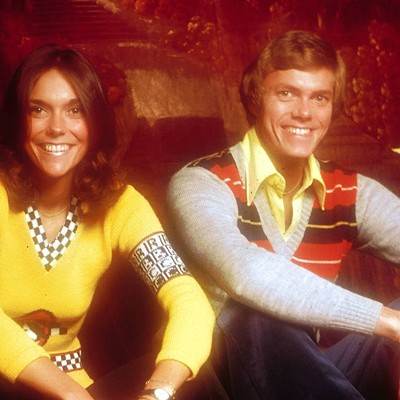