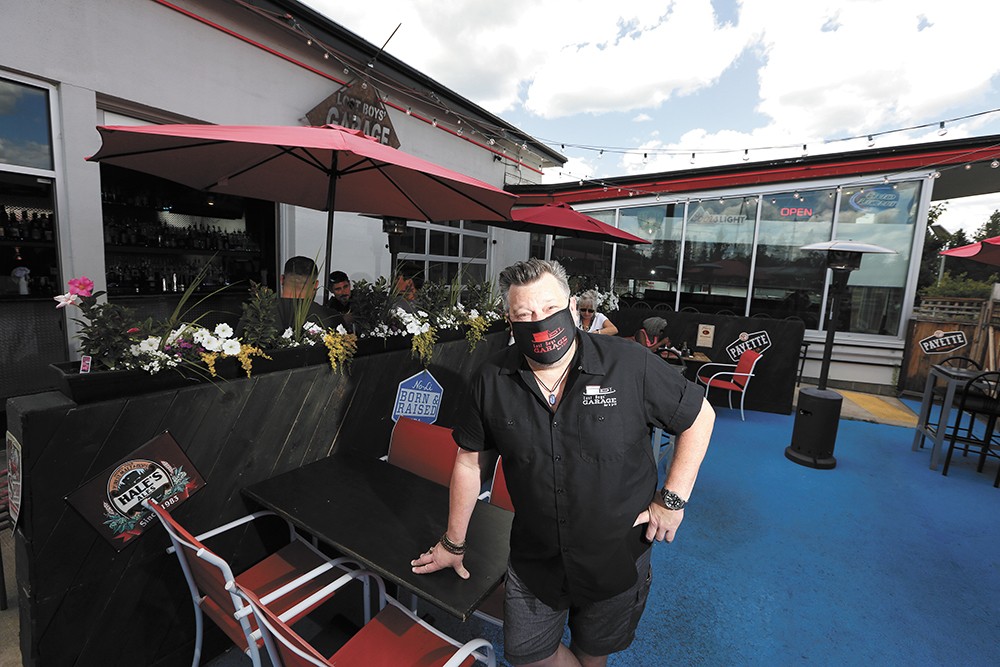 Young Kwak photo
Lost Boys Garage co-owner Jhon Goodwin says, “Even at 50 percent we are busy — busier than we’ve ever been.”

The old drive-thru window on the south side of Lost Boys' Garage unexpectedly came in handy when restaurants statewide had to close their dining rooms early this spring.

Customers of the North Side pub were able to conveniently and safely grab takeout orders from Lost Boys' menu of burgers, sandwiches and snacks, along with several newly created family-style meals, without stepping foot outside the car. Even since the restaurant — launched in 2015 by owners and longtime friends Jhon Goodwin and Kevin Pereira — reopened for limited dine-in service back in mid-May, the contactless option remains a popular choice.

"The fact that we stayed open the entire time was a huge thing, and we were very fortunate that the community absolutely supported us and still continues to," Goodwin says. "Even at 50 percent we are busy — busier than we've ever been."

One of the most popular COVID-19 era to-go options at Lost Boys' are Taco Tuesday platters, a $30 bargain that feeds at least four people — "more food than people know what to do with," Goodwin says — including a pound each of beef and chicken, plus hard and soft shells and all the toppings: shredded cheese, onions, pico de gallo, salsa, shredded lettuce, avocado and lime. For those instead opting to dine-in on Tuesdays, tacos are $2 each, with $2.75 Mexican beers, $5 margaritas and other drink specials.

"We're making darn good sure to sanitize everything that comes in contact with customers, and staff are wearing masks and following all guidelines," Goodwin adds.

Coming up at the end of the month, he's hopeful that the restaurant can, pending pandemic circumstances, celebrate its fifth anniversary with some socially distanced live music and karaoke on its patio.

Extra outdoor seating has also benefited Sarah Baker's two brunch-centric spots in Hayden, Chomper Cafe and Belle's Brunch House, as businesses in Idaho have reopened at a quicker pace than in Washington.

Although she could technically seat customers at 75 percent of each restaurant's normal capacity while Kootenai County remains in phase four of Idaho's reopening plan, Baker says she's kept seating at 50 percent because adding more tables wouldn't allow for the needed 6 feet between parties.

"Sales have been really good, we still do a lot of takeout in addition to on-site," Baker says. "I would say the main struggle, especially being in Idaho, is that I get ridiculed by customers every single day about why we haven't brought more tables back.

Despite these daily challenges, Baker says the steadfast support of Belle's and Chomper's customers, along with the dedication of her employees, has made the hardships worth it.

Merging menus and specials together from his four Spokane restaurants is one of many ways chef and restaurateur Tony Brown is keeping customers happy and fed, and the lights on.

Ruins' popular fast food-themed night known as McRuins, featuring staff's takes on popular drive-thru chain eats, for example, has been moved to Stella's Cafe in the more spacious Saranac Commons. Brown plans for the change to be permanent, as it better fits with Stella's counter service format, plus there's more seating. To customers' benefit, the McRuins menu is now offered six days a week at Stella's instead of just once a week at Ruins. As soon as a liquor license application for Stella's is approved, $1 beers will also be back on the McRuins menu.

"Stella's daily sales, even though we're open limited hours and days, are pretty comparable to before we shut down," Brown says. "And then Ruins is Ruins. We have a pretty loyal following that will pretty much support anything, and even though we're only open two days a week it's busy — very busy."

Both Ruins and Stella's also continue to partner with local delivery service Treehouse Deliveries, and Brown encourages customers to order for pickup or delivery even as his spaces reopen their dining rooms, a decision currently on hold for the more upscale Hunt and Eyvind as COVID-19 cases have recently spiked in Spokane County.

"I would recommend people to really support takeout and buy gift cards and do delivery — just ways you can minimize a lot of people in a space," he says. "I can't speak for everyone else, but opening is scary. People need to be careful and take steps that a restaurant posts or tells them. It's not a joke. It's not a recommendation to wear a mask to come into my restaurants; it's a requirement." ♦

Three stellar specials to help you save money this holiday season 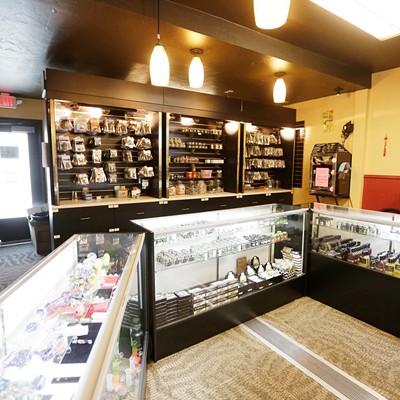