Just a few items that jumped off the menu at us 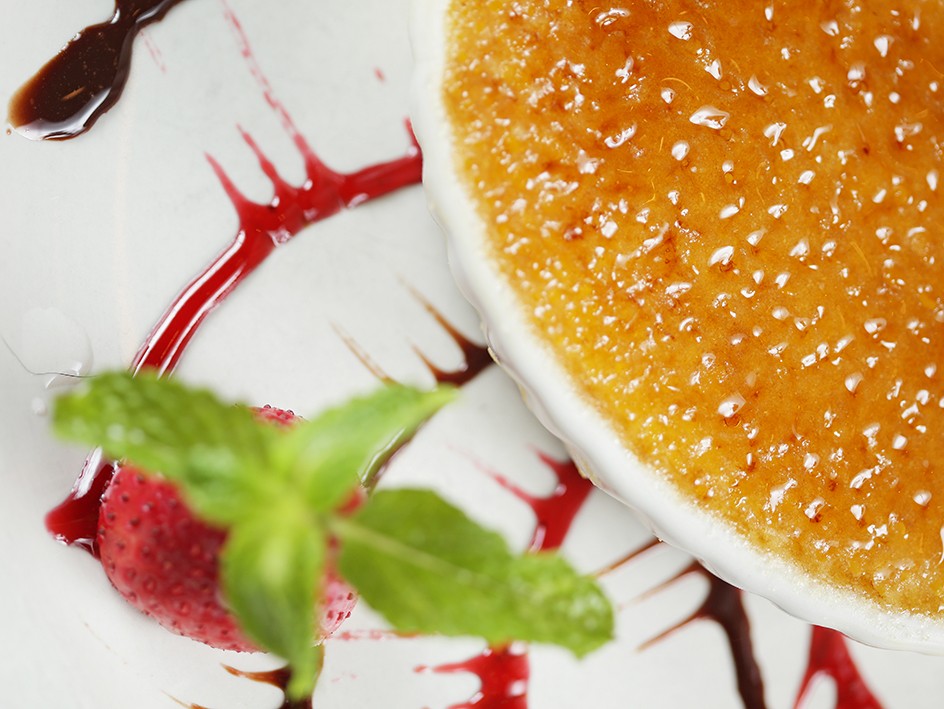 Young Kwak
Take a look at the burnt creme brulee from Tomato Street.

Choose a Sampler Flight of 3 Micros of a Pint

We say: Beers count as appetizers, so go ahead.

We say: Ripples’ menu for Restaurant Week has some gems on it, but don’t overlook this seemingly simple first course.

We say: Any meal that begins with wontons is a good one.

Menu says: Bacon, onions, garlic and wine sautéed with ground and link sausage, then simmered in our marinara sauce.

We say: Sometimes you need to go with a meal you know and love.

We say: You read that correctly — there are onion rings on top of this cut of meat. That’s true comfort food.

Windows of the Seasons

We say: Lucky for us, salmon is a classic in our region, but pairing it with a lobster risotto is definitely creative. And you get to eat it while enjoying Windows’ awesome view of the river.

We say: Maggie’s is a South Hill gem and a place that knows how to treat vegetarians right.

We say: Not only is this creative take on pasta vegetarian, it’s also one of the only vegan options on the collective Restaurant Week menu.

We say: When a mushroom can become a savory appetizer like this, it’s a special occasion.

We Say: Pasta and salmon? Why not?

We say: If you haven’t been to this Browne’s Addition spot, this sounds like the perfect dish to make the introduction.

We Say: The Davenport’s family of restaurants know how to impart Northwest influences to their food, and this is as tasty an example of that as you’re likely to find.

Menu says: Chocolate, caramel and peanuts, just like the candy bar, only better!

We say: Pies are delicious and so are Snickers bars. There is no way this isn’t awesome.

We say: A custardy dessert is a perfect complement to a hearty Italian meal.

We say: The fact that there’s a Twigs in every corner of town makes this even more appealing.

We say: Casper Fry made one of the biggest splashes of any newcomer to the Spokane dining scene last year and since opening, they’ve proved that chicken, however they happen to cook it, is their specialty.

Menu says: Braised and slow-roasted short ribs with root vegetables and mushrooms served in a rich demi-glace over wheat, barley and lintel pilaf.

We say: You’ll likely be tempted to go for the prime rib-eye also featured on the menu, but Churchill’s knows its way around a cut of beef and these ribs sound excellent.

We say: This chicken sounds amazingly succulent, and we recommend you pair it with one of Clover’s signature cocktails.