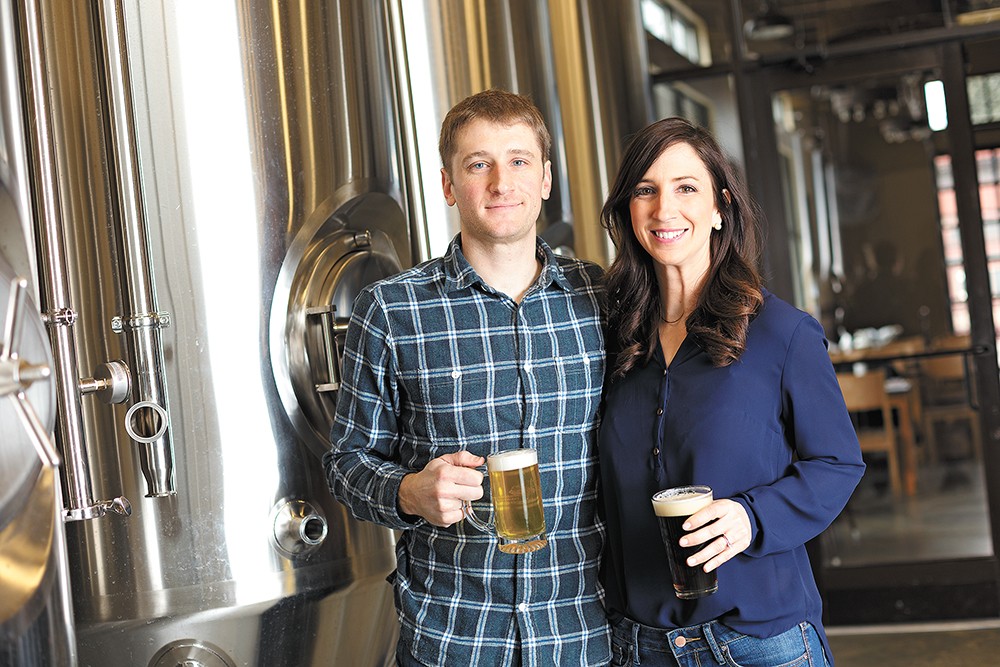 Now in its third year, Spokane Craft Beer Week has become an annual highlight for craft beer enthusiasts across the Inland Northwest.

Running from Monday, May 15 through Sunday, May 21, this year's Craft Beer Week offers daily events featuring nearly 40 regional breweries and a half-dozen beer bars. From new beer releases to brewery tours, food and beer pairings to brewer meet-and-greets, the week offers something for all beer lovers. Below are some of the week's highlights; find the complete schedule at spokanecraftbeerweek.com.

Spokane Craft Beer Week kicks off at Perry Street Brewing. Come take a tour of the brewery and grab a raffle ticket for the chance to win some beer-related prizes. PSB is donating $1 from every pint sold to the Spokane Humane Society. Mon, May 15 from 5-8 pm • Perry Street Brewing, 1025 S. Perry

12 String is rolling out the final four versions of their Anniversary Ale, and Volumes 2 through 5 will be on tap so drinkers can taste the beers side by side in a vertical flight, or just get a pour of their favorite vintage. Some wacky barrel-aged beers are also slated for the taps. Tue, May 16 from 3-9 pm • 12 String Brewing Co., 11616 E. Montgomery Dr., Spokane Valley

To outsiders, it may just seem like a game where you attempt to toss a beanbag into a hole. But for dedicated craft beer drinkers, it might as well be an Olympic sport. Black Label Brewing is challenging anyone up for the beanbag-tossing task to come participate in their inaugural corn hole tournament. Prizes will be awarded, and $4 pints will be available to hydrate athletes and spectators alike. Wed, May 17 from 5-10 pm • Black Label Brewing Co., 19 W. Main

One of Craft Beer Week's most notable aspects, the Collaboration Beer Festival solicits craft breweries from around the region to pair up for the purpose of creating a joint brew. Hosted at No-Li, this year's festival presents a record number of beers, with more than 16 individual "collab-brews" pouring. $10 will get you five 4-ounce drink tickets; additional tickets can be purchased. Thu, May 18 from 4-7 pm • No-Li Brewhouse, 1003 E. Trent

After you've had your fill of collaboration beers, head over to Bellwether Brewing and taste your way through yet another lineup of brews. The beers at this event were created by friends of Bellwether's two brewer owners, including many notable names from the local homebrewing community. The lineup consists of a Kölsch, a witbier, an IPA and a quick-aged old ale. Tasters can order a $8 flight of all the beers, then vote for their favorite. The competition kicks off Thursday and runs through Saturday; the winning beer will be brewed on Bellwether's main system. Thu, May 18 from 5-9 pm, Bellwether Brewing, 2019 N. Monroe

PSB hosts Seattle's Fremont Brewing in a celebration of all things firkin. Four experimental firkins (two from each brewery) will be tapped at 6 pm, then it's a race to see who can kill the cask first. Prizes will be awarded to the person who blows each firkin, and there's a rumor that a secret, small-batch offering from Fremont will also be on draft. It's sure to be un-firk-gettable. Fri, May 19 from 6-10 pm, Perry Street Brewing, 1025 S. Perry 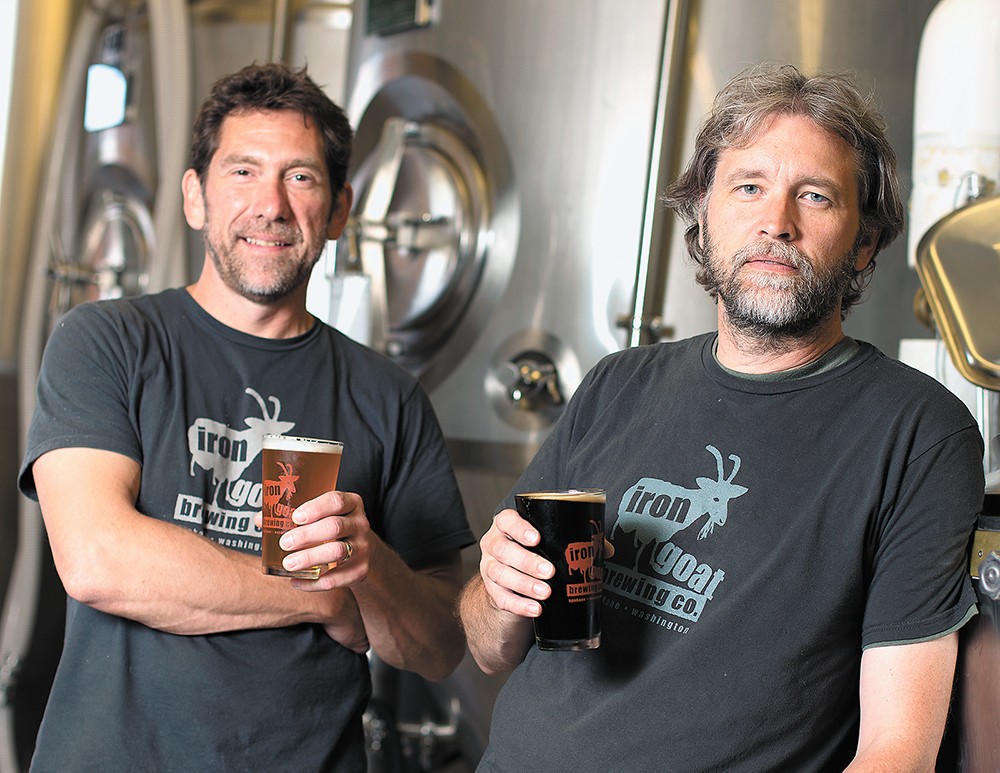 Celebrating five years of making craft beer in Spokane (and one year in their downtown brewpub), Iron Goat Brewing is throwing a party that features live music on the outdoor patio, special limited beer releases, a taco bar, and the brewery's very first canned beer. A portion of the proceeds collected from the event benefit Second Harvest food bank. Sat, May 20 at 11 am, Iron Goat Brewing Co., 1302 W. Second

There's no better way to burn off some of the excessive calorie intake of Craft Beer Week than to complete a 5K. To close out the week, New Boundary Brewing is holding its second annual Pints 4 Paws run to benefit SpokAnimal. The $35 entry fee includes a 24-ounce custom stainless water bottle, snacks, and a victory hot-dog lunch. Well-behaved, vaccinated canines are welcome on the course. New Boundary also will offer $1 off growler fills until 4 pm. Sun, May 21 from 11 am-3 pm, New Boundary Brewing, 505 S. First St., Cheney ♦