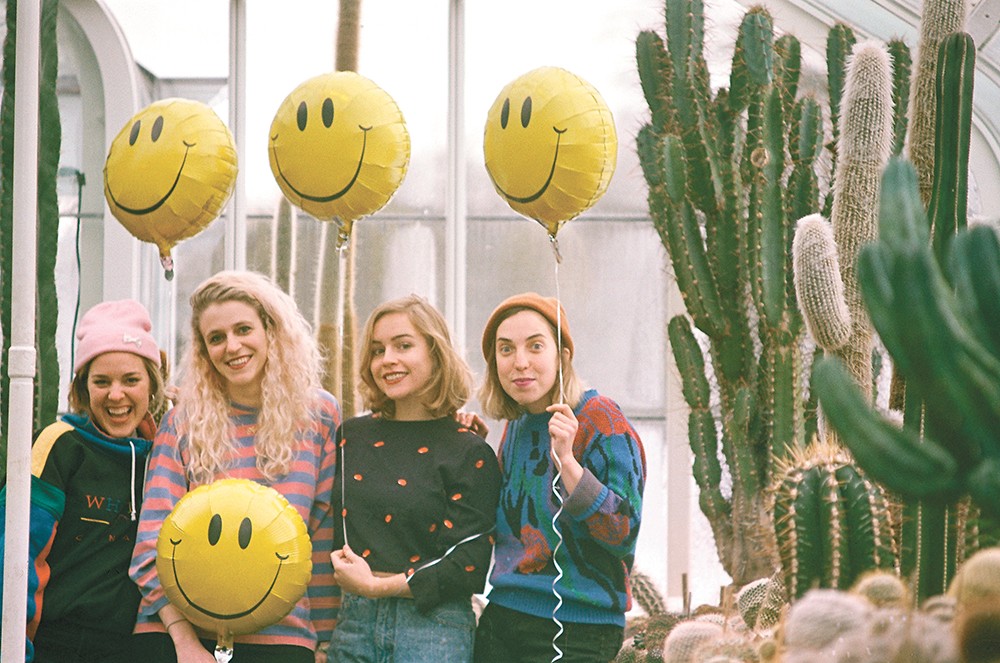 Julia Shapiro (second from left) and the rest of Chastity Belt.

just one day after the release of their gorgeous, shockingly mature new LP I Used to Spend So Much Time Alone. The band's vocalist and guitarist Julia Shapiro spoke to the Inlander last week, and it was deeply pleasant and enlightening.

Here's what she had to say.

INLANDER: What got you into playing the guitar?

SHAPIRO: In the 7th grade, me and my best friend both started learning how to play the guitar together. I would teach myself Blink-182 songs.

Who's your favorite guitarist?

It's great. I love the variety of tones you can get, plus it looks awesome. The only problem is that it's super heavy. If we practice for too long, my back starts to hurt.

If you had an unlimited budget for a single piece of gear, what would you blow it on?

I imagine it would be a guitar, but I don't waste too much time drooling over crazy expensive guitars.

Do you have any musical influences that no one ever picks up on that you wish someone would notice?

Recently, a friend of mine came up to me after a show and told me that we sounded like the Cure, and I was like 'Yeah, I love the Cure.' I listen to them all the time.

What's the most insulting compliment your band has ever gotten?

'You guys are actually really good for being girls.'

What's the least orthodox venue you've ever played a show in?

We played at a batting cage called Everybody Hits in Philadelphia, which was sort of strange and great. We also played at a bowling alley.

Are there any bands at Volume that you're excited to see?

I'm excited to finally see Built to Spill. We've been playing a bunch of festivals that they're also playing at, but somehow I never get a chance to see them.

Are there any aspects of your life that being a full-time musician has made changed or made difficult that you wish you could have back?

It has made it very hard to stay in touch with my friends at home. Touring so much makes it very difficult to stay connected.

Your dream director comes to you and asks you to do the soundtrack for their newest film. Who is it?

Probably Werner Herzog. I imagine it would be a documentary. ♦

Some of Volume 2017's featured bands