Queen of Katwe is a sports movie done right 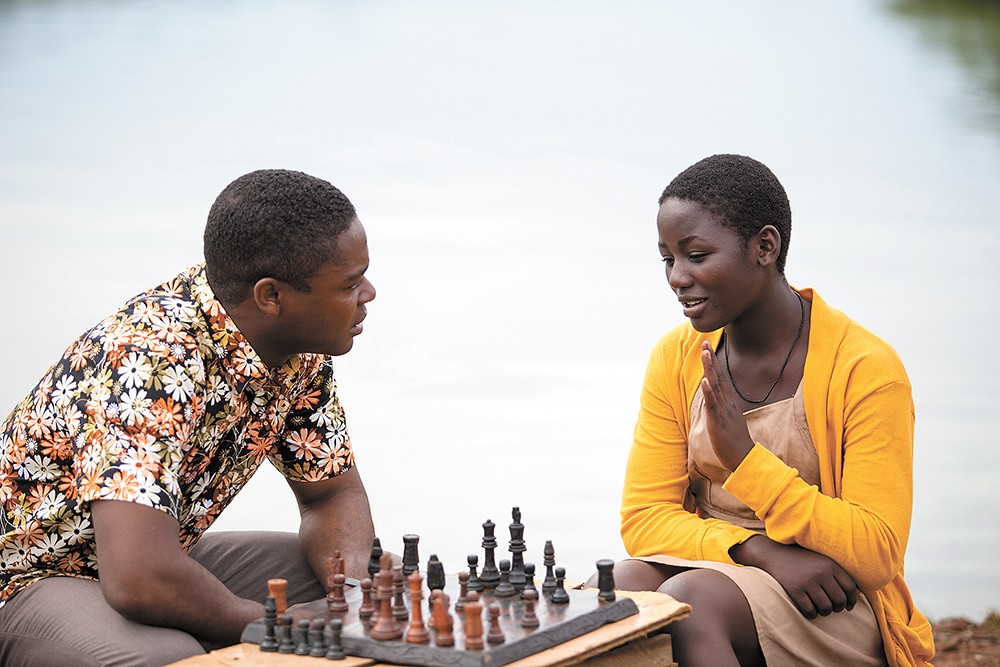 Chess makes an impact in Queen of Katwe.

A gainst the odds, an illiterate, dirt-poor girl from the slums outside Kampala, Uganda,

discovers that she is a chess prodigy. With help from her coach, she pursues her dream to become a grandmaster and move her family out of their grinding poverty. This is the story of Queen of Katwe, the movie based on an ESPN Magazine article and book by Tim Crothers. William Wheeler wrote the screenplay; it's directed by Mira Nair (The Reluctant Fundamentalist, The Namesake, Mississippi Masala, Salaam Bombay!).

Against the odds, Queen of Katwe rises above the usual underdog sports clichés to become something quite affecting and distinctive, an outcome made all the more remarkable given that this is a Disney production. Yes, there are dozens of metaphors about how the strategies of chess also apply to the rules of life, but Nair's able direction and the subtleties of her central performers provide a fresh and believable break from the old banalities and sports-movie conventions.

Newcomer Madina Nalwanga stars as Phiona Mutesi, the real-life chess champion. Not only is she able to convey Phiona's preternatural abilities, but also the trepidation and fears that arise once the child gets a sense of her own keenness and a glimpse of how life is lived outside the slums of Katwe. As her mother Nakku Harriet, Lupita Nyong'o (Oscar winner for 12 Years a Slave) is a marvel, capable of displaying a world of emotions with a single glance. A proud widow and mother of four, she does the utmost to support them all — but can't even come close.

David Oyelowo stars as Phiona's coach Robert Katende, working in a sports ministry outreach in Katwe until he is able to land an engineering job in the city. He teaches chess to the children, whose parents won't allow them to play soccer due to the high risk of injuries and their inability to afford any medical bills. He eases Phiona into the chess group, whose children first reject her for being "smelly," then because they are getting beaten by a girl. Robert's sensitivity to Harriet's concerns is made clear during several conversations, as is his intrepid advocacy for his slum kids to travel and play against Uganda's well-heeled youth.

Queen of Katwe's crowning moment comes during the film's closing credits, when the actors are seen side-by-side with their real-life counterparts, complemented by biographical updates. "Chess makes my brain sharp," states the uneducated Phiona at one point. Indeed, all of the kids portrayed in the movie are now progressing in school, and in life. ♦

Queen of Katwe is not showing in any theaters in the area.

Let's Go (Back) to the Movies