Try these drinks for some much-needed holiday cheer 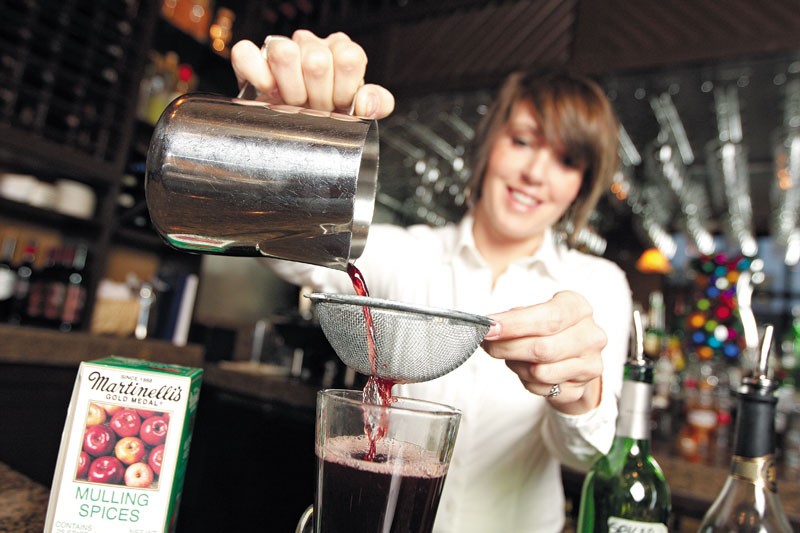 The holidays can be magical and all, but bitter cold and lack of sunlight coupled with an in-law invasion could easily drive anyone to drink. And that’s no lie: The Distilled Spirits Company of the United States reports that a quarter of liquor companies’ profits are made in the stretch between Thanksgiving and New Year’s alone.

While no one would assert that someone who doesn’t drink should take it up strictly for health reasons, there are some undeniable benefits for those who choose to partake.

“It’s safe to say that alcohol is both a tonic and a poison,” says the Harvard School of Public Health’s authoritative treatise on booze. “The difference lies mostly in the dose. Moderate drinking seems to be good for the heart and circulatory system, and probably protects against type 2 diabetes and gallstones.” Going beyond one drink a day for women, or one to two a day for men is a recipe for problems: heart and liver damage and an increased risk of breast and other cancers.

That being the case, you may as well make your one drink something special. To that end, here are some dazzling, locally recommended beverages to brighten even the coldest winter evening.

The Up to Date
Find it at Clover, owner Paul Harrington, bar manager Kristi Gamble

Cocktail auteur Paul Harrington offers this refined version of a classic for InHealthNW. “This drink is not supersweet and has a nice, true almond flavor,” courtesy of the Amontillado sherry, says Gamble. “It’s an excellent aperitif.”

Put all ingredients in a glass with ice and stir for 30 seconds, till chilled but not icy. Strain into a glass, squeeze an orange twist over the glass, the run it around the rim before dropping it into the cocktail.

“I cold brew the wine with the spices for 48 hours instead of on the stove because that makes the drink bitter,” Franz says.

Place spices and wine in a pot and steep in refrigerator for 48 hours. Add brandy, juice of the orange and lime (about 1/8 portion of each), and brown sugar and heat until steaming. Strain into a mug and serve with cinnamon and nutmeg.

This Fall Toddy is served very hot, and has a multi-layered, complex flavor, Cooper says. “Consider a less rich, chocolate covered pumpkin cheesecake with esters of paprika. Then imagine that it could get you warm on the inside — and less inhibited.”

Ignite with fire and shake cinnamon over the top. Serve with a lemon wedge.