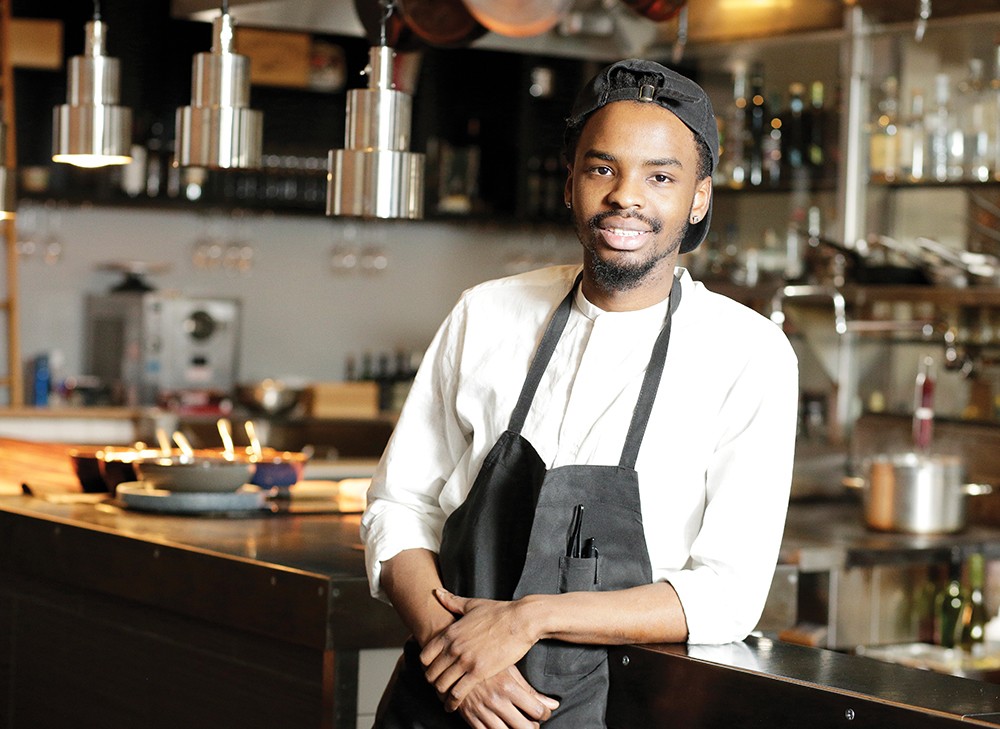 Young Kwak photo
Chef Austin Conklin simplified the menu a bit when he took over at Inland Pacific Kitchen. "I can focus on each dish being creative and flavorful," he says.

"[Conklin's] one of the most talented people I've ever worked with," says Ronspies, who carries some clout with more than 30 years as a leader in Seattle's culinary scene. "His ability to — while prepping his station and going through his day at the same time — by 5 o'clock, drop a 23-component dish in front of me was just impressive," says Ronspies, who co-founded Seattle's Art of the Table in 2007 with his wife, chef Shannon Van Horn.

Ronspies gave Conklin a glowing referral when he relocated to Spokane in 2018, describing him as creative, meticulous, a go-getter. His wife suggested Conklin contact former IPK owner Jeremy Hansen, whom she worked with in the past.

Born in Haiti, Conklin and his twin sister were adopted by a couple from Central Washington, where one of his high school teachers turned him on to the culinary industry. He got a job at Stones Gastro Pub in Wenatchee and was noticed by someone from the Oregon Coast Culinary Institute in Coos Bay, where he was then offered a scholarship. Still, he felt pulled toward something larger and relocated to Seattle, working at Art of the Table and another wine bar before an opportunity to move to Spokane with a friend presented itself.

Conklin joined IPK in early 2019, finding comfortable similarities between it and his former place of employment. The two restaurants shared similar formats: a la carte tasting menus of small plates that could be intensely season-sensitive, as well as a "chef's choice" option, and a small scale, with limited seating and availability.

Upon the departure of Hansen, however, Conklin found himself in the position of moving to head chef at the age of 23. He called Ronspies for advice. "I told him to follow his heart," says Ronspies. 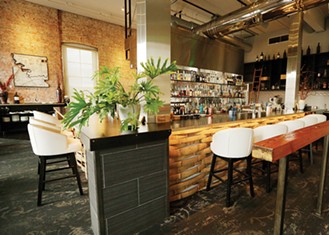 He removed the tasting menu, keeping the nightly offering to around a dozen small plates, and focused on affordability and quality, he says. "I can focus on each dish being creative and flavorful and you can still have an experience of fine dining."

Conklin is also gearing toward more walk-in traffic in the Washington Cracker Co. Building, where IPK's neighbor and soon-to-be-owner, Overbluff Cellars, is also located. The restaurant's website and Facebook pages will be updated when the sale is complete.

Conklin says he finds inspiration from any number of sources. Among his current interests are the Netflix series, Chef's Table; renowned chef Mauro Colagreco and his Michelin three-star Mirazur restaurant, in Menton, France, which was lauded as the best restaurant of 2019; and Will Goldfarb's R4D restaurant in Indonesia, and Room for Dessert, Goldfarb's best-selling book.

With all those influences melding with his own growing experiences, Conklin hopes diners are transported by the food they're eating. "I want everything to evoke a sense of time or place," he says.
RECIPES:

Mushroom duxelles is a rich, paste-like sauce of mushrooms that have been chopped very fine and cooked down with other ingredients, usually shallots and herbs. Chef Austin Conklin uses it for stuffing chicken breasts, portabella or cremini mushrooms or even quail (pictured above).

Fricassee is the process of cooking something in its own sauce and comes from the French words to cut up and to fry. Typically done with chicken or veal, chef Austin Conklin offers a vegetarian version replacing meat with mushrooms he sources from local vendors. 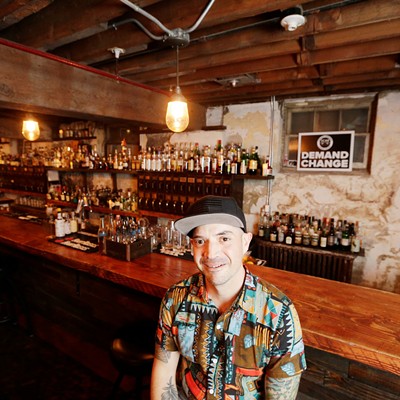