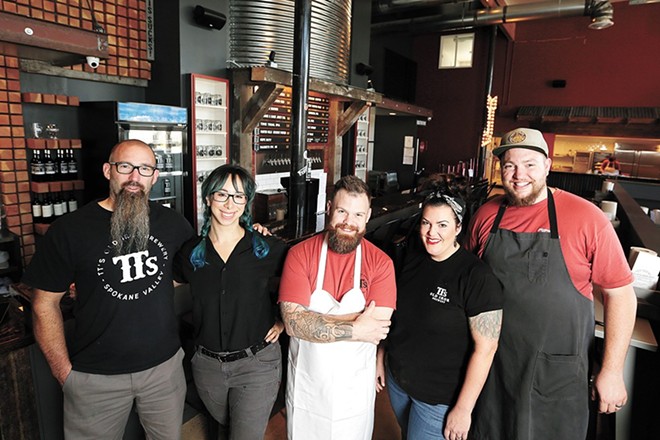 Young Kwak
Chef Chad White, center, with the team at TTs Old Iron Brewery & Barbecue, opened in 2019.
Spokane chef Chad White has been recognized for his culinary talents by being chosen as a 2020 James Beard Award semifinalist in the Best Chef Northwest & Pacific category, covering Alaska, Hawaii, Oregon and Washington.

"The 2020 James Beard Awards presented by Capital One will mark the 30th anniversary of America’s most coveted and comprehensive honors for chefs, restaurants, journalists, authors, and other leaders in the food and beverage industry," the New York-based culinary foundation announced in a post shared this morning.

White's name is listed amongst 19 other chefs, most of whom are based at restaurants in the Seattle and Portland area. Finalists in each of the 2020 award's 23 categories will be narrowed down on March 25 and a gala honoring winners is set for May 4 in Chicago.

After appearing on season 13 of Bravo's Top Chef, White returned in 2016 to his hometown of Spokane to open his first area restaurant, Zona Blanca, a ceviche spot in downtown Spokane. He followed that up early last year with High Tide Lobster bar, which now has two downtown locations, and partnered to launch TTs Old Iron Brewery & Barbecue in Spokane Valley last year. 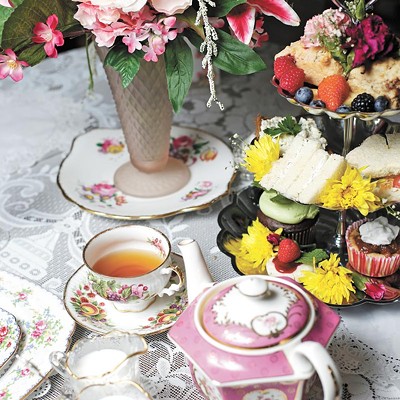