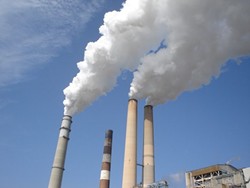 SPORTS: The Gonzaga Bulldogs will face some real competition in the Bahamas this week, Will Maupin writes.

Defending war crimes
President Donald Trump doubled down on his decision to intervene on the behalf of several U.S. service members accused of war crimes — including Chief Petty Officer Edward Gallagher of the Navy SEALs — by claiming that he was standing up for "warriors." (New York Times)

Dangerous waters
Four dams identified as having a high risk of failure by a recent Associated Press investigation lie within 50 miles of Spokane. (Spokesman-Review)

New cable player
TDS Telecommunications, a Wisconsin-based cable and internet provider, is negotiating with the city of Spokane to enter the local market, meaning that consumers will have an alternative to Comcast. (Spokesman-Review)