Healthy schools are essential for kids, but some are struggling with not meeting standards 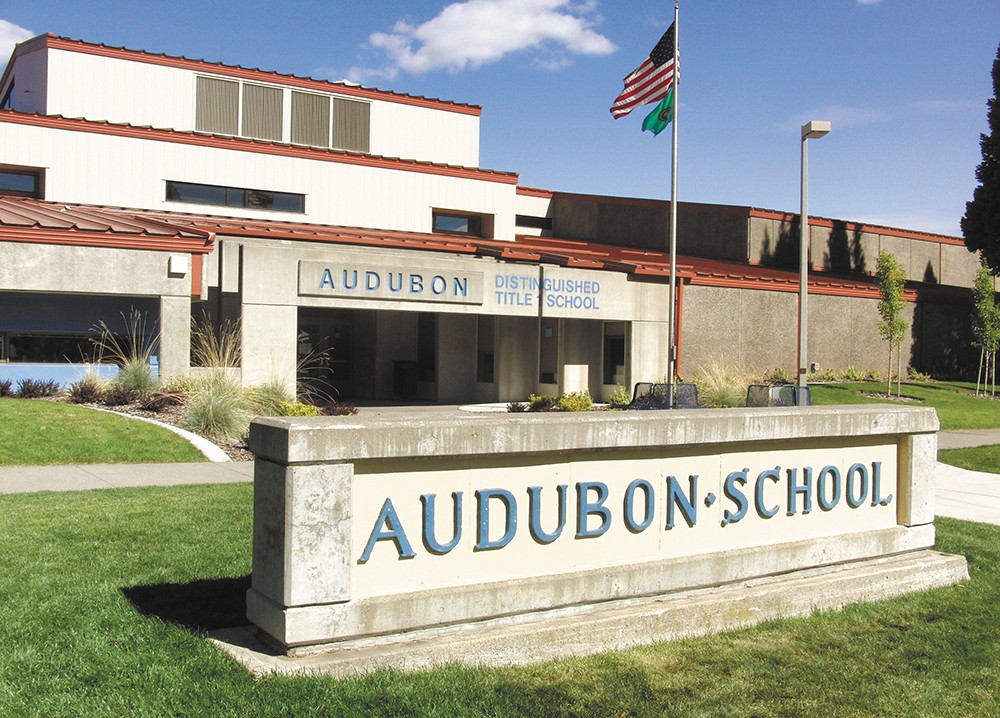 Anne McGregor
In August, letters to parents at 25 Spokane schools had families wondering what to do next.

thousands of parents and guardians of students in 25 schools throughout the Spokane Public Schools system received a letter signed by their school's principal. In both tone and content it was similar to letters that went out across Washington state. The gist, at any rate, was that their school had not met a key requirement of the federal No Child Left Behind Act (2001), that requirement being a 100 percent, school-wide pass rate on standardized tests in reading and math.

In political and media shorthand, these schools were described as "failing."

"It's a horrible word," says Lorna Spear, director of Early Learning and Intervention Services for Spokane Public Schools. "In terms of No Child Left Behind, failing really means that you didn't meet the uniform standard bar. This year, the standard was 100 percent of your students meeting the bar in reading and math. A hundred percent. That includes everybody — English-language learners, special ed students, students from advantaged homes and disadvantaged homes. I and most of my colleagues believe that [100 percent success] is our obligation for all children, but it's a pretty lofty goal at the same time, particularly as the targets change and move."

GRADING ON THE CURVE

Since 2002, No Child Left Behind has required ever-increasing pass rates for all schools, known as adequate yearly progress or AYP. Using high school as an example, AYP was represented by bars of 48.6 percent in reading and 24.8 percent in math back in 2002, later leaping to 74.3 and 62.4, respectively, in 2008, until finally reaching the 100 percent mark for both in 2014.

While "adequate yearly progress" was in flux, so were the tests used to determine whether schools were measuring up. "It was the Washington Assessment of Student Learning, the WASL, in the beginning. Lately it's been the Measurements of Student Progress [for grades 3 to 8] or the High School Proficiency Exam, the HSPE. Now it will be the Smarter Balanced Assessment, the new state testing," Spear says, which is based on the new college- and career-oriented Common Core curriculum.

Spear cites other factors that call the metrics of NCLB as well as its goals — frequently described as "unrealistic" and "unattainable," even by proponents of school reform — into question. For example, some of the test results used to assess schools' current proficiency are actually several years old. There's also huge variance in proficiency among grade levels within the individual schools, with, say, sixth graders scoring exceptionally well on the tests and third graders performing below expectations.

And then there's the regular influx of transfers and new arrivals, such as the refugees who have recently been resettled in Spokane through charitable organizations like World Relief. "Lots of these kids can get to standard," says Spear. "They just need more time and more intensity of instruction. But this says you have to do it this year."

In the past, schools in Washington state that haven't met the one-size-fits-all AYP targets for two successive years have been eligible for a waiver from the U.S. Department of Education.

"What the waiver from No Child Left Behind allowed us to do is to say, okay, let's look at the scores, let's look at the data. You need two more reading teachers. We are going to give you that. We are going to take Title I dollars and support you with that," says Spear. But Washington state legislators ddclined to link teacher evaluations to student test scores, so the waiver wasn't renewed.

"With where we're at now, for a 'failing' school, there's no leeway to give them extra support. Right now, what I'm doing is spending printing money on letters. We're going to spend money to buy buses to move kids to another school rather than to buy another teacher to put into that school to make a difference."

For Heather Gomez, a parent of two second-graders at Audubon Elementary, this broader context was unclear when she received the NCLB letter. The option in the letter to send her children to another school that was ostensibly meeting AYP goals seemed like the obvious choice.

"My first reaction, honestly, was to jump all over it, because I felt like they would have so much more room for opportunity at a school where the test scores were higher," she says. "It was a lot of emotion. What do I do? What's best for my kids? What's best for us as a family? And then I started thinking more and talking to my husband and my family about it, and I decided to stay for a number of reasons."

Along with their physical proximity to Audubon and their "connection" to the parents and teachers, one important reason was the school's demonstrated commitment to her child's progress. "One of our girls was not where she needed to be in kindergarten or first grade, and the staff and teachers at Audubon did what they needed to do. I can say now that she's doing excellently. They put her where she needed to be to get to the next grade and not have problems."

In deciding to stay, Gomez finds herself in the vast majority. Parents of just four of Audubon's roughly 450 students have opted for special transfers. At nearby Garfield Elementary, only two of the approximately 500 students have "choiced out."

But Gomez did more than opt to keep her children at their home school. She's since become even more involved in Audubon's PTO, helping to run the biannual book fair and the Box Tops for Education committee. "If you take good kids out of it, where does that leave the school? Shouldn't you as a school be doing what you can to get your numbers up and help your kids even more?"

Spear would agree that the big-picture questions are the best ones to be asking. That's why Spokane Public Schools is spearheading "holistic" educational initiatives like the Northeast Children's Zone, which is based on the success of the Harlem Children's Zone.

"We've been encouraging people to go to the teacher you trust, go to the principal, go to the school and say, 'I'm just wondering about this.' Because we do have room for improvement. We do clearly. But the way to do that is in partnership with our parents and our community. Choose to make your neighborhood and your neighborhood school better. That's the choice we want people to make."♦