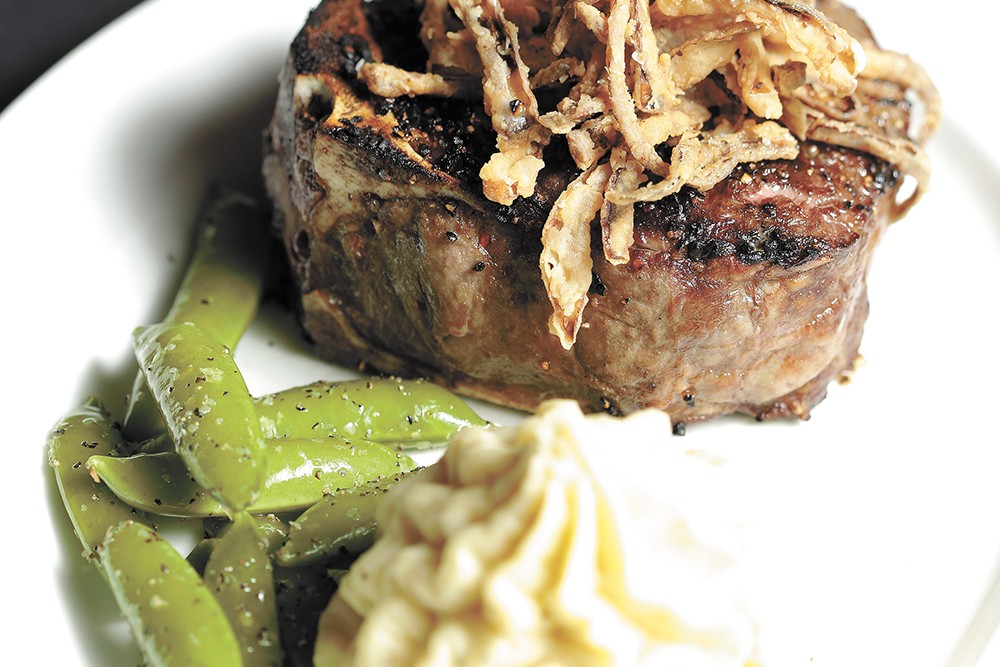 At Churchill's Steakhouse, quality is the name of the game. It's the reason that the downtown fine dining establishment has remained a go-to spot for a prime cut of red meat for the last 12 years.

"Quality first," says Don Rey, Churchill's general manager. "It's always about the quality of product, the quality of the tabletop package. Everything we do is related to quality, and the service that goes along with that."

Rey has been Churchill's general manager since 2014, following a career as an executive chef in various hotels. The place itself has been in operation since 2007, save for a brief period where it was shuttered following a fire, and it serves the most discerning carnivores from a small brick building with a distinctive red awning at the end of Post Street.

"Other fine dining establishments do a good job, but I think as far as people looking for a steakhouse, they're not going to find anything better in town," Rey asserts.

Customers have the choice between eating in an upstairs dining room, which requires a reservation, or in the downstairs lounge, which does not. The dining room has more of a formal atmosphere, with its ornate chandelier, modern design and crisp table linens. That doesn't mean, though, that you need a tux and tails to be served.

"We get guys who come in who are golfers in khaki shorts and polos," Rey says, "which is more than acceptable."

The lounge, meanwhile, presents a more casual and relaxed environment, with its dark wood and fully stocked bar. Unlike the dining room, it offers open seating, as well as features like Mis-Steak Nights — when slightly irregular cuts of beef are served at discount prices — and the popular Wimpy Wednesday burger deals. There's also live piano music every night of the week. 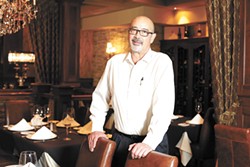 Churchill's exclusively serves USDA Prime Midwest beef — a designation that only about 3 percent of all animals receive in the U.S. — and the prices on the menu reflect that. Of course, Rey says, people are more willing to pay $50 for a steak that they know will be one of the best they can get in the Inland Northwest, and that's what they'll get at Churchill's.

When it comes to making that great steak, Rey says a lot depends on the equipment and the technique that's used to cook it. The steakhouse's chefs use an infrared broiler, which is equipped with ceramic panels that can heat up between 1,800 and 2,200 degrees Fahrenheit and create a sear that locks in the juices of the meat. The finishing touch is a special in-house seasoning blend.

"That in combination with the searing kind of sets us apart," Rey explains. "It's not like a charbroiler, where it's just the bottom flame."

Rey says the most popular items on Churchill's menu are likely the 8-ounce filet ("based on tenderness") and the 14-ounce ribeye ("based on flavor"). But it's the 16-ounce bone-in tenderloin ($67) that really stands out: "It's kind of a unique cut, because most butchers remove that whole tenderloin muscle and cut that into a filet mignon."

Regardless of the cut of steak you prefer — or how you want it cooked — you're going to be treated well at downtown Spokane's premiere steakhouse. That's the guarantee.

"What they can expect is quality service, attentive service, without being overbearing," Rey says. "I check on every table every night to ensure guest satisfaction. We strive to create that memorable guest experience that makes them want to come back." ♦

The original print version of this article was headlined "Prime Cuts"