The Spokane City Council smacks down a smackdown on campaign spending. Plus, the return of the whitewater park. 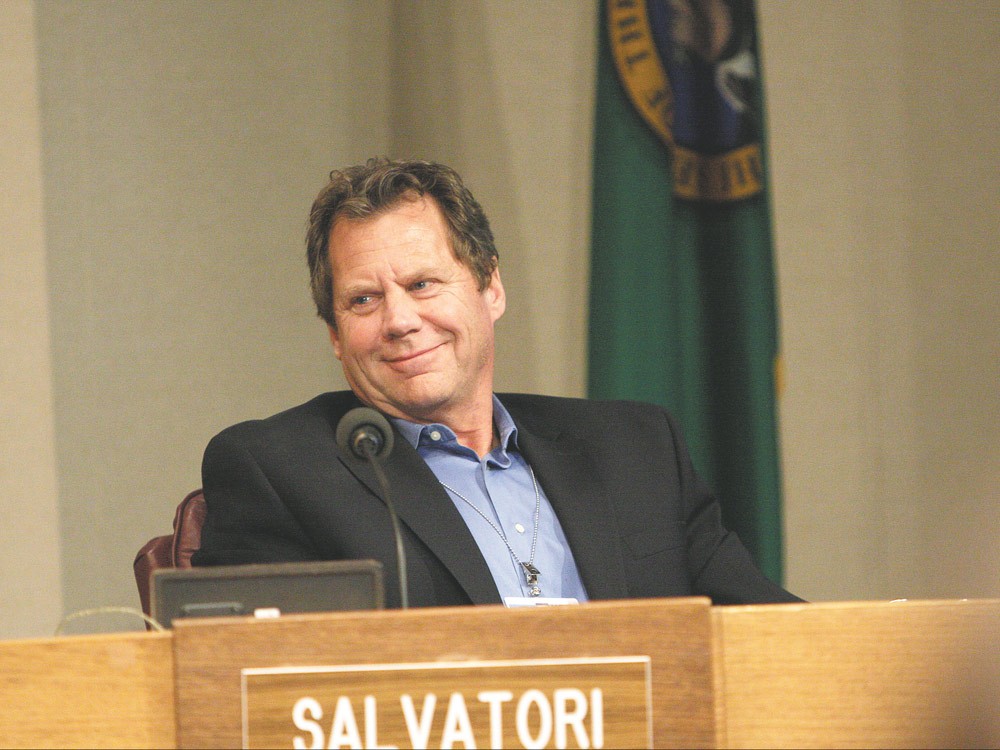 Public testimony on Monday night failed to persuade the Spokane City Council to call for a constitutional amendment to outlaw unlimited campaign spending by unions and corporations.

One speaker described America as a corporate state. Another referred to Citizens United — the U.S. Supreme Court decision that has allowed Super-PACs to flourish — as similar to the pro-slavery Dred Scott decision of 1857. And Wayne Spitzer called corporations “golems,” mythical clay monsters that need to be banished.

“It should be allowed to revert to dust,” Spitzer told the council.

But half the council members weren’t buying. Mike Fagan, Mike Allen and Steve Salvatori — all of whom voted against the proposed resolution — said the City Council isn’t the best place to fix the nation’s campaignfinance ills.

“I don’t want to wait 20 years to fix this, I want to fix it this year,” Salvatori said. He added, referring to Citizens United: “I think it’s pants-on-the-head crazy.” (Joe O'Sullivan)

Spokane is taking another stab at a whitewater park in Peaceful Valley. The city and the nonprofit group Friends of the Falls are working to pay for an Environmental Impact Study, says Mike Aho, a city recreation supervisor.

The project, which would build new restrooms and trails and remove five unused bridge piers in the river, was put on hold after supporters lost a $500,000 grant from the state last year.

But the state’s Recreation and Conservation Funding Board says it may reissue the grant if the city can come up with the environmental report.

“The only way to really resolve it is with the [impact statement] and get a ruling from that,” Aho says.

“We’ll get a definitive answer at that point.” (Chris Stein)

When an employee leaves Spokane County, they are compensated for cumulated vacation time. But she says she’s owed over $15,800, compensation for nearly 30 days of vacation time she accrued — and never used — while working at District Court.

She alleges Spokane County has repeatedly refused to pay. Now she’s filing a lawsuit against District Court and Spokane County (which still pays half her paycheck.)

The suit has been filed in Lincoln County, not Spokane County. Plese won’t be judged by her co-workers.

“It comes down to being treated fairly,” says her attorney, Anthony Alfieri. He says he suspects Plese isn’t the only former employee Spokane County hasn’t paid for unused vacation time. (Daniel Walters)

Kim Wyman, a Republican candidate for Washington’s Secretary of State, has her former boss’s endorsement.

It’s not just any boss. It’s Sam Reed, the soon-toretire secretary of state of Washington. Wyman worked for 10 years under Reed when he was Thurston County auditor. After getting elected secretary, Reed appointed Wyman to fill his Thurston County position, and Wyman has been re-elected ever since.

Reed’s endorsement doesn’t ensure voters will give her the job. At least four other people have indicated they plan to run for the position. If elected, Wyman says she’d try to restore Washington’s presidential primaries.

“I think we have a far better turnout in a primary environment. We’ve certainly seen that in years we’ve had a presidential primary,” she says.

Point of fact: About 50,000 Republicans attended the state’s recent presidential caucuses. In 2008, 530,000 people voted in the presidential primaries. Wyman is more cautious on other voting-related ideas. She’s skeptical of online voting, saying it isn’t yet secure, and that older people may not want to vote online. And she opposes same-day voter registration.

But Wyman does want to work with other states to move to a regional presidential primary system, in which a different region of the country would begin each campaign season.

It would also end the dominance of a few campaign-state strangleholds.

“Iowa and New Hampshire, really, they get to go first?” she says. “That’s not representative of the people.” (Joe O'Sullivan)