LEARNING TO LOVE A NEW HOMETOWN 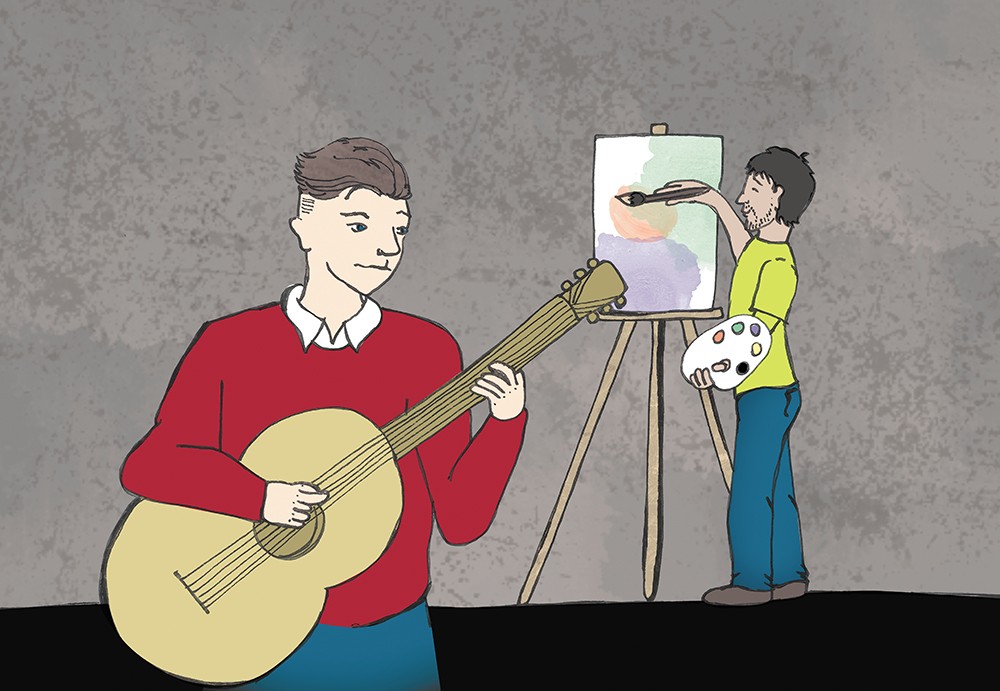 The Lilac City was the "baggage" my girlfriend brought to our long-distance relationship,

and moving to the Inland Northwest to be with her meant breaking up with my beloved hometown and jumping right into bed with Spokane, virtually sight unseen.

Gone was the comfortable navigating of familiar haunts with lifelong friends, replaced with strange, ridiculously potholed streets leading to bars where absolutely nobody knows my name.

That anonymity can be exciting — who doesn't love a clean slate? It can also be isolating, though, when everyone you know in town is either a new co-worker or works with your partner.

The first few months of my Spokane affair were full of fits and starts. Not tumultuous, but not particularly inspiring. Even though my former home was not too different — naturally beautiful, culturally and politically on the conservative side with an amusing strain of religious fanaticism — our union still felt a little... forced. There was certainly nothing to indicate the city and I might forge the kind of loving, playful relationship I enjoyed in my old town.

That changed on a night when the girlfriend was stuck at work and I was left for a solo stroll through the First Friday festivities. Art-crawling is certainly better done with a buzz, and I spent the evening stopping at new (to me) watering holes between viewings.

First up, Satellite Diner and a Jameson on the rocks as an artist painted along to a man strumming an acoustic guitar. His style clearly didn't please the bartender on hand, who shut a door to the small vestibule housing the guitarist and cranked up the Soundgarden on the bar's system. A sound decision, for sure.

On to Mootsy's, where my order of a Bulleit inspired an older regular with more tattoos on his hands than teeth in his mouth to share his disdain for rye whiskey, but love for rye bread, especially on a quality Reuben. On a wall by the pool table, an old flyer informs me one of my favorite musicians, Mike Watt, has played there in the past. This was a bar for a guy like me.

Next stop, LeftBank Wine Bar to glimpse some graffiti pop-art and sip some wine, followed by a stroll south on Washington for photography at Liberty Ciderworks and a sample of the Newtown Pippin SV; it's reportedly one of Thomas Jefferson's favorite ciders, and who am I to argue with a Founding Father?

Heading into the unseasonably warm night and strolling through downtown among the bar-hoppers and art-strollers, the skate rats and suits, I started to feel more at home than I had since arriving in Spokane. Even reading a news alert about a wannabe serial killer stabbing someone downtown as I passed through the "Drug City"-tagged underpass couldn't kill this new buzz.

Not a buzz forged by the booze, but by the feeling I had about my new home. It's got grit right next to glitz. It's got amazing natural beauty within minutes in any direction. It's got a citizenry that takes advantage of what it has to offer, even while taking it for granted now and then.

Now you can include me among them. ♦