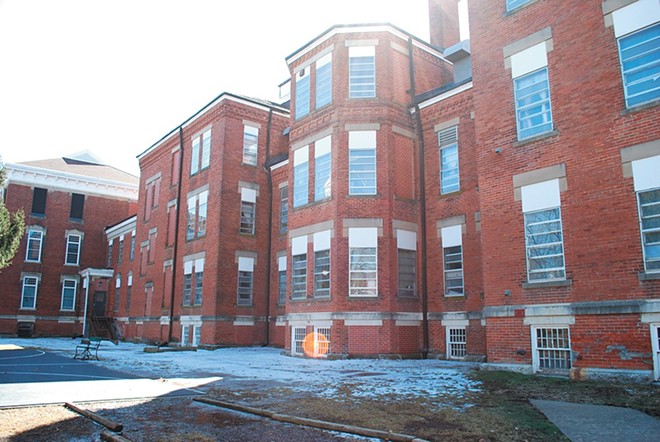 This spring, a Black teenager named Cornelius Fredericks was restrained by the staff at a youth academy in Michigan because he threw a sandwich. Fredericks, 16, was pinned down for more than 10 minutes, saying "I can't breathe" before he died, according to a lawsuit.

The alleged homicide, which was caught on video, happened at Lakeside Academy, a facility in Michigan operated by Sequel Youth and Family Services, a for-profit company that runs similar institutions across the country. Michigan Gov. Gretchen Whitmer called for Sequel to no longer serve facilities licensed by the state.

But as the Inlander has reported, Washington routinely sends kids in foster care to these Sequel-operated institutions when there are no in-state placements available — a practice that local youth advocates and civil rights organizations have criticized long before the fatal restraint this spring. Now youth advocates and civil rights organizations have sent a stronger message. In a statement delivered to Gov. Jay Inslee on Friday, they're demanding that the state end all contracts it has with Sequel.

"We call on Washington's Governor Jay Inslee to put an end to this," the statement reads.
"Washington should not entrust an abysmally failing company like Sequel with the precious lives of its children."

A total of 18 people, representing various organizations, signed the statement. Those organizations included Disability Rights Washington, ACLU of Washington, the Mockingbird Society, Northwest Justice Project and others, along with several attorneys and law firms who work with youth. The statement cites news coverage from multiple news organizations, including the Inlander.

Susan Kas, a staff attorney with Disability Rights Washington, says she wasn't aware that the state was sending kids to Sequel facilities before an Inlander story in 2017. That story featured a teenager who — when confronted with the prospect of being shipped to a Sequel facility called Clarinda Academy in Iowa — instead decided to escape and find his mother in Montana.

Disability Rights Washington, a nonprofit that has led the push for Washington to end its relationship with Sequel, then partnered with Disability Rights Iowa to investigate the conditions at Clarinda Academy. They found that Clarinda Academy not only fails to provide the appropriate treatment for kids who are in need of mental health treatment but that they used inappropriate physical restraint practices that further traumatized children. At the time, around 80 children from Washington were sent to out-of-state facilities because the state lacked foster care beds for them.

One girl told the Inlander in 2018 that she was restrained at least 10 times over the span of a few months at Clarinda Academy. During those restraints, staff members would lift her arms up "like a chicken" until — due to severe pain — she was forced to fight back. At that point, staff slammed her to the floor, she said.

Kas says she's heard more complaints since then from children who allege that staff at Sequel institutions have used abusive restraints. One child described blacking out while Sequel staff restrained him. Another described having staff slam his head, causing him to pass out.

"Sequel placements have continued, and we feel like, at this point, there's really no reason to continue giving them more chances given their track record," Kas says.

The state DCYF has said previously that there isn't enough bed space for children who need behavioral health treatment in Washington, which may force them to send kids out of state. On Friday, Inslee's office told the Inlander that they are "reviewing the statement from Susan Kas and others that was received this morning."

"We take such issues very seriously," says Mike Faulk, press secretary for Inslee, via email. "The Governor's Office will continue working with DCYF, [Office of Financial Management], and legislative leaders and budget writers to increase our state's capacity to serve children and youth with highly complex needs and avoid the need for out-of-state placements."

Kas, however, says that has been a goal for a long time, but the state has not fulfilled it.

"I think the state will always say that's their goal, and they would prefer state placements. But can they put a firm date or commitment to achieve that?" she says.

The statement sent to Inslee's office Friday says that Washington pays $300 to $800 per child per day for placements at Sequel facilities.

Kas says the letter was sent to Inslee's office because it's not just about the DCYF contracting with Sequel. She doesn't want any state agency to work with Sequel, including schools or the Developmental Disabilities Administration. She sees no reason for any state agency to do so, given the documented abuses at Sequel institutions.

Read the full statement below.