Clash of the Rivals

EWU rode its winning streak right over Montana in Cheney 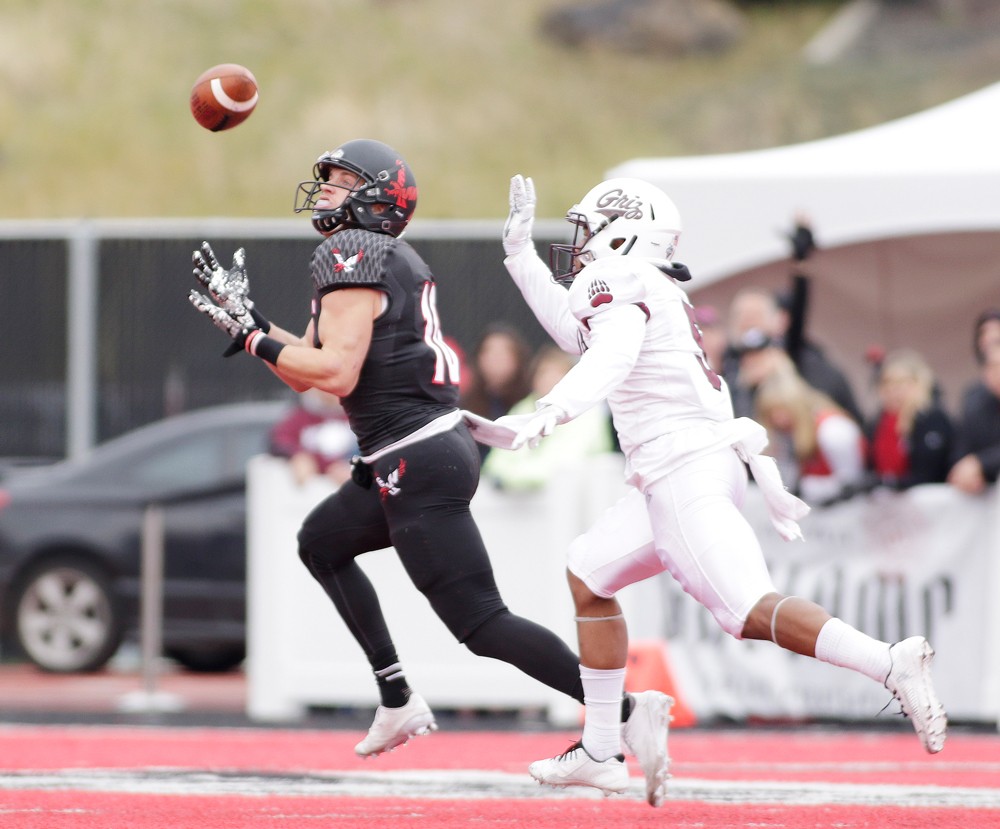 Young Kwak
Cooper Kupp caught two touchdowns, including a 69-yarder, to help Eastern beat Montana for the third time in his career.

Every other year, Roos Field on the campus of Eastern Washington University is flooded with a sea of maroon-clad fans

who've made the trip over from Missoula in the hopes that their beloved Griz will escape with a win over the Eagles. Saturday was no exception, with Montana fans snatching up a fair share of hard-to-get tickets — only to see their squad once again dominated by All-America receiver Cooper Kupp for the third time in four seasons.

Having already caught a 69-yard pass for a touchdown in the first quarter, Kupp took a lateral pass from quarterback Gage Gubrud and tossed it 54 yards downfield back to Gubrud to set up a score, putting the Eagles up 14-7 and shifting the game's momentum. The Eagles would not give up the lead for the rest of the game, with EWU's defense stepping up in the second half to seal the 35-16 win, their sixth in a row, good for 7-1 on the season and 5-0 in Big Sky play.

The Eagles now head to No. 14 Cal Poly in San Luis Obispo, California, on Saturday for a 6:05 pm kickoff.