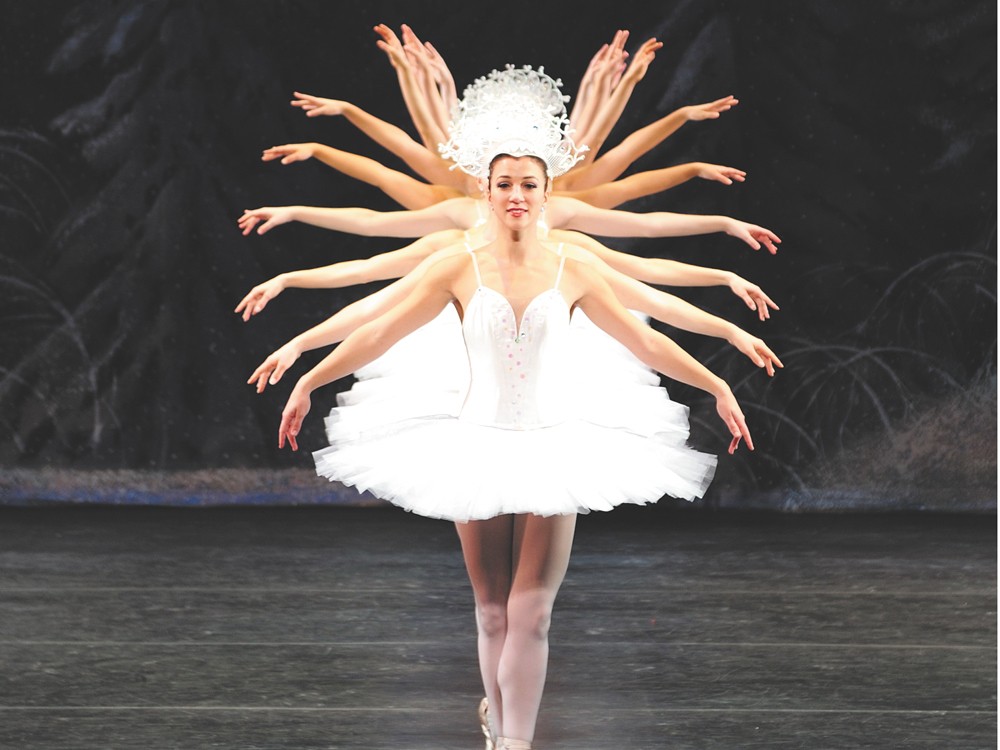 David Eck
The Symphony has returned in time for The Nutcracker.

The good news: The Spokane Symphony musicians will be back in their tuxes and playing the music of The Nutcracker when the show opens this week at the Fox Theater.

The bad news: Musicians’ salaries will be cut by 11 percent — setting the pay for core musicians at around $15,600 per year. Management had earlier sought a 13.33-percent cut across the board.

The musicians’ return from a four-week strike was announced Tuesday at a press conference in the atrium of the Fox, where Symphony Board President Peter Moye and Adam Wallstein, representing the musicians, stood side by side behind a podium.

The two sides came to a compromise, agreeing on a new two-year contract, after three days of negotiations that started last Friday. Musicians would also be given three weeks of personal leave time, which Wallstein previously told The Inlander could help musicians looking to supplement their income.

At the podium, Wallstein said that the decision to come back to work wasn’t an easy one for the musicians, who voted Monday night on the new contract terms.

“As we look forward, this will continue to be a challenging time for the musicians,” he said to a small assemblage of media. “But looking at the increased flexibility we’ve built into the contract, the musicians made the painful decision to return to work.

“This has never been a battle between good and evil, but rather a discussion — a debate about where and how to best balance fiscal stewardship and artistic excellence. For now we’ve chosen to put those differences aside,” Wallstein added. “The task before the musicians last night was to choose between two incredibly painful options, and we made the choice that nothing further could really be gained by staying out on strike.”

Moye added that right now is a critical time for the community to come out to support the organization.

After the two shook hands, and as the media dispersed, Annie Matlow — the symphony’s marketing and public relations director — announced, “The box office is open now!”