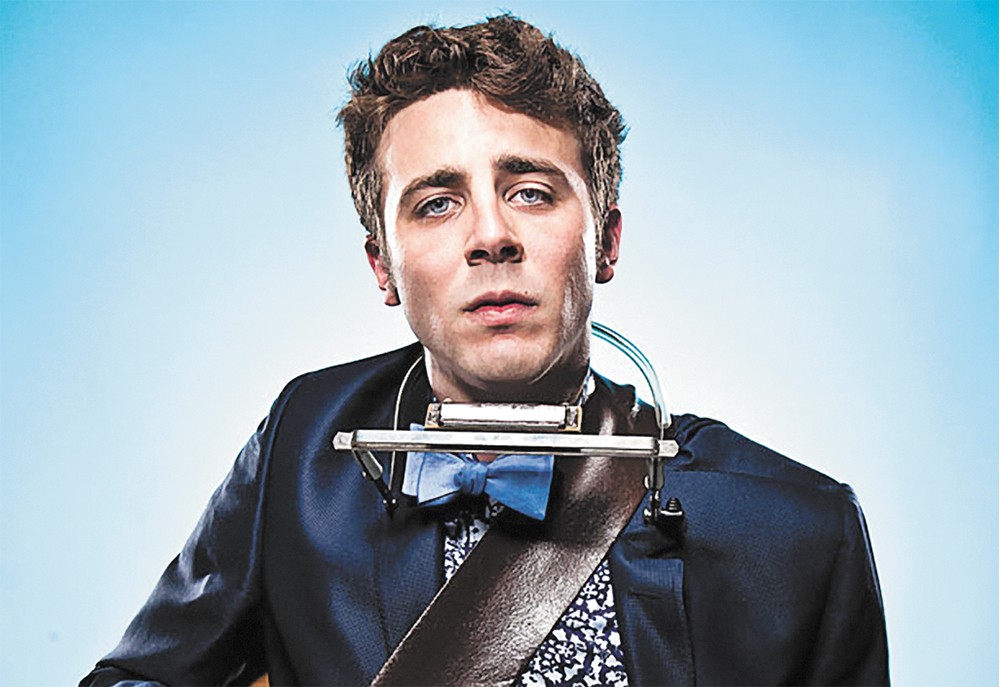 Joe Pug used to be a carpenter; now he hammers out soulful tunes on his guitar.

Joe Pug was ready to quit

, or perhaps have a nervous breakdown.

The record-tour grind through the young songwriter's first two albums made him a rising star on the folk-rock scene by the end of 2013, but also left him exhausted after four years and more than 400 shows. Even as the crowds grew at his shows, and his band sounded better than ever, the singer-songwriter was miserable playing music.

Post-tour and staring at a studio booked and waiting, Pug tried writing new songs and found himself just as creatively fried as he was emotionally spent. The words wouldn't come easily, and the bourbon went down a little too easily. He realized the only way to make new music that would make him proud was to cancel the recording plans and just go live some sort of normal, non-music life for a while and recharge.

It worked, judging by the intense, excellent songs filling his new album, Windfall. After the break, he described recording in Kentucky as "effortless and joyful," and that comes through his warm, weathered voice that belies his youth. Songs like "Stay and Dance" and "If Still It Can't Be Found" brim with optimistic life and stellar musicianship from Pug and his longtime band. One week into the tour supporting Windfall, Pug feels like he's found the right balance to avoid the darkness that enveloped him two years ago.

"I think we've learned to tour in a more humane way," Pug says, noting that the nine weeks on the first road from his new Austin home are now split by a 10-day break. "I've also had some time to get some perspective on what we're doing, to get my mind in a different place."

Right now, he says that place is a happy one that he always finds when he takes new music on the road.

"There's nothing like that first tour behind a new album," Pug says, "when you're still figuring the new songs out, and people are figuring out their relationship with them. It's a very vital time."

Even though South by Southwest was just held in his new hometown, Pug hit the road before all the industry folks invaded — just another means of keeping his head together. Starting the tour on the sunny West Coast doesn't hurt, either, as he makes his way to Spokane and his trio slowly locks in their approach to the new songs.

"There are some bands that strive to change things up every night," Pug says. "The way I look at it is, if you're a basketball player, you want your jump shot to be the same every time if you can. It never is, but you're always aiming for that."

The more Pug strives for that perfect sound in his head, the better his songs seem to get. On Windfall, he's closer than ever. ♦