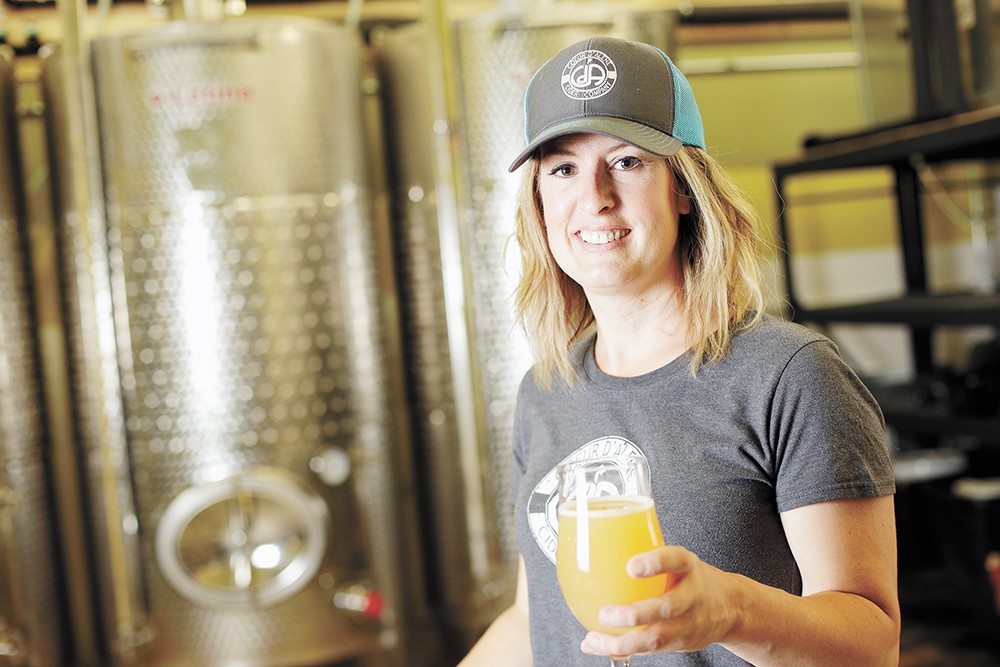 They've been the apple of many eyes since bursting onto the scene in 2017, with thirsty cider lovers wondering where they could try Coeur d'Alene Cider Company's hard apple ciders. Back then, the answer was pop-up and other events, like the North Idaho Ales for the Trails summer fundraiser, Kootenai County Farmers Market, or the occasional guest spots at local breweries and eateries. Now the answer is 1327 E. Sherman Ave., Tuesday through Saturday, where Coeur d'Alene Cider Co. recently opened its tasting room. The spot features up to 13 Pacific Northwest ciders, three of which are from its own ciderhouse, says owner Jill Morrison. Those three are the Winter Berry, with cranberry and pomegranate; Morty's Blackberry-Lemon — at 6.9 percent alcohol-by-volume, this one packs a punch; or Boombox, with a slightly lemony finish. In addition to cider, the taproom rotates three local beers, offers wine by the glass and serves a themed small plates menu; currently featured is pimento cheese with artisan crackers, a whipped garlic-infused cheese spread served with Sweetwater Bakery focaccia, and spicy jalapeño chips with cheese. Follow at facebook.com/cdacider for specials and live music lineups. (CARRIE SCOZZARO)

Spokane chef Chad White didn't waste any time between an announcement in late January and the soft opening just a month later for his newest culinary venture: a New England-inspired lobster bar in the heart of downtown. Kicking things off last week, High Tide Lobster Bar's special focus is fresh Maine lobster rolls ($16) served with tarragon mayo on buttery, toasted rolls with a side of fresh lemon. The quick-service counter is located on the second level of 502 W. Riverside Ave. in the downtown Skywalk system. The concise menu also includes surf and turf, short rib and veggie-friendly mushroom rolls, along with a New England-style clam chowder and wedge salad. High Tide is open Monday through Friday, 11 am to 6 pm. Follow on social media @hightidelobster. (CHEY SCOTT)

Downtown Spokane is getting a new nightspot later this year. Flatstick Pub is moving into a large street-level space inside the newly renovated M Building at 612 W. Main, and is projected to open in late summer or early fall. Flatstick Pub is a casual beer-bar-meets-indoor-mini-golf course, with three existing locations in the Seattle area. Founded in 2014, Flatstick Pub is owned by Spokane natives and brothers Sam and Andy Largent. In addition to a nine-hole mini golf course, Flatstick is known for its original golf-themed bar games like "Duffleboard." Spokane's iteration of Flatstick Pub is set to feature upwards of 30 taps pouring only products from regional, independently owned beer and cider makers, along with wine. Its pub food menu is being developed by renowned Seattle restaurant group Ethan Stowell Restaurants, which also collaborated on the food offerings at Flatstick's South Lake Union location. The pub is billed as being dog friendly and will be open to minors daily until 7 pm. (CHEY SCOTT)