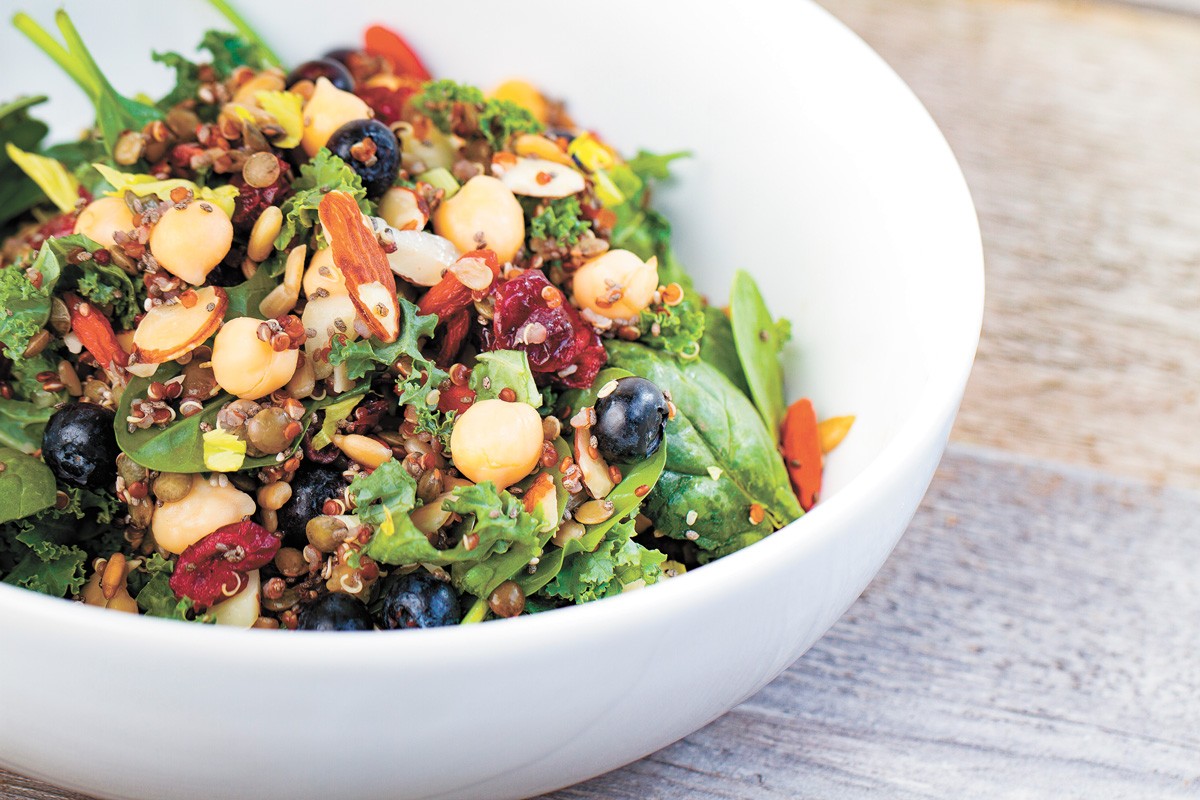 Dining in Coeur d'Alene is diverse, with a range of culinary adventures from pub food to international cuisine to fine dining — many within walking distance of each other.

In the Riverstone complex, for example, VINE & OLIVE EATERY AND WINE BAR is an upscale casual spot with cool gray walls and a grown-up feel. Reservations might be a good idea here, as it's popular for its European-inspired menu and exceptional wine collection. The house-made tagliatelle pasta smothered in a rich meat sauce will transport you to Italy with every bite ($16).

Around the corner, their sister venue called VICINO PIZZA serves up wood-fired Neapolitan-style pizzas like the sweet-and-savory sausage and honey pie. Vicino is white walls, bright light and a fun spot to gather, like before or after a visit to the nearby movie theater (which will someday reopen, we hope).

Get a little walk along Riverstone's manmade lake, where BARDENAY RESTAURANT AND DISTILLERY is anchored. Have a seat on the patio, at the beautiful bar or near the fireplace as you sip one of Bardenay's signature drinks, like the sweet-and-sour ginger rum cocktail. Perfect with their 8-ounce salmon with sun-dried tomato butter.

The exact boundaries of "midtown" Coeur d'Alene might be a matter of opinion — maybe as far north as the freeway and certainly the main Third and Fourth Street thoroughfares — but what's not up for debate is the abundance of dining options.

CAPONE'S PUB AND GRILL is an all-ages favorite, especially for its pizzas, like the Hawaiian-style "luau" pizza, which might convince you that ham and pineapple are perfectly paired.

IZZY'S COMFORT FOOD is a cozy corner spot that has you covered when it comes to gluten-free options. Its chicken sandwich includes a maple-whiskey glaze with pickled apple slices, while the chicken dinner is its twist on a Southern classic.

Another cozy midtown eatery is MONARCH RAMEN + NOODLE HOUSE, the sister restaurant to nearby Syringa Japanese Café & Sushi. New to ramen? Monarch's staff will show you how to build your own or try one of the numerous standard combinations, including vegetarian and gluten-free options.

And for something completely different (than Monarch and Syringa, but from the same owners), try BLUEBIRD MIDTOWN EATERY. It's only slightly larger than Monarch but with a Northwest bistro vibe and curated wine and craft beer list. The Spanish paella features Alaskan halibut, Washington clams and a spicy chorizo sausage courtesy of another local restaurant: Crown & Thistle.

Located downtown, just off Sherman Avenue, CROWN & THISTLE is the place to go for all things sausage. Between the eclectic, old world décor and British-forward beer and food menu, you'd swear you were in London. Order a Guinness or Smithwick's and tuck into the fish and chips with house-made tartar or the bangers and mash, featuring house-made sausages.

Downtown definitely has it going on with must-try places including HONEY EATERY & SOCIAL CLUB, SEASONS OF COEUR D'ALENE, and 315 CUISINE for finer dining and SWEET LOU'S RESTAURANT AND TAPHOUSE, COLLECTIVE KITCHEN PUBLIC HOUSE and CRAFTED TAPHOUSE + KITCHEN for pub food.

Don't forget about the edges of town, like the east end of Coeur d'Alene, where MOON TIME has been a local favorite for decades. This sister restaurant to Hayden's The Porch and the Spokane-based Two Seven, El Que, and Elk restaurants epitomizes the gastropub appeal with dishes like the rosemary-infused lamb burger and Thai-inspired "swimming angel" with spicy peanut sauce and tender grilled chicken.

Head north from downtown for another outlier not to be missed. COSMIC COWBOY GRILL offers fast-casual dining that doesn't feel like fast food, with a focus on healthy for both veg- and meat-forward foodies. Try the out-of-this-world Cosmic burger with natural bacon, cheddar cheese and all the fixings.

The Great Dine Out kicks off during a warm spring weekend, with a lasting recovery in sight for the hospitality industry Sponsored