Coffee is experiencing a renaissance in Spokane, which was recently named one of 11 best smaller cities for coffee by National Geographic's travel site. Since the first roasters came on the scene decades ago — Four Seasons, Craven's Coffee, Thomas Hammer — Spokane (and the surrounding area) continues to nourish an expanding network of roasters and specialty providers, ranging from small, artisan roasters to larger, multi-branch businesses, and from independent labels to ones that might very well end up on shelves outside the region they were birthed.

Coffee shops have also expanded, becoming ubiquitous community meeting places for both work and play. The online Yellow Pages, for example, puts the number of coffee and/or espresso locations at well over 3,000 just in Spokane!

Coffee roasters and coffee shops — which are sometimes one and the same, such as Indaba — have also helped cultivate a more nuanced understanding of coffee in the region's consumer base. We care where coffee comes from, how it's roasted and are freer than any generation past to explore variations on the type and way we drink our java.

Consumers and coffee providers have both become more savvy, resulting in a dynamic coffee culture as rich and varied as the humble roasted bean that inspired it. 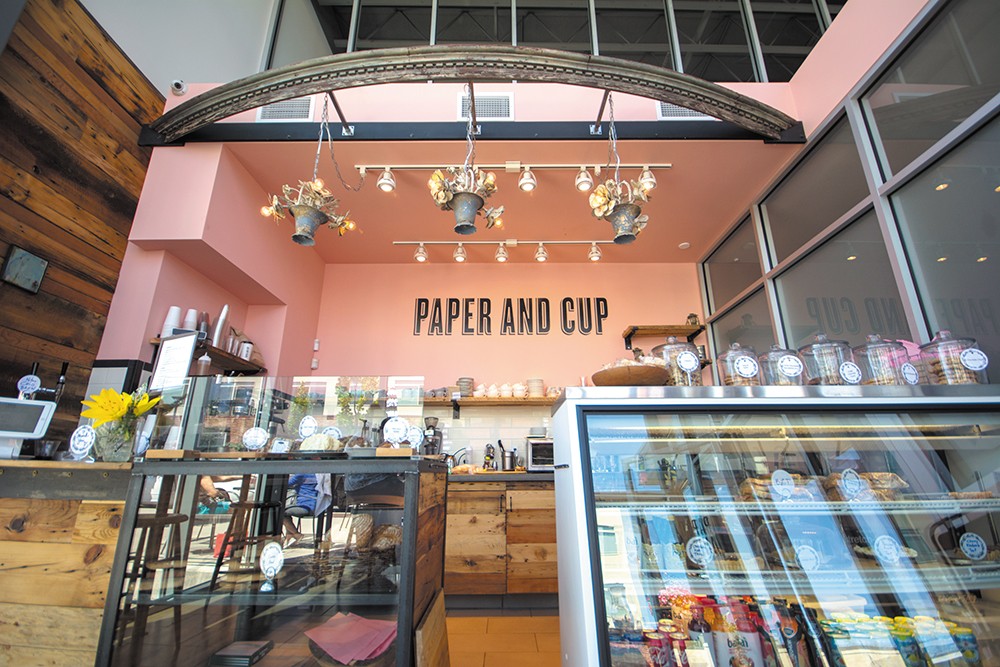 Known for its white coffee, this small-batch roaster opened in the Logan Neighborhood this past spring, giving busy southbound traffic on Hamilton a place to relax with a strong cup of Joe. 1923 N. Hamilton St., Spokane

Located inside the Innovation Collective building and serving as a hub for the many co-working businesses who utilize the space, Coeur d'Alene Coffee Company specializes in roasting its own beans and crafting innovative drinks like the Pistachio Rose Latte. 418 E. Lakeside Ave., Coeur d'Alene

Deborah Di Bernardo of Spokane's Roast House coffee never planned to open a retail location that would exclusively serve the roaster's sustainably farmed, shade-grown, organic and fair trade coffees, but that all changed when an opportunity arose that was too good to pass up. The downtown cafe opened in summer 2018, and specializes in serving single-origin roasts and hand shaken coffee drinks, along with hosting hands-on coffee education events and supporting its community partners in a variety of ways. 1017 W. First Ave., Spokane

Baked goodies from Chaps Diner and Cake Bakery, which also own the shop, and a view over Peaceful Valley make this a go-to in Kendall Yards.

Formerly Grumpy Monkey, this North Idaho roaster and coffee company with roots in the Silver Valley specializes in bona fide Belgian waffles and recently remodeled its space to include a roll-up door and a sunny interior that matches its overall approach to service. 2102 N. Fourth St., Coeur d'Alene

Cozy, eclectic and right next door to its parent company, the Bluebird — same owners — this is every inch the funky meeting spot one would expect in midtown Coeur d'Alene. 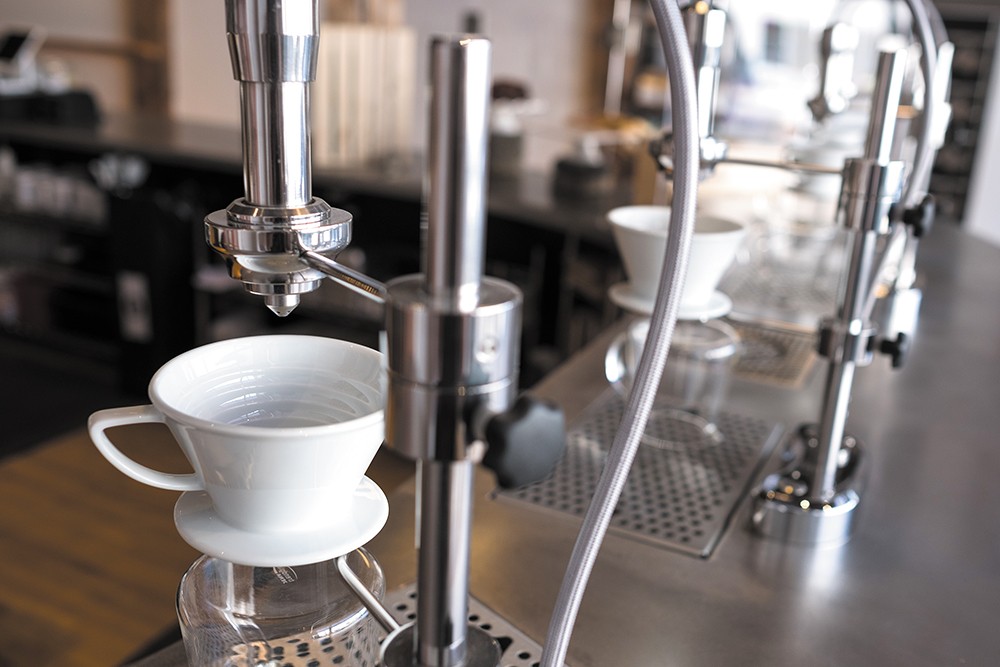 They may not roast their own beans, but this coffee shop a few doors down from Boo Radley's — both named after characters in To Kill A Mockingbird — is a popular spot to soak up some of the same counterculture cool as you'll find in the retail shop nearby. 222 N. Howard St., Spokane

Their tasting lab, as they call it, is out-of-the-way, which is fine by the owners of DOMA, who started the fair-trade company in 2000, committing themselves to high quality products and the community in equal measure. Find their coffee served in many Coeur d'Alene and surrounding restaurants.

Their first shop was in 2009 in the West Central neighborhood, pre-gentrification, after which they expanded to roast their own beans. They have added multiple locations (and awards) since then, including their newest in Kendall Yards and a second location in West Central. 1425 W. Broadway Ave., Spokane • 210 N. Howard St., Spokane • 1315 W. Summit Pkwy. • 419 N. Nettleton St., Spokane

They have been a Sandpoint staple since they opened in 2009 and quickly developed a reputation for their relationship-based approach to roasting. Evans Brothers has since expanded to Coeur d'Alene. They've also earned two Good Food Awards from Food and Wine magazine, including a recent nod in the magazine's nationwide best coffee writeup.

They burst onto the scene in 2010, snagged a Food and Wine Good Food Award, became the darling of a host of restaurants in Spokane and surrounding areas and continue to push the envelope with new locations and products like their popular F-Bomb cold brew.

The veterans of Spokane's coffee culture, Thomas Hammer helped the region see what it was missing 25 years ago. With its distinctive orange and white logo, Thomas Hammer coffee is a beacon of excellence, with 18 locations, many of them inside other businesses throughout Eastern Washington and Idaho.

Using sustainably grown, chemical-free beans and being a good steward in the community is the focus of Vessel Coffee Roasters, whose flagship shop is a cornerstone to their North Monroe Neighborhood. 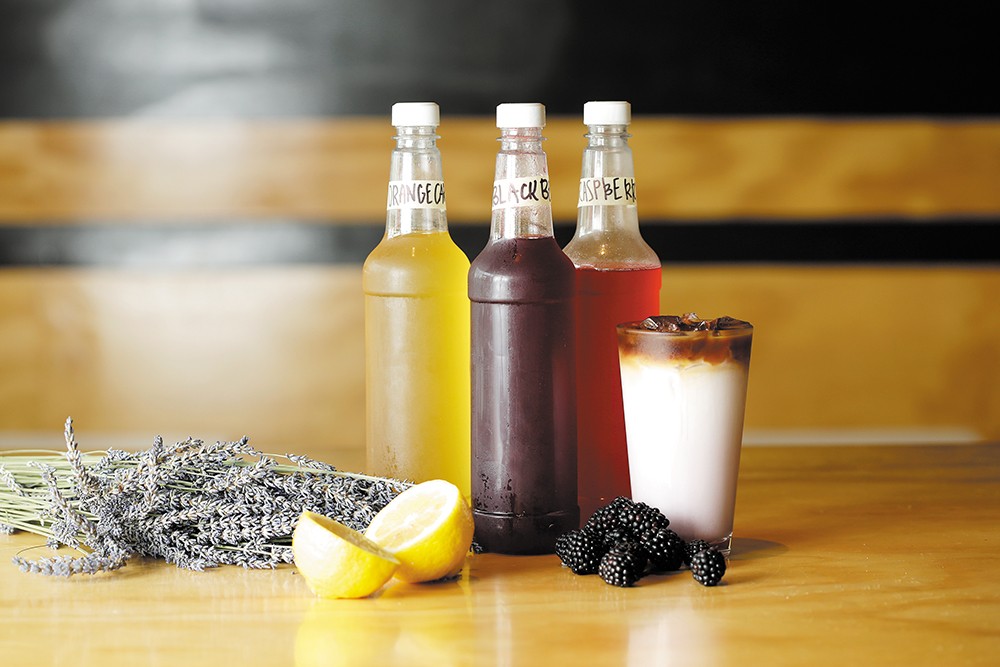 Artisan coffee is about the details, from the type of bean to the way the coffee is made, so it's only natural to see a sweet new trend involving house-made syrups like the ones Cedar Coffee makes. Unlike dry sweeteners, syrups dissolve easily into either hot or cold liquids. Revel 77, for example, puts its scratch-made syrups in its lattes, hot chocolate and Italian sodas. Syrups can be infused with flavors, like the lavender, which Maple Street Bistro and Paper and Cup both feature, as well as seasonal flavors, which for Spaceman Coffee has included pumpkin purée spice and strawberry basil.

The original print version of this article was headlined "Coffee Culture"