Because coffee doesn’t always have to be brewed hot 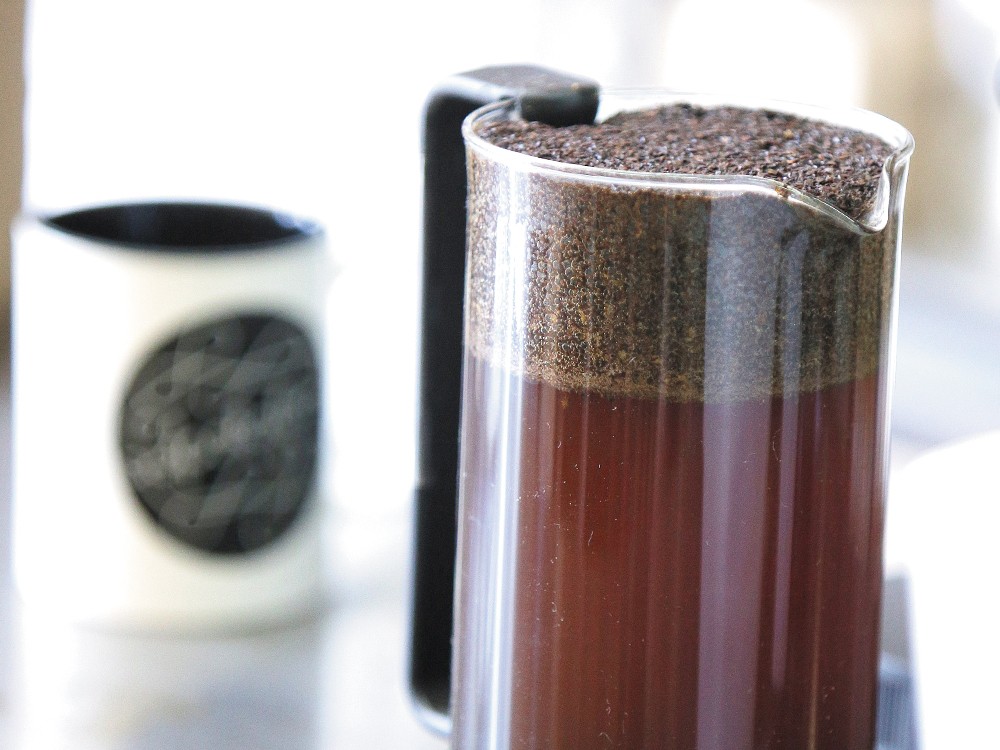 Young Kwak
Cold-brewed coffee is less acidic and easier on the stomach.

It’s morning. You put on the coffeepot and it’s ready in four minutes. An espresso? That baby brews in about 30 seconds. But say you want cold-brew coffee. Well, that will take up to 24 hours. The result, many coffee fans are finding, is worth it.

It might sound complicated, but many baristas, roasters and coffee drinkers find cold-brew coffee worth the extra effort, and it turns out using the cold method isn’t as much of a hassle as it seems.

Out in Hangman Valley, 52-year coffee veteran Tom Sawyer makes his cold-brew using a Toddy maker. The Toddy company launched its cold-brewing system in 1964, and its popularity has made the word “Toddy” nearly synonymous with cold-brew in casual conversation, especially as of late.

First, Sawyer runs the beans (he favors a Sumatra blend for cold-brew) through a coarse grind so as not to clog the filter. Room-temperature water is then poured over the grounds in the brewing container. After letting it expand for an hour or two, more water is added and everything is left to steep for 24 hours. After the wait, Sawyer pulls the cork at the bottom of the container and lets the brewed coffee filter into a glass decanter.

“It takes a little bit of time and effort to make the Toddy, but it’s fantastic when it’s done,” Sawyer says.

Whenever he gets the chance, Sawyer preaches the cold-brew good news to his neighbors and customers at his roasting and wholesale business, Tom Sawyer Country Coffee.

He points out some distinctive advantages of cold-brew: Since it’s actually a concentrate, you can refrigerate a batch for a few weeks. When you’re ready to drink it, just add water, milk or ice to your liking. So if you happen to have a partner who’s nitpicky about how strong the coffee is, you can make two cups diluted to different strengths. And just because it was cold-brewed doesn’t mean you have to drink it like iced coffee. Add hot water for a steaming cup or create dessert by pouring it over vanilla ice cream.

Another lure of cold-brew is that it comes out with less acidity — making it easier on the stomach — and has a smoother taste than conventionally brewed coffee, which tends to have more of a bite. The reason for that is found at the molecular level.

Cold-brew has 67 percent less acid than conventionally brewed coffee, according to a pH test conducted by the Toddy company, says Ronnie Pelton, a Toddy customer advocacy director who was also a barista for six years and owned his own roasting business. The cold water extracts less of the soluble acid from the beans, but draws out more sweetness, resulting in chocolaty notes, Pelton says.

“The reason why people enjoy the taste and say it tastes smooth is because it has less acid, and because it has a good amount of those sweet compounds that help to make it taste smooth,” Pelton says. “That’s the one-two punch.”

But the Toddy way of making cold-brew isn’t the only way. Other commercial cold-brew methods are out there, such as Filtron and Oji, the Japanese drip system (which looks like an artistically arranged chemistry set). Those products just make cold-brewing easier.

At home you can make cold-brew in a French press, or even in a gallon Mason jar or a pitcher. “Some way or another they have to strain it,” Di Bernardo says. The Toddy maker has a wool filter that makes the brew almost sediment-free, she says, but beyond that you’ll have to be creative. She suggests cheesecloth, a spaghetti strainer or coffee strainer.

Since then, Di Bernardo has been promoting cold-brew, but she says it wasn’t until the past three years that it really took off locally and nationally, especially corresponding with the growler trend.

She even did a blind taste test at Roast House — an espresso shot versus cold-brew faceoff. “Every one of us chose cold-brew every time,” Di Bernardo says.