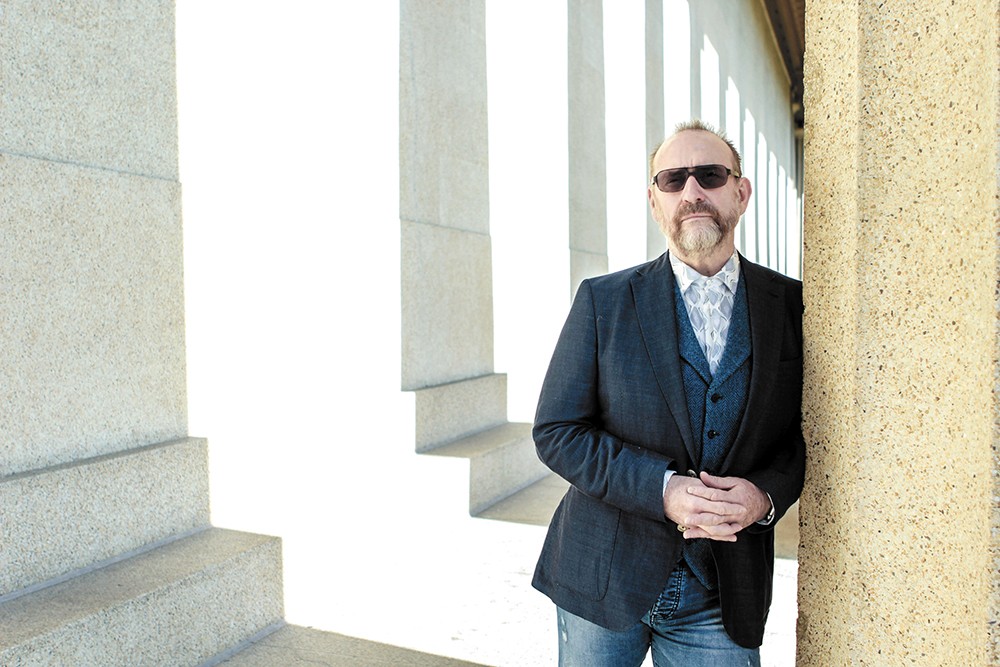 Colin Hay is not the first musician to enjoy a late-career renaissance, but his is one of the most unlikely.

The Scotland-born, Australia-raised Hay led quirky pop-rockers Men at Work to international stardom in the early '80s. After forming in 1979, the band hit huge just as MTV launched thanks to songs like "Down Under" and "Who Can It Be Now?," eventually selling more than 15 million copies of their 1981 debut album Business As Usual, and another 5 million of their 1983 follow-up, Cargo.

As quickly as it began, though, the band splintered and was all but over by the end of 1983, just a year after winning a Grammy for Best New Artist. Singer/guitarist Hay found himself with no band to lead.

"It was a little bit like a storm, you know?" Hay says of those years, via telephone with the Inlander. "You kind of go through it and then go, 'F---, what was that?'

"I think men have an inherent problem with communication in their 20s, or even longer. There's communication breakdowns and we don't know how to solve it. We don't know how to negotiate with people and how to make things better. Instead, we just retreat to our respective corners ... I really loved being in Men at Work, but by the time it ended, I was ready for it to end. I think I really wanted to be on my own."

In time, though, Hay worked through his '80s hangovers — one from instant fame, one from drinking for a decade or so — and used the intimate gigs after his band's breakup to create a new life as a joke-telling troubadour with a knack for writing emotionally stirring songs and delivering mesmerizing performances.

"I went from playing to 150,000 people to playing to about eight, which was very weird," Hay says. "When you have an audience of 10 people, you can just talk to everybody because they're all just sitting there in front of you. Then more people come, and you talk to them and sing to them and just build gradually so that there might be 1,000 people in a room, but you can still talk to those 1,000 people in a relatively conspiratorial way and make it just like you're at home."

Before Hay worked his way back to audiences of 1,000 or more, he had to move away from Melbourne and his old temptations. He landed in Topanga in 1989, a "pretty low-key" area of Los Angeles where Hay says he leads "an almost hermit-like existence."

Soon Hay was playing small shows in the area and doing coffeehouse tours in the U.S. "You play for nobody for years, and your audience starts growing," Hay says. "They grow almost imperceptibly, but they do grow, and you pick up fans along the way."

One of those fans helped lead to Hay's reemergence into the public eye. Then-unknown actor Zach Braff started watching Hay perform in Los Angeles and after Braff got a role on Scrubs, he helped Hay's music get included in a few episodes, followed by Hay himself acting on the show. Later, Braff included Hay's "I Don't Think I'll Ever Get Over You" on the hit soundtrack to his directorial debut, Garden State.

"That really helped a lot to expose my music to a large audience," Hay says. "But the live stuff you do before that, you have to do that in order for the other things to happen. You gotta be out there already doing it for anything to happen. You can't be sitting around waiting for something to happen."

Hay's never been one to sit around; besides the relentless touring for nearly 40 years, the 65-year-old has produced 13 solo albums since the Men at Work days. It's a catalog full of humor and romance and wry observations on life and love. All of that comes through on his latest release, Fierce Mercy. The 13 songs were recorded mostly in his home studio, but Compass Records' boss Garry West convinced him to add some flourishes in Nashville, so touches of banjo and pedal-steel pop up on tunes like "Come Tumblin' Down" and the epic "A Thousand Million Reasons." Most noteworthy from the Nashville sessions, though, is orchestral strings that turn songs like "Secret Love" into some of the best of his career.

"The real reason I went to Nashville was to record real strings, which was a real joy," Hay says. "It was a beautiful experience. There's nothing like when you're recording a record live in the studio and you're in the control room and they do a take and the orchestra comes in. There's no feeling like it. It's magical." ♦