By Howie Stalwick and Mike Bookey 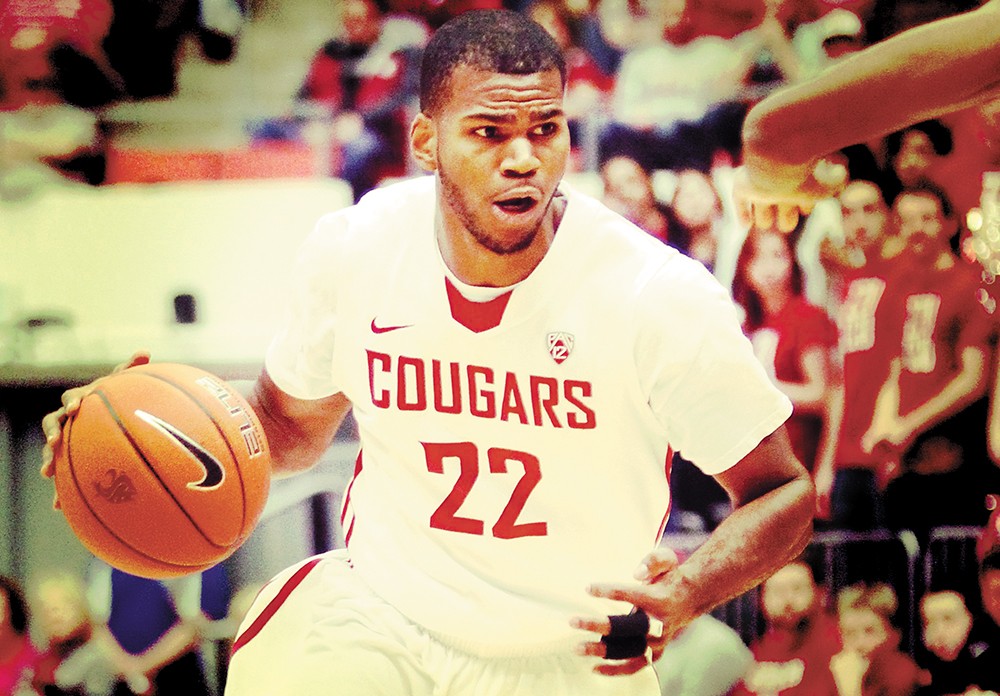 Forward D.J. Shelton will be a key component to WSU's offense this season.

Does that mean the Cougars have no hope?

Bone says he "can understand" why Pac-12 Conference media, voting in their preseason poll, picked WSU — by a wide margin — to finish last. After all, the Cougars finished in the cellar last season with Pac-12 scoring champion Brock Motum, who now plays professionally in Italy.

In four years at the helm, Bone has guided the Cougars to a pair of last-place finishes and a pair of deep runs in non-NCAA national tournaments. The Cougars are 26-46 in conference games under Bone (71-65 overall) and have yet to crack the upper half of the league standings. Many fans want Bone gone.

Current AD Bill Moos, who rarely makes any public comments about WSU coaches that do not radiate with praise, has been sparing in public compliments about Bone. The coach said he was uncertain about his job status at the end of last season, and two weeks passed before Bone and Moos met and it was announced that Bone would return.

Bone did himself no favors when, for the second straight season, he suspended a capable point guard prior to the season. Three-year starter Reggie Moore was kicked off the team last season, and junior college transfer Danny Lawhorn recently quit school.

Woolridge, a natural shooting guard who shared point guard duties last season, is back at the point. He will continue to slide over to the wing at times.

The 6-foot-8 Shelton likes to shoot 3-pointers, but Bone also needs him to score inside on a perimeter-oriented team. Shelton's rebounding is another key.

"Making shots is just a bonus," Shelton says. "I think if I'm doing things like that (rebounding) good, we're just a better team and opponents can't stop us."

Bone wants to press more and apply more pressure defense in general. Asked if the Cougars can succeed with that style of play — particularly with officials cracking down on the use of hands and arms on defense this season — Bone said, "That's a great question."

Conference finish: 6th (out of 10 teams)

Things are fresh over in Moscow for the Vandals: the Idaho men's basketball team features a total of 10 players who didn't take the floor last year. Five are true freshmen, joining redshirts and transfers for a new-look team that's most noticeably missing center Kyle Barone, last season's Western Athletic Conference player of the year now playing professionally in Poland.

That's not the only change. The WAC was dismantled in the offseason and reconstructed to feature six new teams: Cal State Bakersfield, Chicago State, Grand Canyon, Missouri-Kansas City, Texas-Pan American and Utah Valley. If you're a Vandal fan and had to Google a few of those schools, you're forgiven. The change puts Idaho, though very young, in a good spot in not-so-good conference.

The Vandals tipped off their season at home Saturday, battling back and forth with Western Illinois and squeaking out a closer-than-comfortable 67-64 win. A positive sign was the play of senior Stephen Madison, who scored 21 points, snagged 14 rebounds and dished five assists in what head coach Don Verlin hopes will be a trend for a team still searching for its identity.

They'll find another positive in Glen Dean, a 24-year-old point guard who spent his first two years at Eastern Washington, then played for Utah last season. He's transferred to Idaho for his final year of eligibility, joining his half brother Perrion Callandret, a true freshman guard who could earn some minutes this season.

They faced a big road test this week, visiting Oklahoma and taking on the Sooners in a Coaches vs. Cancer contest. The rest of their non-conference schedule, including a Nov. 27 game at rival Boise State, looks manageable.

Conference finish: 9th (out of 11 teams)

The Eastern Washington Eagles, coming off a rough 10-21 season, are looking to make waves in a tougher-than-usual Big Sky Conference. But they're still young — there's not a single senior on the roster, and only two juniors who have taken the court for the Eagles will suit up this season.

"When you look at the amount of playing time and experience sophomores or juniors at other schools in our conference have had, I think we compete very favorably."

Some of that youth will be maturing on the court this year, especially Venky Jois, last season's Big Sky freshman of the year. The 6-foot-7 sophomore scored 22 points and grabbed 11 rebounds Sunday in Cheney as the Eagles routed Pacific (Ore.) 87-58 in their opener. The Australian is one of seven international players on the Eastern roster. The Eagles will depend upon 6-10 German Martin Seiferth to anchor their defense down low.

The Eagles' Big Sky schedule will be tough, as will their non-conference slate, which includes a visit to Washington on Sunday. Eastern travels to Northern California to face St. Mary's on Dec. 8 before jetting off to take on UConn, currently ranked 19th, on Dec. 28. 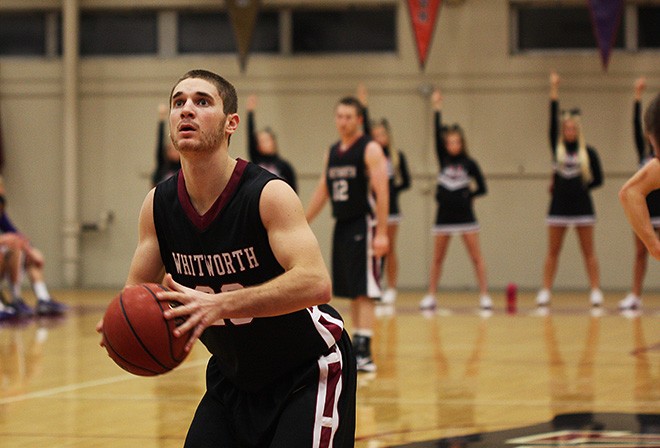 Guard Colton McCargar is part of a strong group of seniors for the Pirates.

There's no sign of a slowdown for the Whitworth University men's basketball team. They just seem to reload each winter, steadily making a name for themselves in Division IIl.

The Pirates are coming off their fourth consecutive Division III Sweet Sixteen appearance, which ended in Spokane last March when Whitworth, then ranked sixth, was knocked off by Mary Hardin-Baylor. The Pirates managed 26 wins, return most of their offensive output and are primed to equal that figure.

They enter the season ranked No. 12 in the nation, and third-year head coach Matt Logie will look to sophomore George Valle to continue the scoring that made him a freshman standout, averaging 12.3 points per game.

Whitworth's cozy gym holds just over 1,600 fans, making for a raucous environment, and tickets are just $10 for adults and $5 for seniors. That's a deal for a brand of basketball this good.