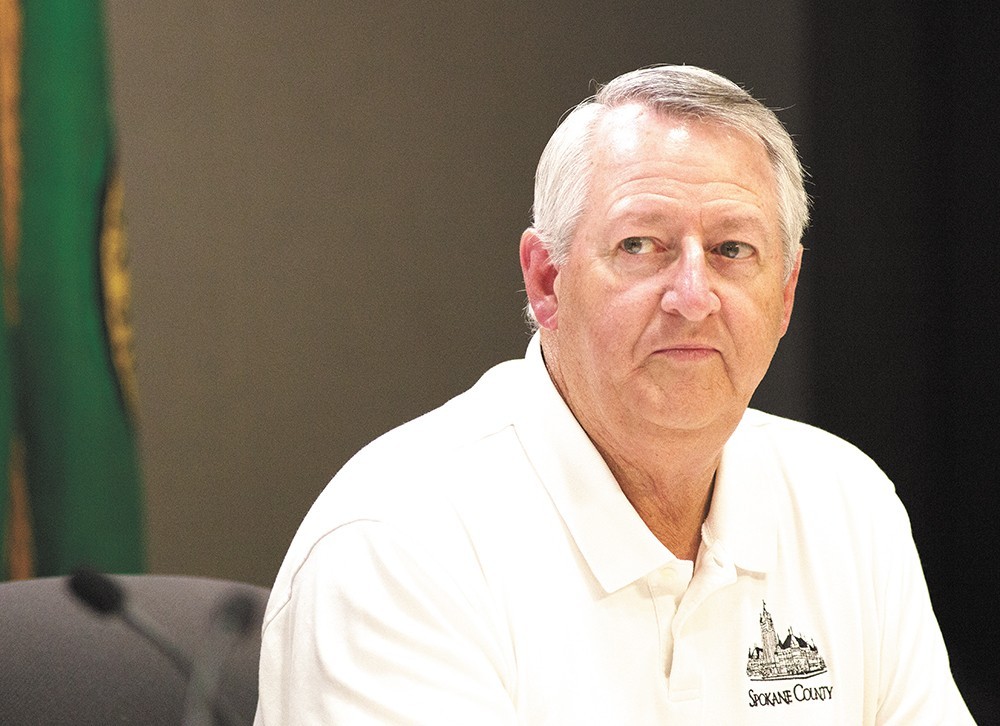 County Commissioner Al French is hopeful the settlement on Spokane's Urban Growth Boundary will work for everyone.

For 18 months, Spokane County and several groups of neighborhood activists had been locked in a tug-of-war behind closed doors, ordered to hammer out an agreement on four long-running land-use fights.

This Monday, with the help of two Growth Management Hearings Board arbitrators, they finally forged a compromise.

The deal not only brings to an end more than a decade of lawsuits against the county, it lays out a path forward to avoid future disputes.

The battle had been waged over the county's URBAN GROWTH AREA, the zones of the county where dense development is allowed. The county has expanded the Urban Growth Area, arguing that specific additions were necessary for reasons that included providing sewer services or allowing the construction of new schools. But land-use activists and local neighborhood groups have objected, arguing that the county wasn't growing fast enough to justify such expansions. They warned such expansions would result in suburban sprawl, and cost the county more money in the long run.

Coming to an agreement, in other words, meant that everyone had to give up a lot of ground — in some cases, literally.

"In every mediation process, by the time you're done with it, nobody's happy. Everybody's given something, and everybody's taking something away," County Commissioner Al French says. "So I don't want to characterize this as a win-lose for anybody other than the community at large, which has gained greater clarity and ability to move forward."

The deal means that most of the land added in the county's previous UGA expansion will remain. But land-use activists can take comfort in the framework established to limit future expansions. The county is constrained from expanding the UGA before 2025 unless certain conditions, such as population growth, are met. Otherwise, if the county wants to expand the boundaries in some places, it has to contract it in others.

"I'm optimistic this sets a path forward to try to avoid some of these legal trainwrecks that have occurred," says Rick Eichstaedt of the Center for Justice, attorney for the neighborhood groups. (DANIEL WALTERS)

After enhancing a photograph of Bodman's vehicle, Carter found an imprint of a snapback hat on the deputy's driver side bumper, matching the hat Holyk wore that night. The imprint, coupled with Holyk's DNA found in the same spot, indicates that the vehicle clearly struck the 15-year-old, Carter determined.

Initially, Carter and local law enforcement said that Bodman's police SUV missed hitting Holyk as he rode his bike through an intersection against a red light on the night of May 23, 2014. Bodman was driving approximately 70 mph, in the dark, with no lights or siren. Holyk died of head injuries in the hospital several days later.

For two years after the accident, the Sheriff's Office pointed to the previous investigations, absolving Bodman of any blame in Holyk's death. Following an internal investigation, Bodman was issued a letter of reprimand for not using his lights or siren and is currently back on duty. Sheriff Ozzie Knezovich says it's yet to be determined if Carter's recent conclusions mean that Bodman is at fault.

Holyk's family has filed a civil lawsuit, set for trial in August, against Bodman and the Sheriff's Office. Mike Maurer, the attorney for Holyk's family, says he has not yet received any settlement offers.

Spokane County Prosecutor Larry Haskell says his office will take a second look at the case and reconsider whether to file criminal charges. Haskell says that Bodman could be charged with vehicular homicide. (MITCH RYALS)