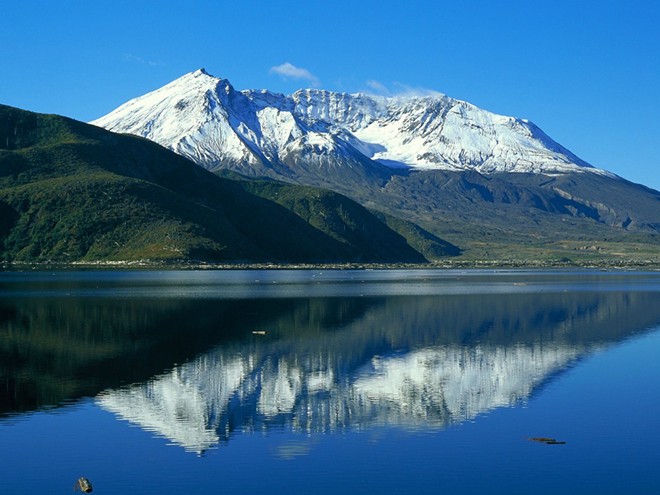 Washington State Parks
Mount St. Helens as it looks today.
May 18 is a big day in regional history. And this year, that date has some extra significance, as it marks the 40th anniversary of the May 18, 1980 eruption of Mount St. Helens.

Many local and regional organizations are commemorating the historical moment this weekend and on Monday, May 18. After you check out the Inlander's cover feature on the Mount St. Helens eruption and how it impacted the Inland Northwest, check out these virtual events to learn more about the unprecedented geological disaster.

Lots of events are happening on the big 40th anniversary of the mountain's eruption, which occurred at 8:32 am on this date, 40 years ago. Here's a rundown of all that's coming up online:

Mount St. Helens Critical Memory: Behind the Scenes
The Northwest Museum of Arts & Culture in Spokane is closed through at least mid-June, but in the meantime, the MAC has taken elements of its Mount St. Helens: Critical Memory exhibit online through a virtual tour and several video features, including the story of Spokane geologists Keith and Dorothy Stoffel, who saw the eruption unfold that morning from the air. Find these video features (available May 18) on the museum's Facebook and YouTube.

Over the past few weeks, the MAC has also been sharing via Facebook recordings of memories shared by the community for its "Sticky Note Stories" component of the Mount St. Helens exhibit, with titles like "Engulfed by a Mushroom Cloud" and "Like a Nuclear Bomb Had Gone Off."

The Spokane County Library District also plans to share photos, citizens' memories and videos (collected for what had been envisioned as a multi-branch exhibit at its 11 locations) commemorating the Mount St. Helens anniversary on its social media accounts on Monday. Find more on Facebook and Instagram.


Mission Debrief: Earthquakes and Volcanoes, 1 pm The Smithsonian is hosting a live chat online to discuss its "Shake, Rattle and Roll" episode of the STEM in 30 series.

Mount St. Helens and the Cascade Range Volcanoes, 6:30 pm
The Pacific Northwest Seismic Network hosts this talk, with an audience Q&A starting at 8 pm. Watch the seminar with four Northwest scientists discussing Cascade Range tectonics, volcanoes, volcanic hazards and how monitoring volcanic and seismic activity has evolved in the past 40 years. The event can be streamed on the network's YouTube channel and Facebook page.

Science Pub: Mount St. Helens Eruption 40th Anniversary, 6:30 pm
The Oregon Museum of Science and Industry (OMSI) is taking is popular Science Pub series online with this Facebook and YouTube livestream. The event kicks off with a trivia round, and is followed by a Q&A. Order some beer and pub food to-go to make the experience complete. The museum is asking participants to consider making a $5 donation for tuning in.

Washington State Parks posted a preview of an oral history project it's been working on for the past year to collect stories of those who lived around Mount St. Helens before, during and after the eruption. Head to this blog for some fascinating memories collected for the project.

The Cowlitz County Tourism's Mount St. Helens website has lots of interesting facts and information about the eruption event, and what to know if you plan to visit the area when it's safe to travel.

The Gifford Pinchot National Forest, which is home to the Mount St. Helens National Volcanic Monument, recently shared two informative videos on its Facebook page, one is from the U.S. Geological Survey and the other is a dramatic reenactment of Mount St. Helens' eruption and aftermath.

The Mount St. Helens Institute is offering a fun way to commemorate the eruption's anniversary with a bingo card of safely distanced indoor and outdoor activities, including participation in many of the virtual exhibits and online learning opportunities listed here.

For more photos, facts and other historical throwbacks, the USGS Volcanoes Facebook and Twitter accounts have been publishing daily posts leading up to the Mount St. Helens eruption's anniversary, with "this day, 40 years ago" recaps compiled from newspaper accounts, photographs, scientists' observations and how the public was reacting to the frequent geologic activity unfolding at the volcano, starting about two months before the eruption. The USGS Volcanoes accounts plan to post more throughout the day on May 18 with updates of what happened then, 40 years ago, and in the days that followed, through May 31. 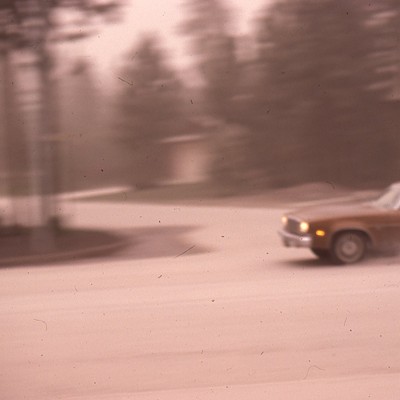