Why hip, young creative folks are spending the summer in Moscow 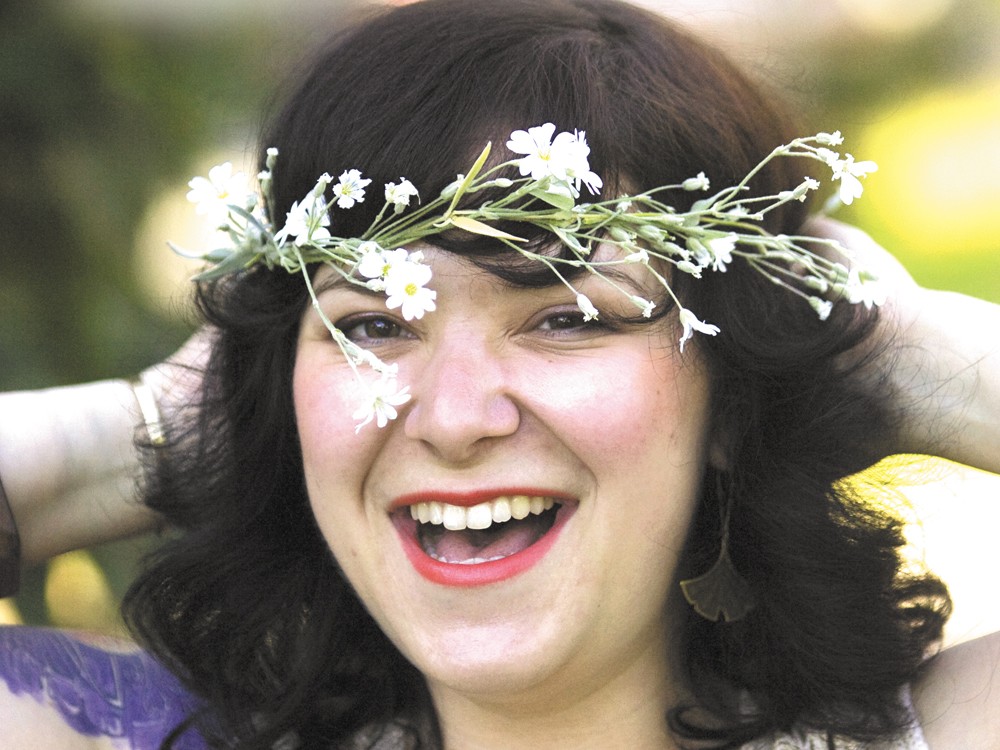 alicia Carlson
“I told my boss, ‘I’m going to a commune in Idaho, and I can’t work for you anymore,’”
Sofya Yampolsky used to play by the rules. Out of college, with a master’s degree in hand, she moved to San Francisco where she landed a solid job as a web designer at a small start-up company. In every sense, she was following that universal yet unspoken plan laid out for all American twentysomethings: Finish school, get a job in your field, relocate to a hip city, be happy.

And then she walked away from all of it.

She was, and she’s not the only one. Yampolsky is one of some 40 people from all across the country who have opted to leave their lives for a bit. Their plan is to gather in one place temporarily, where they can live what they’re saying is “like summer camp but with more potlucks and no curfew.” They’re calling it Summer Commune, and of all the places to gather, they’ve decided to call Moscow, Idaho their new home.

Josh Heller is 28, soft-spoken, bearded and has the kind of warm disposition that makes him instantly likeable. Maybe that’s why Heller, a writer and former television producer who lives in Southern California, has been able to convince so many people to get behind his Summer Commune project.

Heller and his girlfriend, Nicole Kelly, 27, a graduate student in writing at the University of California Irvine, began developing the idea a little over a year ago when Heller noticed one of his blog posts — a rough outline of what would later become Summer Commune — received an unusual amount of attention.

“Forty people responded positively to it, and so I was like, ‘This idea has wings,’” says Heller.

So the idea began to grow. They wanted to facilitate a temporary summer meetup of a self-selected group of people. There would be the community-centric elements of a commune, but members would have the autonomy to live where they wanted and participate in whatever activities they wished. A college town provided both artistic resources and a host of summer sublets, making housing cheap and easy.

After extensive Googling, they compiled a list of cities that fit the bill, then whittled it down to just three: Hudson, N.Y., Iowa City, Iowa, and Moscow. It was put to a vote, and Moscow won out in an online poll.

“I think that people were drawn to the mythology of the West,” says Heller. “There’s this spirit to do something new.”

With the city selected, a rapidly growing online group of followers and coverage from hip websites such as the Awl, Heller’s idea began to take flight.

A recent Associated Press article pointed out that, for the first time since 1920, cities are surpassing suburbs in population growth. It’s a change that can be traced back to the 18-to-29-year-old demographic either moving to or remaining in their bustling metropolis of choice. Public transportation, an abundance of nightlife activities, and access to employment are part of the appeal, but this group is also particularly prone to holding down low-wage jobs, being unable to own real estate, and many are crushed under thousands of dollars worth of student loans.

It’s this sort of stalemate climate that Heller says is, in part, facilitating Summer Commune in the first place. It’s an opportunity — or, for some, an excuse — to make a change that’s as simple as dollars and cents.

“The entry-level concept [of Summer Commune] is that the rent is too damn high, and that you can live somewhere else cheaper,” says Heller. “It’s a very economical decision.”

For people like Heller coming from cities, there’s no doubt that it is — a quick browse through Craigslist proves as much: A sixth-floor studio in Brooklyn is $1,095 per month; $975 will get you 458 square feet and a kitchen with “deco tiling” on Capitol Hill in Seattle; and for only $500 a month and a $300 deposit, you can rent a room in West Hollywood. The only catch is that it’s someone’s living room.

By subletting their places in the city, many commune participants are able to actually save money by moving to Moscow, especially those who are able to work remotely or telecommute. This appeals especially to freelancers like Heller and Yampolsky.

Beyond the monetary element, though, those who attend Summer Commune do so with the intent of actually integrating into the Moscow community. They’ve taken an active approach, meeting with city leaders and established artists, volunteering at community gatherings and hosting their own events — anything from drawing groups to poetry readings to potlucks.

“It was so easy to walk to people and say, ‘I want to do this, can I do it?’ and they were like, ‘Sure,’” says Kelly, who along with Yampolsky, has been organizing most of the events. It’s a step outside their usual routine; both say taking charge and rallying people isn’t something they’d do back home in Los Angeles or San Francisco.

These efforts have effectively caught the attention of the community.

“Most of them offer a perspective that is far more urban than what we have, so I think that’s really important,” says David Giese, chair of the Moscow Arts Commission and professor of art and design at the University of Idaho. “The more outside communications that are developed, the stronger here people become.”

It’s easy to look at Summer Commune and see it as a vacation. And parts of it are. But it’s also a social experiment in how young people can change the hand they’ve been dealt.

“I suddenly realized that what Josh and Nicole were doing, at least the way I viewed it, was trying to create, to carve out an alternate vision for how you could live in the world and that you didn’t necessarily have to pursue a career and job and salary accomplishments, because they clearly weren’t working out for us so far,” says Yampolsky. “So it’s like, why not try something else?”

As she approaches her 30th birthday this August, Yampolsky and her friends have been reflecting on what they have to show for their 20s. She says across the board her friends are questioning their situations, regardless of whether they’re business consultants or bike messengers. What she’s experienced so far in the two weeks she’s been here has changed her stance on what she thought life had to be like.

“Other than resentful, I felt like all of the structures that I had sort of built up around what my life was about were gone, and that made me feel really free,” says Yampolsky. “I’m free.”

Visit summercommune.com for a schedule of events and more.