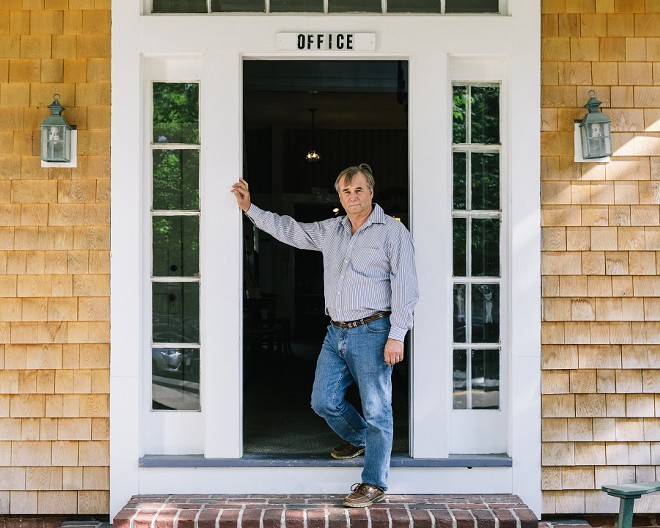 Elizabeth Cecil/The New York Times
Rob Hurst, manager of Edgartown Commons on Martha’s Vineyard, was unable to get visas for five Jamaican workers who had long worked at the hotel, in Edgartown, Mass., Aug. 31, 2018. Corporate leaders are claiming the Trump administration has made it harder to hire foreigners by denying visas, requiring more information and delaying approvals.


The Trump administration is using the country’s vast and nearly opaque immigration bureaucracy to constrict the flow of foreign workers into the United States by throwing up new roadblocks to limit legal arrivals.


The government is denying more work visas, asking applicants to provide additional information and delaying approvals more frequently than just a year earlier. Hospitals, hotels, technology companies and other businesses say they are now struggling to fill jobs with the foreign workers they need.

With foreign hires missing, the employees who remain are being forced to pick up the slack. Seasonal industries like hotels and landscaping are having to turn down customers or provide fewer services. Corporate executives worry about the long-term impact of losing talented engineers and programmers to countries like Canada.

At Northwell Health’s pathology lab on Long Island, a new doctor’s cubicle stands empty, her computer and microscope untouched. Other residents started July 1, but she is stuck in India’s Punjab state, held up by unexplained delays in her visa.

A few months later, the president endorsed legislation that would cut legal immigration by half. The bill was introduced by two Republican senators, Tom Cotton of Arkansas and David Perdue of Georgia. But Republican leaders in Congress have not advanced it.

Some lawmakers say Trump is using administrative means to reshape immigration policy because those changes have stalled on Capitol Hill.

In practice, businesses say the increased red tape has made it harder to secure employment-based visas.

A recent analysis of government data by the National Foundation for American Policy, a nonpartisan research group, found that the denial rate for H-1B visa petitions for skilled foreign workers had increased 41 percent in the last three months of the 2017 fiscal year, compared with the third quarter.

In a statement, U.S. Citizenship and Immigration Services said the administration was “relentlessly pursuing necessary immigration reforms that move toward a merit-based system.” It added that all petitions and applications were handled “fairly, efficiently, and effectively on a case-by-case basis.”