Conan's return to late-night is a success, but the goofiness torch has been passed. 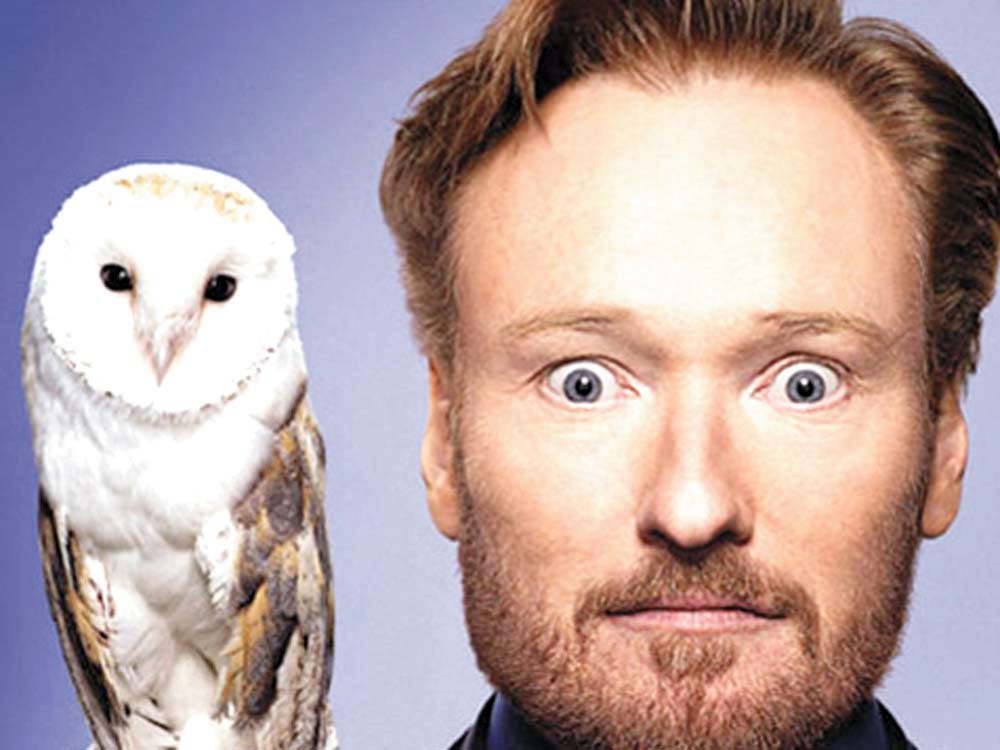 A) There is no owl in this show. B) There should be.

This was never supposed to be a review of The Late Late Show with Craig Ferguson. It was supposed to be a celebration of Conan O’Brien, triumphant talk-show host. The guy who got screwed over, the guy who got fired and then flipped his boss a three-month-long middle finger across the entire country. He’s the victim, he’s the hero, he’s the six-foot-tall millionaire little guy. He’s the underdog who won by losing.

And, make no mistake, he’s funny.

But Craig Ferguson has become more Conan than Conan.

Craig Ferguson is the heir to Conan’s one-time comedic anarchy. Ferguson uses puppets. He begins shows with elaborate lip-syncing numbers. He bleeps out swear words by covering the speaker’s mouth with the crude French flag and replacing the sound with “ooh-la-la.”

Andy Richter, Conan’s ever-loyal and hilarious co-host, is the best part of Conan’s new show. But Ferguson, lacking a co-host, hired one of the Mythbusters guys to build him a robotic skeleton co-host that spouts sassy catchphrases. Point, Ferguson.

The problem is that he’s no longer pounding at the walls of what a late night show could be; he’s no longer daring to experiment. Late-night television can be about the comfortable. That’s Jay Leno. That’s Conan now. Or it can be the stuff of Letterman, Ferguson and the glorious, nothing-to-lose last days of Conan’s Tonight Show: risky comedic chaos.

Sarah Palin’s Alaska
You can’t own Alaska, man. But Sarah Palin is trying, stamping her folksy backwoods cattle brand onto all 663,000 square miles of the state. Let Palin be your travel guide. Let her make ham-handed political analogies to things in nature (“See, mama grizzly puts her cubs in charter schools,” perhaps) while we TV critics make easy jokes about the irony of Sarah Palin having a show on The “Learning” Channel. (TLC, Sundays, 9 pm)

Strange Days with Bob Saget
“Every day is a strange day when you’re surrounded by the wacky comic stylings of Bob Saget!” the reviews will inevitably read. Saget, handsome as ever, plays the part of a modern-day Hunter S. Thompson, digging deep into America’s seedy pockets. He’ll ride with bikers, search for Bigfoot and pledge an Ivy League fraternity. Will he talk in comical high-pitched animal voices? Only if it comes to that. (A&E, Tuesdays, 10 pm)

Man vs. Food marathon
Is there a more fitting show to celebrate Thanksgiving’s ode to gluttony? (Travel Channel, Thursday, 9 am)