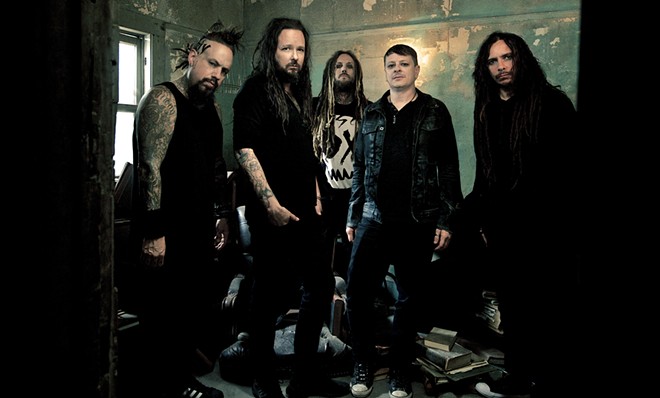 Dean Karr photo
Korn perform alongside Breaking Benjamin on Feb. 26 at the Arena.
Nu metalheads, rejoice! Two of the biggest hard rock bands of the late '90s and early 2000s — Korn and Breaking Benjamin — are swinging by the Spokane Arena on Feb. 26.

Price points for the show have not been announced, but we'll update as soon as we get the info.

The co-headlining tour will continue Korn's support of their latest album The Nothing, while Breaking Benjamin is still set to release a new LP called Aurora, featuring a roster of guest artists on "reimagined" versions of the band's best-known songs.

Tickets for their Spokane gig go on sale this Friday, Nov. 1, at 10 a.m. through TicketsWest.