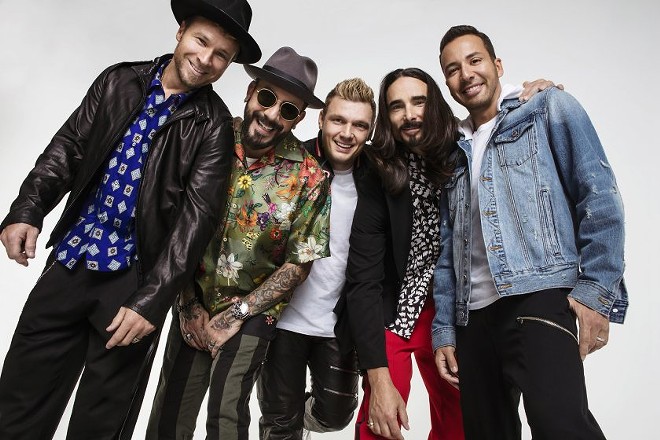 Dennis Leupold
The Backstreet Boys are set to hit the Spokane Arena on Aug. 7.
How's this for extremes? One of the biggest '90s boy bands and two of the most revered heavy metal bands are heading to the Spokane Arena in the second half of 2020 — not together, mind you.

First up, the Backstreet Boys bring their world tour to the Inland Northwest on Aug. 7. The quintet has been riding high since reuniting its original lineup in 2010, selling out arenas around the country and releasing a No. 1 album called DNA last year. Tickets start at $24.50.

Nov. 10 brings head-banger royalty, with Megadeth and Lamb of God on a co-headlining tour supported by Trivium and In Flames. Megadeth is returning to the touring life following frontman Dave Mustaine's throat cancer diagnosis, and Lamb of God is set to release a new self-titled album this spring. Tickets start at $29.50.

You can buy those tickets starting Friday, Feb. 14, through TicketsWest. If you're looking for last-minute Valentine's Day gifts, here you go.