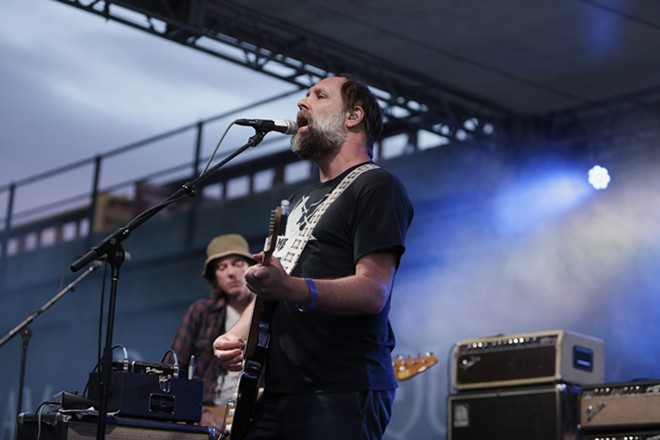 Young Kwak
Doug Martsch of Built to Spill performing at the 2017 Volume Music Festival. The band plays Lucky You Lounge on June 20.

Lucky You Lounge is filling out its spring and summer concert schedule, and anyone who came of age in the '90s is likely going to be pleased with a couple of these upcoming shows.

On May 8, the Lemonheads, the primary project of singer-songwriter Evan Dando,  will perform at the Browne's Addition venue. One of the great power-pop bands of the grunge era, the Lemonheads became college radio staples with their 1992 album It's a Shame About Ray and their jangly cover of Simon & Garfunkel's "Mrs. Robinson." Last year saw the release of the covers collection Varshons 2, the band's first album in a decade. Tickets start at $25.


And the following month, Idaho's Built to Spill is set return to the Lucky You Lounge on June 20, almost a year to the day they last performed there. Doug Martsch and company recently announced an album of Daniel Johnston covers, commemorating the revered singer-songwriter who died in September, so expect some of those tracks mixed in with a collection of older tracks. And Martsch has yet another new band lineup, completely different from the one that came through last summer.

Tickets for both shows go on sale this Friday, Feb. 28,  through Ticketweb. All shows at Lucky You are 21+ only.