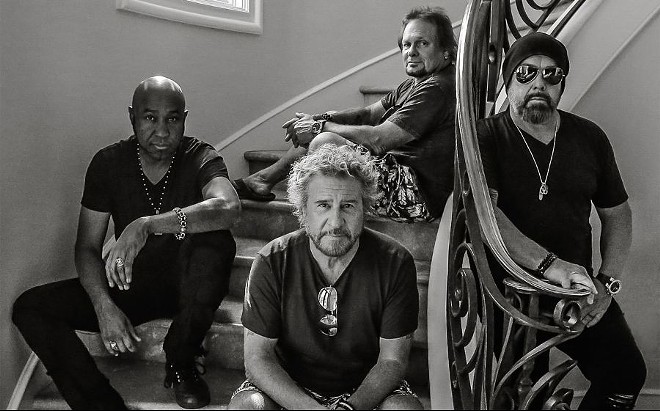 Sammy Hagar and the Circle returns to Northern Quest on Aug. 22.

Spokane's upcoming concert schedule keeps adding some big names, and one of them is rapper Machine Gun Kelly, who is set perform in the Riverfront Park Pavilion on Oct. 12. His recent album Tickets to My Downfall was released mid-pandemic and found him pivoting to a punk-influenced sound, and his delayed tour kicks off in the fall.

Northern Quest Resort & Casino has also added some new shows to their outdoor summer concert series. On Aug. 20, '90s alt-rock hitmakers Collective Soul ("Shine"), Better Than Ezra ("Good") and Tonic ("If You Could Only See") are all performing in Airway Heights, and then on Aug. 22, Sammy Hagar and the Circle will hit the Northern Quest Stage.

Tickets for both shows go on sale this Friday.