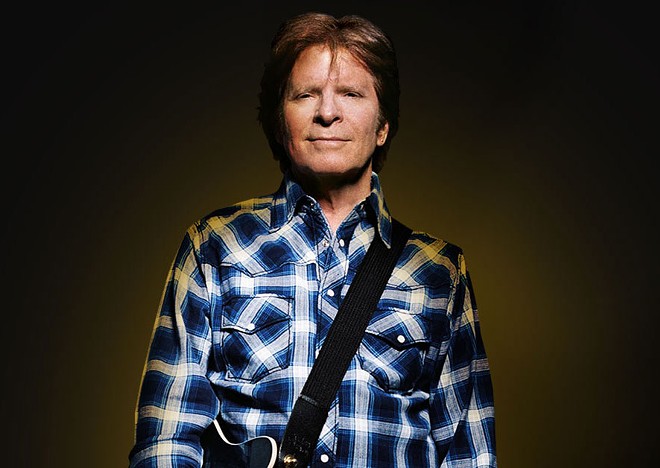 Loud guitars, a steady diet of hit songs and one of the more distinct voices in American music history — the John Fogerty show at Northern Quest Resort & Casino Tuesday night delivered everything one could hope for from the ex-Creedence Clearwater Revival leader and Rock 'n' Roll Hall of Famer.

Accompanied by a crack band led by his guitar-playing son Shane and including a three-piece horn section, Fogerty hit the stage shortly before 8 pm decked out in a space-themed jacket and proceeded to crank through 25 songs over the course of nearly two hours.

Most of those songs came from the ridiculously deep Creedence catalog, but Fogerty made sure to touch on his solo career ("Rock and Roll Girls," "The Old Man Down The Road," "Centerfield"), his influences (a mini-set of New Orleans-themed covers) and even new material (a surprisingly strong "Holy Grail," a song he recently co-wrote and recorded with ZZ Top's Billy Gibbons).

Fogerty kicked off with raucous takes on "Travelin' Band" and "Hey Tonight," and the sound was a little scattered, but soon enough the sound man and band were locked in, leading to some transcendent moments over the course of the night, particularly when Fogerty attached "Green River" with some vivid guitar solos or when the New Orleans suite of "My Toot Toot"/"Jamabalaya (On The Bayou)"/"New Orleans" gave way seamlessly to the loping bass intro of "Down On The Corner."