CONCERT REVIEW: The Alarm conjures peaceful vibes via stirring set at the Bing 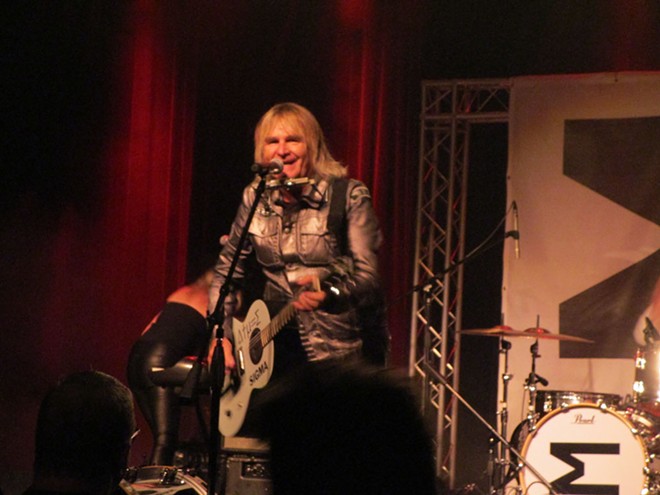 If there were any concerns that the Alarm's leader Mike Peters might be unable to headline a lengthy tour after his long battle with cancer, he pushed that aside Wednesday night in Spokane.

He bounded between three different microphones to belt out the Alarm's signature songs of self-empowerment, social change and personal growth. His voice has certainly aged — he's 60, after all, and singing songs mostly penned in his 20s — but still sounded strong. And he didn't pause often during the Alarm's hour-plus on stage, a rapid-fire run of mostly '80s-era band favorites that capped a night that was distinctly geared toward fans of that era's music.

Taking the stage at the Bing around 10 pm in a silver military jacket and holding an acoustic guitar, a harmonica-holder strapped around his neck, Peters kicked off the Alarm's set with a new song, "Blood Red Viral Black," a tune written while his wife and bandmate Jules went through drastic cancer treatments of her own three years ago.

The crowd was already on its feet to greet Peters on his first Spokane visit since a mid-'80s gig at the Spokane Coliseum opening for Pat Benatar, and the band kept the audience at attention by quickly following with the song that introduced most Americans to the Alarm, "The Stand."

Dan Nailen photo
The Alarm made their first stop in Spokane in 35 years Wednesday night.
After another relatively new song that had Peters exhorting the fans to flash peace signs in the air, "Peace Now" from 2018 album Equals, the band tore into a string of songs that made the Alarm an MTV and alt-radio favorite three decades ago. "Rescue Me" led into "Sold Me Down The River," and after another new tune, "Psalm," the band barreled through "Strength," "Rain in the Summertime," "Spirit of '76" and "68 Guns" before an encore that Peters said was the first time this tour the band has played "Blaze of Glory," another of the band's earliest tunes.

All in all, it was a satisfying-if-short Alarm show, one that included pretty much every old "hit" we fans of a certain age would want to hear, and some powerful new ones. Truly, though, just seeing this rock 'n' roll lifer on stage with his wife and bandmates — and with his adolescent son running around the venue, too — delivering a winning show was great given what the Peters have gone through in their lives off stage.

The Alarm's time on stage came on the heels of a couple of other bands from yesteryear. Gene Loves Jezebel opened the show, and while I've always enjoyed their glammy tunes like "Jealous" and "Desire," the crowd was staunchly planted in their chairs. The energy for GLJ was, in a word, bad.

Modern English had an easier time of it, goading the crowd to its feet early in their set, and providing a surprisingly raucous set of songs like "Moonbeam" and "Gathering Dust" before reaching their inevitable (and still excellent) set-closer, "I Melt With You." 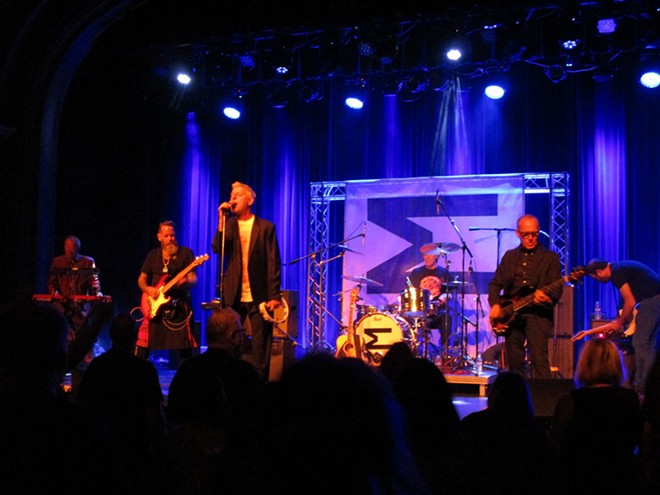 Dan Nailen photo
Modern English got the crowd engaged early in their set.