Boots Bakery and Lounge plans to marry cocktails and cupcakes. 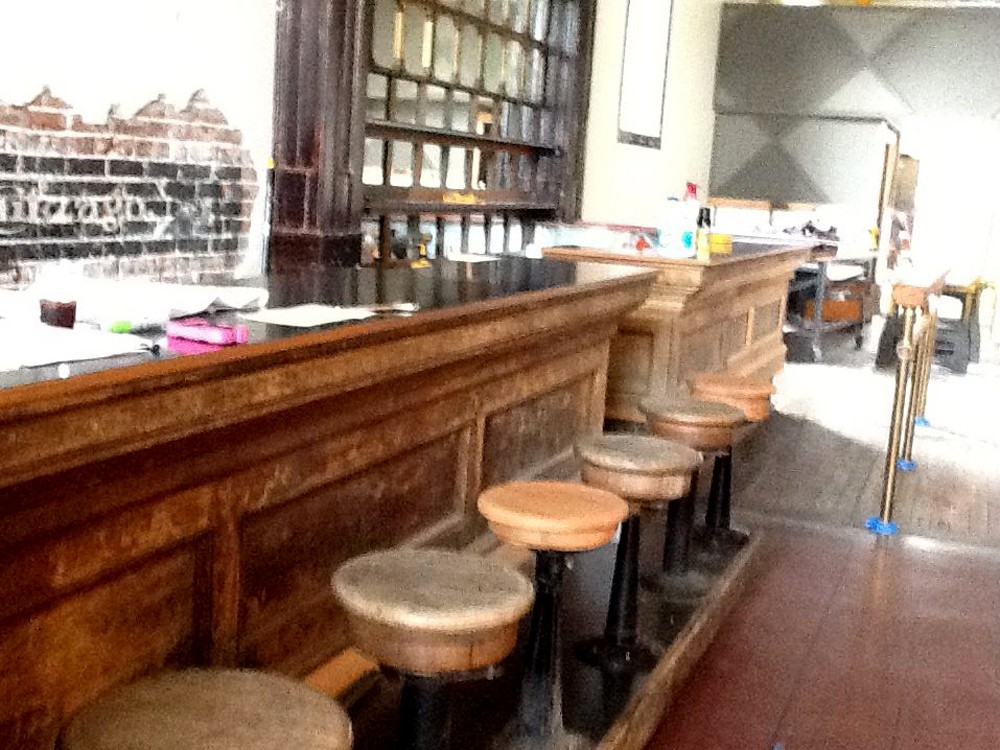 Boots Bakery posted this photo of their bar on their Facebook page.

It’s been a long time coming. Curious passersby peep through the windows of Boots Bakery and Lounge, eagerly anticipating the debut of Spokane’s first bakery/bar.

“It’s just the two things I’ve always done,” says owner Alison Collins as she inspects a freshly installed mid-century medicine cabinet at the downtown space that is soon to open.

As humble as she may be about her undertaking, any foodie can tell you Boots has a chance to be a big deal. In the vegan community, Collins holds a celebrity-chef status for her contributions to Mizuna’s repertoire, specifically their vegan carrot cake (and yes, the carrot cake will be at Boots and in cupcake form). Behind the bar, she slings thoughtful, simple drinks, often created at the spur of the moment, and always with the recipient in mind.

The idea was sparked last August, when, at a wedding, friend, fan and building owner Dan Spalding asked Collins why she hadn’t opened her own place. Initially she was dismissive, but after several people hounded her and soon fans became investors, throwing money at her, she gave it a second thought.

“It’s really hard to pass up when that many people believe in you,” she says.

Nine months and countless all-nighters later, Collins sits on a booth designed by Erin Carden, whose medicine cabinets will become an interactive installation filled with trinkets and mementos. Each one of the tables lining the eastern wall will feature an eclectic collection of work by local artists, from Tiffany Patterson’s dreamy psychedelia to Sarah Moeser’s magnetic sand table.

The menu will be as eclectic as the decor, featuring some soups, salads and quiches, all of which will either be vegan or vegetarian. Sweets will take center stage, and Collins has plenty up her sleeve: Think vegan breakfast cookies, boozy popsicles, and sweet drinks swirled with house-made syrups. Several roasts from Roast House were chosen to be featured in the restaurant and will be served steaming in the morning and featured in cocktails come nighttime. Oregon tea microbrewer My Chai will be the house tea.

As for an opening date? Any day now. She promises.

“We’ve got a couple of inspections left, but we should be up and running by next week,” says Collins.