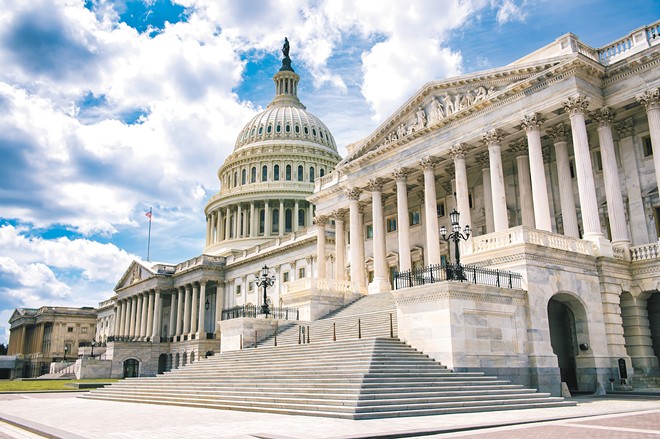 Congress again has the chance to make legalization happen nationwide.

Once again, Congress is taking on cannabis legalization. But is there any reason to believe the government won't continue to punt on an overwhelmingly popular issue? Probably not.

The Marijuana Opportunity, Reinvestment and Expungement Act, or MORE Act, is working its way through Congress. On Sept. 30, the House Judiciary Committee passed the measure by a 26-15 vote. As a result, the MORE Act is now eligible to be voted upon by the full U.S. House of Representatives. If passed, it would go to the Senate and ultimately to President Joe Biden's desk for signature to become law of the land.

Should this bill become law, cannabis would be legalized at the federal level and a series of social justice changes will follow, including expunging some cannabis convictions and requiring equity rights to a potential new market in the world of cannabis. If this sounds familiar, that's because it should.

This isn't the first time the MORE Act has made its way through the Judiciary Committee. Legalization efforts have made it this far multiple times before, but each has stalled out somewhere between this phase and becoming law.

Once upon a time, not all that long ago, simply making it out of committee was a historic moment for cannabis legislation. Now though? Lawmakers are rehashing the same issues year after year, and then punting.

The MORE Act itself has reached this point before — as recently as just last year. The MORE Act was introduced in the House by Rep. Jerrold Nadler, a New York Democrat, during the previous session of Congress. It made it out of committee in 2020 and was eventually passed by the House, but it was not taken up by the Senate before the end of that Congress' term. Could Nadler's bill make it all the way through this time?

It could, but if history is a guide, it won't.

Cannabis simply isn't a priority at the federal level right now. Giant infrastructure bills and government funding are front of mind for both parties, and the midterm elections are coming up uncomfortably soon. Despite the overwhelming, and growing, support for cannabis legalization among the American people, it appears Congress is willing to continue to punt on the issue.

Maybe next term. Maybe next Congress. Maybe someday they'll take seriously an issue that is being handled effectively on a state-by-state level while the federal government continues to play hot potato to ignore it. ♦

The original print version of this article was headlined "Ready for MORE?"