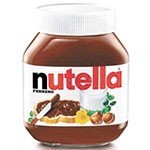 FOOD | Don't freak out, smokers, but the folks at Incredible Edibles have been reading your diaries. The Canadian company has found a way to combine marijuana with everyone's favorite snack spreads — Nutella, peanut butter and jelly. Next time you're in the mood for a little something sweet, reach for CHRONTELLA, PIF and SMOKERS, which take inspiration from Nutella, Jif peanut butter and Smuckers strawberry jam, respectively. Jars of Chrontella and Pif contain 300 mg of cannabis extract, enough for three servings, and go for $23 a pop. It's likely that Smokers' cost and cannabis levels are similar to its fellow spreads. As of now, these products are only available in Canada.

VAPE PEN | After two years of research and development, reggae-rock band 311 recently joined the likes of Snoop Dogg, Wiz Khalifa and other musicians/cannabis connoisseurs with the release of the GRASSROOTS UPLIFTER, a disposable vape pen. The stainless steel pen, available for $65 from speedweed.com, takes its name from the band's second and ninth albums. The pen is pre-filled with 500 mg of DJ Short Blueberry cannabis oil and requires no recharging or refilling. Unlike other vape pens, which shut down after a drag of four to five seconds, the Grassroots Uplifter is designed for drags of up to eight seconds, which allows users to take a deeper pull. It seems like the only thing Grassroots Uplifter consumers have to think about is who to include on their smoking playlist.

WEBSITE | No matter if you're a smoker, marijuana shop owner, lawmaker or simply someone curious about the goings-on of the marijuana industry, the CANNABIS RADIO NETWORK (CannabisRadio.com) is a bookmark-worthy resource. The site is an aggregation of dozens of podcasts covering every aspect of the industry. Along with podcasts discussing marijuana-related laws in 20 states, including Washington and Oregon, the network also features podcasts from the likes of OG cannabis enthusiast Tommy Chong ("The Tommy Chong Podcast"), reformer Russ Belville ("The Russ Belville Show"), cannabis consultant Kyle Kushman ("The Grow Show with Kyle Kushman") and more. ♦