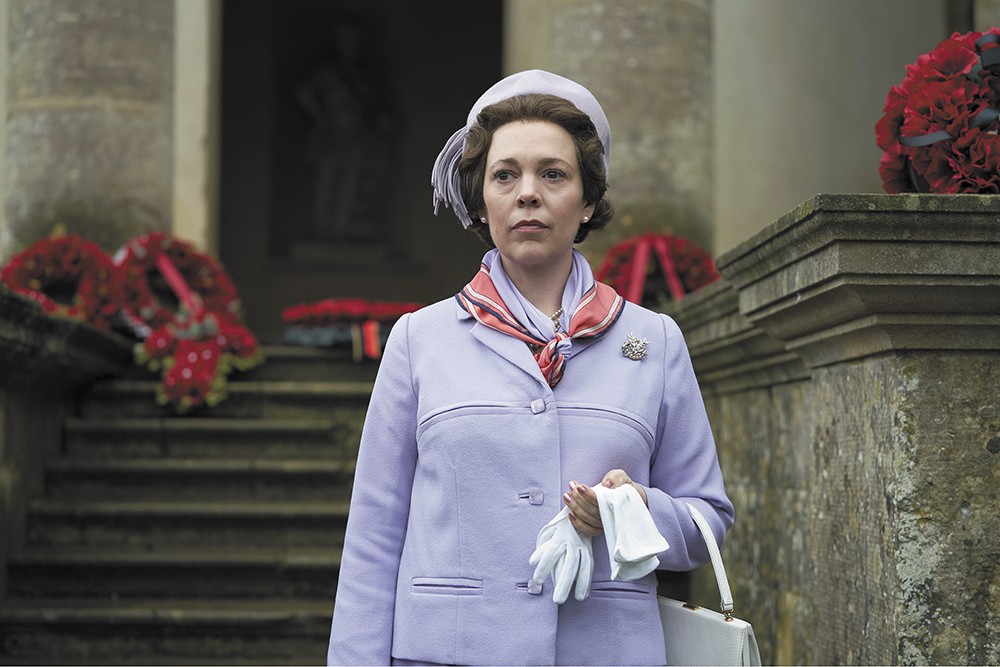 Olivia Colman is the new Elizabeth.

In its third season, Netflix's The Crown

continues to make Elizabethan scholars of us all. A spike in Wikipedia page views related to the royal family is evidence of a common curiosity in the differences between real life and the series.

Despite how interesting those differences may be, they might not really matter.

It's historical, but it's not a documentary. It's a drama — if the Hans Zimmer soundtrack didn't immediately tip that off. The series lies closer to The Tudors or The White Queen than A History of Britain.

The show takes plenty of creative liberties to keep us from getting too weary of the House of Windsor. We know pretty much everything Prince Philip said and did in season two didn't happen, but he bounces off of Elizabeth's amiable nature well as the show's resident asshole. Princess Alice's conversation with a journalist at The Guardian in season three didn't happen either, but it gives us needed insight to her past. The Crown isn't entirely the product of those ventures into the fictional, but they definitely help.

Some might feel betrayed by that — there's plenty of online articles "fact checking" the show's content. But let's think about why people watch the show in the first place.

In season three, even with a time jump and different cast, the characters age gracefully. Olivia Colman replaces Claire Foy as Elizabeth and Tobias Menzies is now Philip. It's been a while since season two in 2017, but it feels like we're starting over fresh, and an older Colman and Menzies do well jump-starting us into considering the breadth of their characters' lives. It requires some gutsy acting to pick up a character someone else played for two seasons, but they are never just doing an impression of someone else's work.

The turnover isn't limited to the queen and prince. The supporting cast is now deeper and more complex, thanks to actors who breathe new life into characters who suddenly are a lot more interesting.

Helena Bonham-Carter's Princess Margaret is vivacious and dynamic — even as her personal life feels like it's closing around her on all sides. Erin Doherty's Princess Anne and Josh O'Connor's Prince Charles tout a fresher, younger perspective, especially considering their characters weren't born when the second season ended.

Maybe it's an American thing to be fascinated with the royal family, with its outsized personalities. Or maybe it's just a damn good show for making the pseudo-history so compelling and human. Take your pick. ♦

Speaking of Buzz Bin , The Crown