Conyers Will Leave Congress in Wake of Harassment Claims 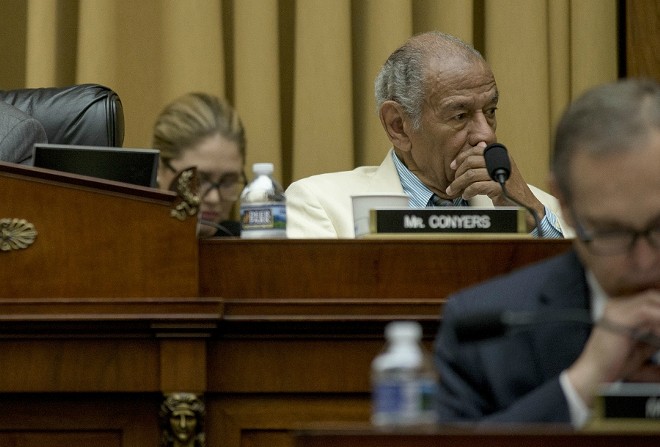 
WASHINGTON — Rep. John Conyers Jr., who faces allegations that he sexually harassed former employees, announced Tuesday that he will leave Congress immediately, and he endorsed his son, John Conyers III, to replace him.

“I am retiring today,” Conyers said from a hospital in Michigan. “I am in the process of putting together my retirement plans. I will have more on that soon.”

He continued to deny that he has harassed any of his former employees and said he did not know where the allegations came from.

“My legacy can’t be compromised or diminished in any way by what we are going through now,” Conyers said. “This, too, shall pass. My legacy will continue through my children.”

The decision sets up a battle within the Conyers family for his Detroit-area House seat. Ian Conyers, a Michigan state senator and the grandson of Conyers’ brother, said he also plans to run for the seat held by his 88-year-old great-uncle.

“His doctor advised him that the rigor of another campaign would be too much for him just in terms of his health,” Ian Conyers said.

The congressman, who took his Michigan seat in the House in 1965, has already stepped aside as the top Democrat on the Judiciary Committee amid swirling allegations of sexual improprieties. He has been facing intense pressure to resign.

Speaker Paul D. Ryan and Rep. Nancy Pelosi, the Democratic leader, have each said Conyers should resign after a woman who settled a sexual harassment claim against him said on television that the congressman had “violated” her body, repeatedly propositioned her for sex and asked her to touch his genitals. Other former staff members have since come forward to say he harassed them or behaved inappropriately.

The younger Conyers said that despite the accusations, he believes Michigan voters will reward his family’s work in politics by electing him.

The congressman “still enjoys healthy support in our district,” he said.